Morocco has become the first African state to provide military assistance to Ukraine, according to French, Czech, and Ukrainian reports. 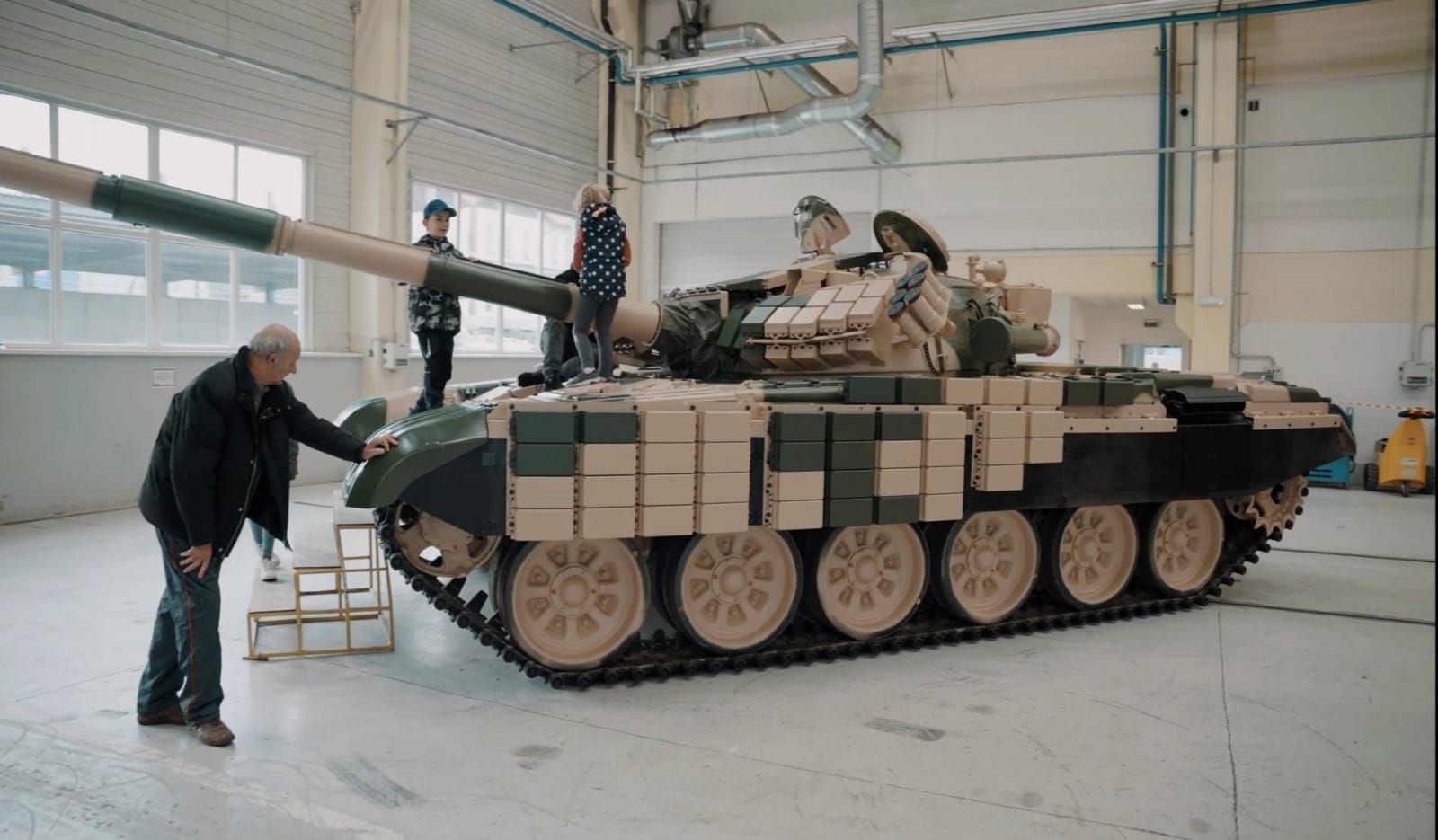 Photo: A Moroccan T-72M MBT after it's upgraded by the Czech company Excalibur. Credit @TheDeadDistrict via Twitter. https://twitter.com/TheDeadDistrict/status/1601255975037517825/photo/3

The decision marks a significant setback for Russia’s attempts to foster African neutrality.

At the request of the United States, the Moroccan government has opted to transfer spare parts for T-72 tanks to Ukraine, the reports said. Moroccan T-72s being extensively modernized by the Czech company, Excalibur, are being diverted to Ukraine, the reports said. The firm said it would send 90 “African” tanks to Ukraine as part of a 2.2bn Czech crown ($97m) contract funded by the US and the Netherlands. Social media images state that the refurbished vehicles are Moroccan. Each tank features improved thermal imaging, night vision, and armor.

There has been no official confirmation from Morocco, which is known to have at least 60 T-72s in storage, and which purchases more than 90% of its arms from the US. Most of its inventory consists of much more effective American main battle tanks. Morocco has a longstanding dispute with its neighbor, Algeria, which has a particularly close relationship with the Kremlin. The kingdom may therefore be more resistant to Russian messaging than others.

Russia has invested heavily in efforts to keep the continent neutral, including the opening of five so-called Russia houses in Africa this fall, which aim to raise the country’s influence, and a constant stream of regime propaganda emphasizing the Soviet Union’s 20th-century role in assisting anti-colonial movements.

The need to maintain that support is clearly important for the Kremlin and it’s easy to see why. Taken as a whole, Africa has provided fertile ground for Russian arguments. At the first key United Nations (UN) vote after the invasion, 28 African countries (out of 54) either abstained or did not vote to condemn Russia’s aggression, including Morocco. In April, when the UN voted to suspend Russian membership of the Human Rights Council, just 10 out of 54 African states backed the resolution, nine were opposed, and 35 abstained or were absent. And in November, when the UN passed a historic resolution requiring Russia to pay reparations to Ukraine, five African states voted against and 27 abstained.

That’s not to say Africa has been indifferent to the war. Ukraine’s role as a provider of basic foods to the world — Ukraine accounts for 10% of world wheat, 15% of corn, and 13% of barley, as well as half of all sunflower oil — made the conflict, and the associated Russian blockade, matters of great importance. Skyrocketing food prices are, after all, the stuff of revolutions.

The United Nations warned of the biggest food crisis in decades. At one point, the price of wheat in Africa was up by 45%, according to the African Development Bank.

The issue began to concern the Kremlin as the consequences of its actions started to affect its friends. “Africa needs food, and the Kremlin needs allies,” as the New York Times wrote, highlighting that 14 of the continent’s states rely on Russia and Ukraine for more than half their wheat imports. Noticeably, when the African Union’s head visited Moscow in June, he referred to Putin as “dear Vladimir” and attacked Western sanctions. Russia allowed Ukrainian grain exports to resume the following month.

Russia meanwhile maintains a drumbeat of activity on the continent. Foreign Minister Sergey Lavrov has traveled extensively in the region to emphasize that the war and its consequences — including rising food prices — are attributable to the West. That message found a sympathetic hearing from the son of Uganda’s leader, General Muhoozi Kainerugaba, who is seen as being groomed to take over from his father, Yoweri Museveni. He praised the Russian invasion on social media, writing:

“The majority of mankind (that are non-white) support Russia’s stand in Ukraine. Putin is absolutely right!”

Russia’s efforts did not begin with its all-out war. In 2019, Vladimir Putin hosted a Russia-Africa Summit that was attended by over 40 African leaders. Within a year, Russia became Africa’s biggest arms supplier, and the Kremlin has blessed the deployment of Wagner Group mercenaries to several African countries including the Central African Republic, Libya, and Mali, where they have been accused of widespread killings, human rights abuses including torture and questionable deals for resources including gold and oil.

Russia continues its efforts to shape African public opinion through its state-run television network RT, formerly known as Russia Today, which has been taken off air in much of Europe and North America. RT announced earlier this year that it will open a new bureau in Johannesburg, South Africa, after it was removed from a continent-wide broadcasting platform. In July, Ugandan television said it would rebroadcast two RT bulletins daily.

Russia’s disinformation campaign has had some success, as researchers from Brookings discovered when they examined African audiences on Twitter. They found that almost 80% of tweets relating to Russia’s war “perpetuate the claim that Ukrainians are Nazis and/or that Russia is fighting fascism in Ukraine.”

Western states have had less success in turning the tide against Russian disinformation, and Ukraine too has struggled. It has recognized the need to engage but does not appear to have the ear of senior African leaders courted by the Kremlin. It took two months for the African Union to schedule a hearing at President Volodymyr Zelenskyy’s request, and even then only four heads of state followed it live.

Zelenskyy’s message might have been tailor-made for Africa. As the leader of a small country invaded again by its longstanding ruler and oppressor, the same country that triggered an African food crisis, Ukraine might reasonably expect some sympathy. “Russia is trying to conquer our land, to turn Ukraine into a Russian colony,” he told them. However, his message was largely ignored.

Both Ukraine and the West have a lot of work to do in reversing Russian influence. Continued diplomatic efforts from the United States will be vital in this process, as Africa’s importance and economic strength continue to grow.

Morocco’s military aid — if confirmed — is an important win, but much, much more needs to be done.

David Kirichenko is a freelance journalist covering Eastern Europe and an editor at Euromaidan Press. He can be found on Twitter @DVKirichenko.