The war in Ukraine is not a dog fight 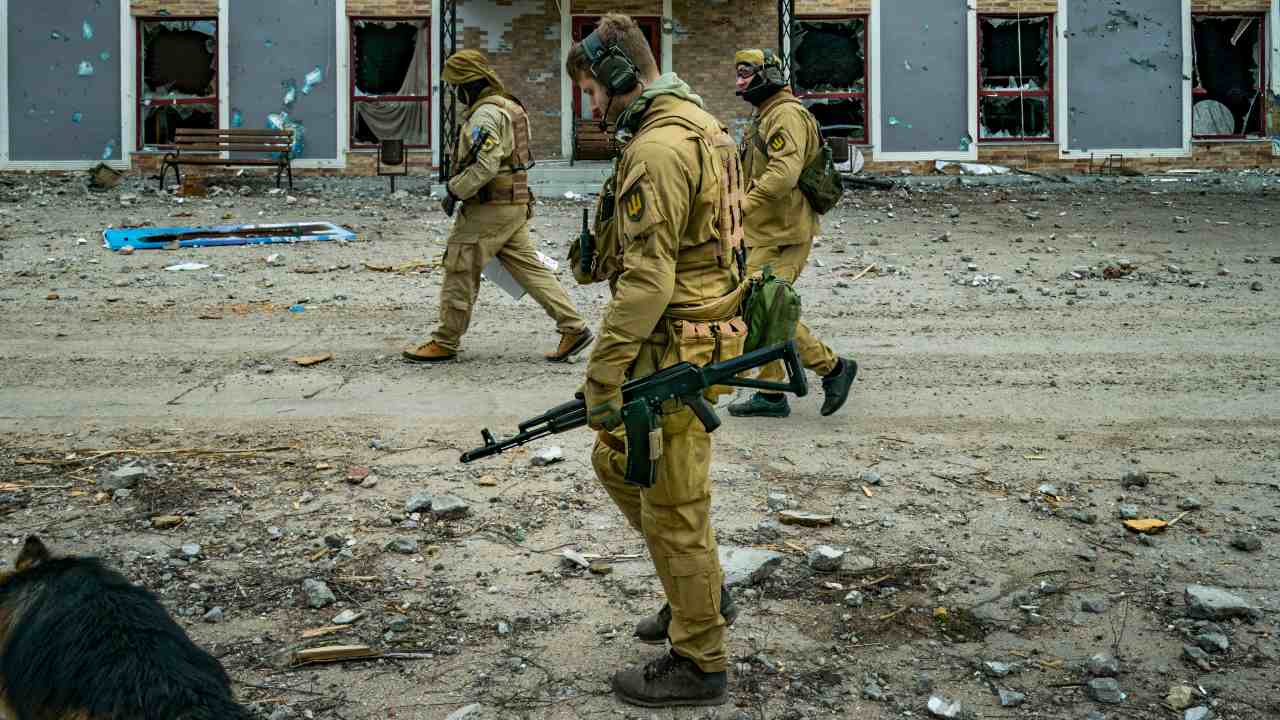 Photo: Ukrainian soldiers patrol in the frontline of Mykolaiv surrounded of the destruction after the russian shelling over a village, Ukraine. Credit: Photo by Celestino Arce/NurPhoto.

The Roman empire had the Colosseum. The modern world has gladiatorial radio programs. I donned a rhetorical sword and shield last week and joined the fray in the Moral Maze, a flagship discussion show on the main BBC speech channel, Radio 4. The topic was Ukraine, framed with the question: “What should western countries do next?”

I arrived grumpy and left angrier. One reason, was details. The host, a BBC grandee, mangled my Ukrainian fellow contributor’s surname. She shrugged this off. I did not. Such bigwigs usually take exquisite care to pronounce French or Italian names properly. But “east European” names are just alphabet soup. Who really knows how to pronounce them? Who cares? It underlines the idea that Ukraine is distant and different.

I had only a few minutes to deal with the other protagonists’ arguments. War is bad (who knew?). We should be “careful and sensible” (remind me — who’s in favor of recklessness?). NATO is to blame for our difficulties with the Kremlin. Putin’s talk about restoring the Russian empire is merely “flamboyant” language. The phony desire for balance, as so often, trumps the search for truth, bogged down in sanctimony, myth-making, and kneejerk anti-westernism.

But the real reason for my anger was framing. I missed any sense of immediacy or urgency. It is a fair bet that a dozen or more Ukrainians were killed and maimed in the hours it took to prepare and broadcast the program. But we cannot hear their screams and we do not know their names.

Also unclear are the assumptions behind the title. What is meant by “western countries”? Is it just the big rich countries of the “old West”?  Or does it include Russia’s neighbors, which are also members of the European Union and NATO? Who has the luxury of deciding what to “do next” — ie, whether to get involved or not? The implicit assumption here is outsiders are spectators, watching a fight between wild animals. They may choose to intervene (and risk getting bitten). Or not. The contest may be unfair, the outcome cruel. But it is not our fight.

I must have missed the sale of tickets for the trip to another planet, one where Russian imperialism is no longer a threat. As I have repeatedly tried to explain, we in the “old west” own this problem because we enabled it. Estonians, Latvians, Lithuanians, Poles, Czechs, Slovaks, Ukrainians, and many others warned us about the threat from Russia back in the 1990s. Westerners dismissed these warnings, because we were ignorant, arrogant, complacent, and most of all greedy. Belatedly, we did the minimum, or less, that was asked of us to deter Russia. The result is that tens of thousands of people are dead; hundreds of thousands have life-changing physical or mental injuries. Millions of lives are shattered. Even if the war stops tomorrow, Ukraine faces a generation of psychological, social, economic, and political torment, akin to the traumas faced by post-war France. And what does our commentariat do? It pontificates on a radio program.

The old motto of the 1863 uprising against Tsarist autocracy, “For Your Freedom and Ours”, has never been more relevant. On Ukraine’s fate turns the future of Belarus, of Poland, of Lithuania — and indeed of Russia. For me, schooled by thirty-plus years of experience in the region we used to call “eastern Europe” the resonance is indeed deafening. In the confines of a London radio studio, it is muffled. Yet the war’s outcome will shape Europe’s future, and — given the danger of nuclear aggression if Putin wins — the world’s. A radio program on that would be interesting.