A new government is doing what it can, but it’s really time for Western Europe’s big states to demonstrate much more ambition for its eastern borderlands. 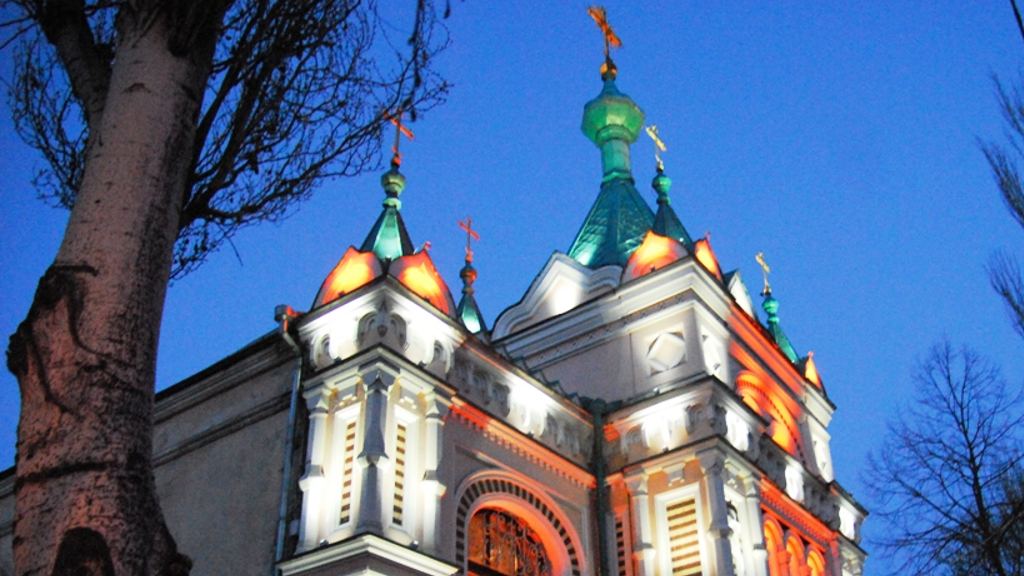 Springtime in an Eastern European city. Flowers bloom in the parks, trees artfully planted in lines. People hanging out on the terraces of downtown coffee places, Russian voices mixing with local and foreign languages. A touch of post-communist decay blends easily with modern malls and frenzy. Running the show, a relatively young and energized team of pro-European reformers keen on tackling graft and kick-starting the post-pandemic economy. Their vision: to put the country firmly on the road towards a “Europe” offering a future with better prospects.

You could be forgiven for thinking this was Ukraine, for the atmosphere in its cities was very much like this a year ago. Alas, this is Chisinau, the capital of Moldova, a country led by two women — President Maia Sandu and Prime Minister Natalia Gavrilita. They have been forced to adapt their modernizing agenda amid deteriorating regional security, including Russian threats to expand the war to their country, through the Russian-occupied region of Transnistria.

This is no empty threat. Nearby Odesa is shelled by Russian warships in the Black Sea, and so too is the critical Zatoka drawbridge that links Ukraine to its neighbor, Romania, a European Union (EU), and NATO member. Further along that Black Sea shoreline, Mariupol is rubble and death.

The feeling of bliss in the streets of Chisinau is therefore misleading. Government officials convey a sense of uncertainty; although they are also much calmer than some of the panicky headlines about Moldova might suggest. April’s explosions in Transnistria seem to bear the marks of false flag attacks by Russian security services, or their proxies. Yet, as a senior Moldovan government adviser told this author: “Transnistria is the perfect kleptocracy enjoying the best of both worlds: access to the EU through Moldovan passports and the [EU] Association Agreement, and illegal trade flows with Ukraine. The leaders at Tiraspol do not want to risk that.”

Rather than developing another front against Ukraine (Moldova is on its southwestern border), Russia’s main goal appears to be destabilizing the largely Romanian-speaking country (and its neighbor Romania.) Moldova treads a fine line with Russia – it is completely energy dependent on the Kremlin and around 320,000 of its citizens live there, with many sending remittances home. But it has quietly enforced financial sanctions and joined votes to kick Russia out of key international bodies. Kremlin mouthpieces have attacked Sandu, with propaganda outlets following suit.

The war’s impact has undermined the macroeconomic fundamentals and harmed the government’s ability to pursue its economic agenda. Inflation has spiked up to 27%, and so have energy prices. While Moldova has carried a disproportionate burden in welcoming Ukrainian refugees, the more than 90,000 that have stayed also have an impact on strained services — something Russian disinformation is exploiting.

Many here look to the EU for hope. Zelenskyy’s nimble bid for EU membership, in the midst of overwhelming sympathy for Ukraine, has upped the game. Moldova (and Georgia) swiftly followed suit (causing some initial irritation among Ukrainians.) But Moldovans are jittery that, with all the focus on Ukraine, they could be left in a “gray area”, as Gavrilita put it at Davos. They also feel they deserve a signal now; they have a point.

The EU’s Eastern Partnership was built on an illusion: putting in the same basket countries which shared an unhappy history within the USSR, but had widely divergent aspirations and cultures. Ukrainians, Moldovans, and Georgians built fledgling democracies, and always saw the partnership as a milestone on their path to EU integration, which enjoys massive support at home. The rest of that club currently harbors no such intention, veers towards the authoritarian, and retains very close ties to the Kremlin, even if this is more about need than love.

This framework has now served its purpose, helping the three would-be EU members towards convergence with the bloc. The Eastern Partnership is largely dead. It is high time European leaders offered a more ambitious agenda. In late June, there is a European Council, back-to-back with the NATO summit in Madrid. European Councils, with their insanely packed agendas, rarely offer an opportunity for strategic discussions. Still, this next meeting should provide an opportunity for EU leaders to seize the historic moment and give further shape to Europe’s peace and democratic security architecture in the 21st century.

Ukraine should get candidate status, a political decision, that would: help reconstruction; strengthen democratization efforts currently stalled by war needs; give Ukrainian refugees a country to return to; and boost Ukrainian resistance. This would be no blank check: it would reward the progress of reform since the Maidan, which, however inconsistent, has been remarkable (though much more work is needed on areas such as rule of law), while enabling further reforms in a future post war Ukraine.

For similar reasons, European leaders should also give a strong positive signal to Moldova, helping the Sandu-Gavrilita duo’s reform efforts. This is not simply a reward; it would also help stave off the risk of a repeat of what happened here a few years ago — annulled elections, forcing the EU to halt its aid, and a pro-Russian president flirting with Moscow and uninterested in reforms. The current, unique political constellation in Moldova must be fostered, both to secure economic progress and democratic consolidation, while helping to help keep the peace in a fragile region.

Macron’s abstract proposal for a European Political Community, (a very grand vestibule for aspirants and departees — like the UK — alike) has been met with mistrust in Moldova and Ukraine. Maybe it makes sense for aspirant countries to engage constructively in discussions about other pan-European projects, on the premise that these are complementary paths to closer European cooperation. But this is not a substitute for membership.

EU leaders will also have to consider the thorny issue of enlargement to the Western Balkans, and how this fits into the bigger picture. Part of that review will require it to ask why the Russia-friendly Serbia of Aleksandar Vučić is a candidate country when deeply Europhile Ukraine is not. There are no easy answers to these dilemmas and every such decision will present a new set of problems. But it is certain that the idea of an EU conceived as a vehicle with a Franco-German engine no longer meets the needs of 21st century Europe. A broader EU is needed, eventually welcoming the dynamism of countries like Ukraine and Moldova. This will help build a richer polity, fit to fight the big battles of this new century, where democracy can beat back authoritarianism, and democratic nations, anchored in a web of cooperative and convergent European institutions, can repel together the imperialist hubris of the aging man in the Kremlin, to build a better future.