Missing from the Pittsburgh Agenda 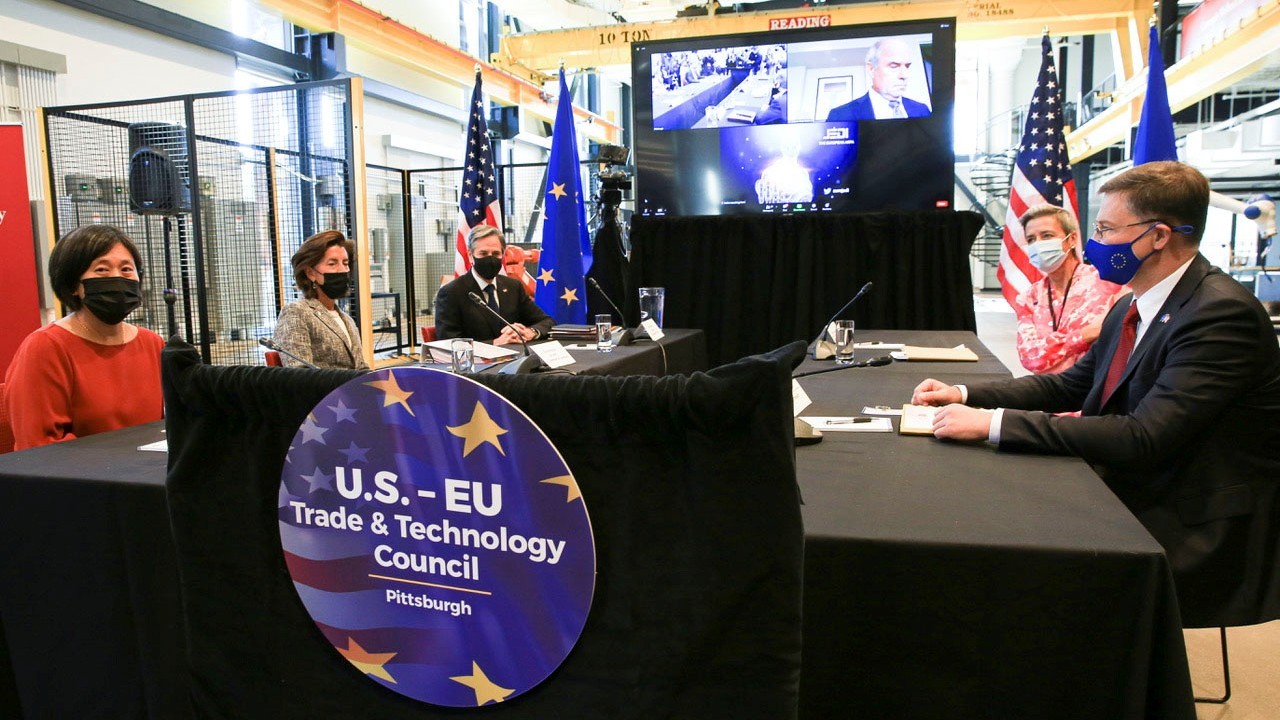 During World War II, Pittsburgh became the Arsenal of Democracy, producing the raw firepower that tilted the conflict against the Axis. Today, the industrial powerhouse has turned itself into a tech hub – an appropriate setting for the first meeting on September 29 of the transatlantic Trade and Technology Council (TTC) designed to reignite the democratic transatlantic alliance.

It proved a patchy launch. While leaders including U.S. Secretary of State Anthony Blinken and European Commission Vice President Valdis Dombrovskis pledged to cooperate on ending semiconductor shortages, imposing export controls of sensitive technologies, regulating artificial intelligence and reigning in the power of Big Tech, they ignored or sidestepped some crucial issues. These include:

Since a European court-case found that the existing data-sharing Privacy Shield between the US and EU failed to protect European citizens from US government snooping, data transfers across the Atlantic Ocean take place under a dark cloud of legal uncertainty. Standard Contractual Clauses between companies are an inadequate stopgap.

Negotiations to replace Privacy Shield are stalled. Officials in the US are pressing for progress. European officials demur. They fear that any deal they reach will simply be invalidated again by their own courts.

The EU emphasizes that the TTC is not about “any third-countries”, while some US officials reportedly pushed to focus more on China. Chinese companies rival Western firms in artificial intelligence and quantum computing. China has moved to control large swaths of the Internet and presents a Great Firewall alternative to the free and open Internet.

Instead of providing a coherent counterpoint to China’s (and other illiberal states) vision of digital authoritarianism, the TTC looks set to follow broader trends of transatlantic disagreement on how hard an approach to take against China. Europe is wary of direct confrontation. China has noticed, with Chinese Foreign Minister Wang Yi praising the EU the day before the Pittsburgh conference for not embracing a “new cold war.”

The key democratic forum to counter China may have been held elsewhere: on September 24, the White House hosted leaders of Australia, India and Japan. This Quad is composed of China skeptics and its leaders pledged to forge a technology partnership stronger than the commitments discussed in the TTC.

In May, Spain passed legislation requiring gig economy companies to hire their drivers and delivers as employees. Three months later, a court in California moved towards forcing contract workers, such as Uber drivers, to give their employees worker benefits. By the end of the year, the European Commission is expected to unveil a new legislative proposal to reform contract work.

While labor laws are typically considered domestic politics, the scope and impacts of the gig economy are global. Unlike in some sectors, European companies such as Finnish delivery service Wolt and Bolt, a ride share company, offer real competition to American technology giants. Some 36% of Americans and 11% of Europeans have sold services through technology platforms.

While the gig economy drives innovation, it can also lower wages and contribute to the declining health and well being of its workers. International standards on gig economy working practices and standards could place the EU and the US at the cutting edge – for now, though, these rules will be left for local regulators.

Both Europe and the U.S. are considering how to make Big Tech more responsible for dealing with illegal content.

Brussels has already put forth strong proposals to reign in what it calls “gatekeepers” and to increase the liability of platforms for hosting everything from fake football jerseys and dangerous toys to illegal speech such as Holocaust denial.

The U.S. is moving at a slower pace. Although antitrust cases are being opened against Facebook and Google and Congress is considering a number of potential new laws and regulations, it has criticized Europe for an approach that almost exclusively targets American companies. While both sides have agreed to share information, and nominally share goals on content and competition policy, the how and who remain an Atlantic Ocean apart.

Both the US and EU suffer from global shortage in semiconductors, critical for electronics and felt acutely in car manufacturing. Each side has indicated a hope to work together on filling the shortage.

But they disagree on how. France is leading an EU push to become a global leader on semiconductor manufacturing, and is hesitant to allow the United States to get in its way. At French insistence, semiconductors were only discussed in the context of supply chains at Pittsburgh – the need to cooperate in the long term, on a technology likely to be a hallmark of geopolitical competition, remained untouched.