Forcing Ukraine to implement the Minsk Agreements will only cause harm. The US should recognize the danger of any such policy. 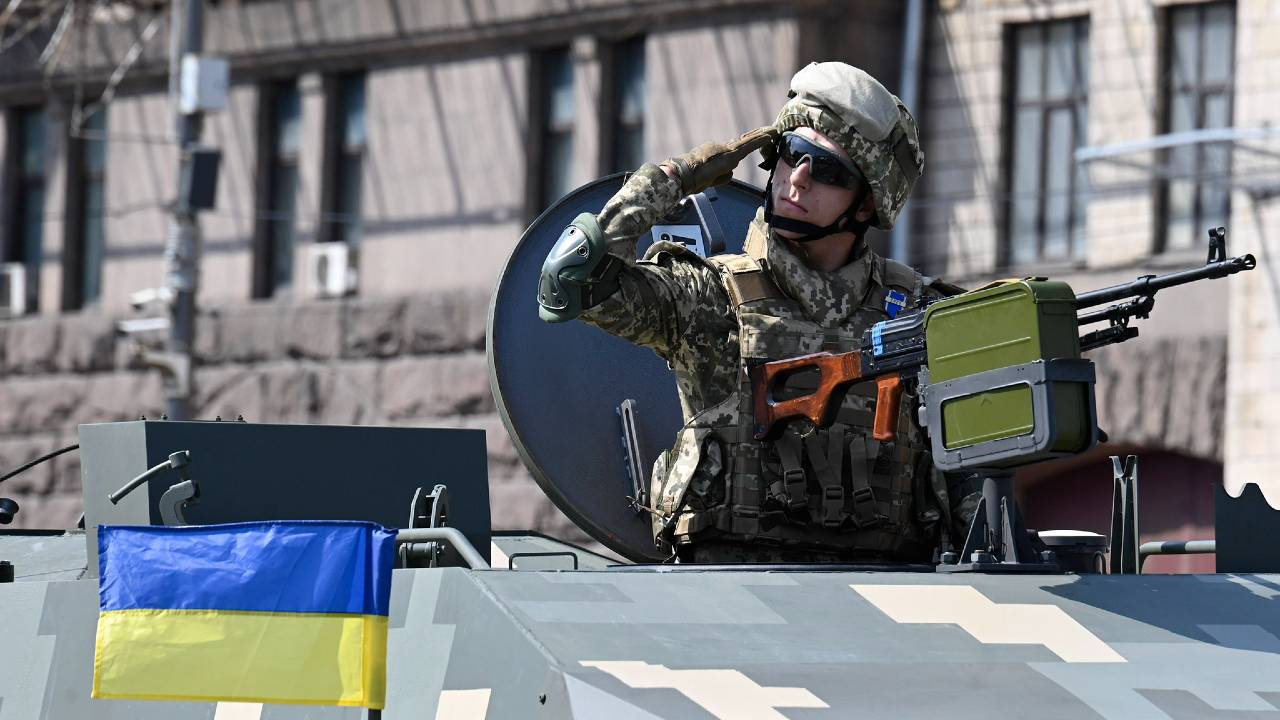 Photo: Participation of the President in the events marking the 30th anniversary of Ukraine's Independence. Credit: Presidency of Ukraine.

Recent, large-scale Russian military movements around Ukraine have reinvigorated the discussion on the notorious Minsk Agreements, signed in 2014-2015. There have always been numerous voices in the West advocating for greater pressure on Ukraine to implement this flawed deal, popping up whenever Russia escalates tensions. Samuel Charap of the Rand Foundation, for example, recently called for the US to “push Kyiv to take steps toward implementing its obligations under the Minsk II.”

The article, perhaps because it is assumed to represent the thinking of some Biden administration officials, has sparked a fierce debate. Yet the argument is less clear than Charap suggests. Enforcing the Minsk provisions on Ukraine would not de-escalate tensions and would in fact create greater instability in the long run. Three examples show why.

Firstly, the whole logic underpinning the Minsk Agreements has been based on a single false assumption that Russia would somehow be satisfied with half-measures and that  the Kremlin would be satisfied with, as Charap puts it, “a lever of influence over Ukraine in order to limit its Western integration.” Herein lies the key problem with the Minsk deal — namely the idea that it satisfied Russian ambitions. While many in the West genuinely consider Minsk to be a step towards a final political settlement in Donbas, Russia sees it as a first step towards regaining full control over Ukraine. The evidence? President Vladimir Putin has never hidden his ambition to destroy Ukrainian sovereignty, but perhaps most explicitly revealed his aims in a July 2021 essay, stating that “modern Ukraine is entirely the product of the Soviet era. We know and remember well that it was shaped — for a significant part — on the lands of  historical Russia.”

So while it may be true, as Charap says, that “the Donbas conflict has always been a means to an end,” I disagree what constitutes that very end. The so-called special status for Donbas was never intended to be defensive in nature, to give Russia merely a veto power in Ukraine’s foreign policy. Instead, it was always designed to serve as a bridgehead for further Russian expansion, to cause a domino effect. To put it simply, Moscow expects that, after the Donetsk and Luhansk regions are granted the special status, the other Ukrainian regions follow suit and eventually the country’s political system turns into de facto confederation of quasi-sovereign principalities, where Ukraine’s central government became powerless and unable to resist Kremlin control. While the West was focused on the bloodshed in Donbas, international public opinion largely failed to see the concrete steps were being taken by Russian proxies in Ukraine to promote special status also for the Kharkiv, Dnipropetrovsk and Zaporizhzhia regions. These attempts, fortunately, failed because the Ukrainian authorities eventually managed to suppress them.

Obviously, one may ask why would Russia ever need that, given, as Charap rightly points out, on the basis of the Minsk Agreements Ukraine should “grant a constitutionally guaranteed lever of influence to Russia’s rebel proxies, which Moscow could use to prevent Kyiv from completely defecting to the West.” Yet Russia has little interest in constitutional reform in Ukraine because it does not even recognize the primacy of force of law; the Kremlin believes in the law of force. There is no other way to explain why Russia launched its aggression against Ukraine in 2014 even though the latter was still a neutral country. It is naïve to assume that any constitutional amendment will satisfy a Kremlin which is interested in facts (and tanks) on the ground.

Second, even assuming that Russia would actually be ready to curb its appetite regarding Ukraine and stick to both the letter and the spirit of the Minsk Agreements, for the last seven years Moscow has constantly demonstrated its lack of goodwill to reciprocate Ukrainian concessions. Indeed, Ukraine took several important steps to implement the Minsk provisions, contrary to what Charap suggests. For instance, only a few weeks after the Minsk-I Agreement was signed in late August 2014, parliament adopted a special law that would guarantee the Russia-controlled part of Donetsk and Luhansk regions additional economic, financial and cultural powers (Minsk-I did not include provisions on constitutional reform, they appeared only later in Minsk-II.) Russia ignored the Ukrainian move and further raised the stakes by staging own local elections in the non-controlled part of Donbas.

Worse yet, in mid-January 2015, the Russian forces launched a new offensive in Donbas and made additional demands. The resulting Minsk-II Agreement, signed in February 2015, was — as Charap says: “a victor’s peace, essentially imposed by Russia on Ukraine at the barrel of a gun.” Yet the Minsk-II deal is used as his point of departure, so that the argument can be made that Ukrainian compliance with the agreement, “flawed as it is, might actually invite de-escalation from Russia and reinvigorate the languishing peace process.” Yet the history of this conflict is very clear: Ukrainian concessions invite further Russian escalation. How much the Russian commitment to the negotiation process is actually worth was well illustrated by the statement of the Russian Permanent Representative to the OSCE Alexander Lukashevich, who in May 2021 publicly stated that the Minsk agreements do not impose obligations on Russia.

One could challenge far more about the Charap argument — it is inaccurate to say that President Volodymyr Zelenskyy, who campaigned to end the war, “has adopted a hardline position.” For example, in 2020 when Russia attempted to establish the so-called Consultative Council, German Chancellor Angela Merkel had to rein him in. Meanwhile, signs of Russian ill-will proliferate: on several occasions, Russia broke off talks on prisoner exchanges because Zelensky had publicly declared it to be his priority. The bitter truth is that Putin leaves Ukrainian leaders with no alternative but to harden their stance toward Russia. Funnily enough, President Petro Poroshenko learned the same lesson after his 2014 presidential campaign pledge to end the war.

Third, and finally, even if we naively assume that Russia will eventually reciprocate, one still needs to factor in the Ukrainian internal political landscape. Ukrainians widely disapprove of the Minsk Agreements, despite oft-repeated and unsubstantiated claims about a “blocking nationalistic minority.” As a recent opinion poll by the Ilko Kucheriv Democratic Initiatives Foundation shows, a “majority of the Ukrainian public endorses a forceful approach toward Russia, through a combination of diplomatic, political and military tools.”

This attracts majority support, while 62% believe Russia’s unwillingness to genuinely negotiate with Ukraine is the main obstacle to peace in Donbas. Only 26% of Ukrainians would approve amending the country’s constitution to grant special status to the Russian-held territories in Donetsk and Luhansk, while 59% reject this.

It is clear therefore that Charap’s advocacy of US pressure to “move the constitutional amendments forward in parliament” would cause significant political turmoil in Ukraine and run the risk that President Zelenskyy would be overthrown. Those interested in Ukraine would recall that the 2015 attempt to adopt of the aforementioned amendments provoked bloody clashes near the parliament building, with three soldiers of the National Guard killed and more than 130 people, mainly from the law enforcement agencies, injured. Decisions are not made in a vacuum — pressure on Ukraine to ignore the will of its citizens will have severe consequences; any such arrangement will be unsustainable and will trigger a swift backlash.

So, what to do with the Minsk Agreements if they are not fit for purpose? Like Mark Galeotti (and many others), I believe that Minsk should be declared dead and new talks arranged between Ukraine and Russia. Of course, one should have no illusions. This is unlikely to happen anytime soon because Russia believes — with some reason — that the West will eventually tire of the conflict and give away (thus the celebratory response from Kremlin propagandists after the chaotic Western withdrawal from Afghanistan). For the West, the consequences are clear; there are no shortcuts when it comes to settling the situation in Donbas, which means the Russian-Ukrainian war is a long-term issue.

Until a window of opportunity opens, there is a need to build a transatlantic consensus on Ukraine and Russia, which should be based on a premise of denying Russia success in subordinating a neighbor. This would entail enhanced pressure on Russia so as to increase the cost of its policy against Ukraine and prevent further incursions, as well as greater efforts to strengthen the Ukrainian state, including further support for its defense capabilities. Russia will not lose its appetite to swallow the whole of Ukraine, but the West can at least make sure it grows sufficiently large to become indigestible.

Dr Daniel Szeligowski is head of the Eastern Europe Program at the Polish Institute of International Affairs (PISM). Tweets at @dszeligowski.