The Middle East is best known for conflict and oil. It could also become known as a solar superpower supplying clean power to energy-hungry Europe. 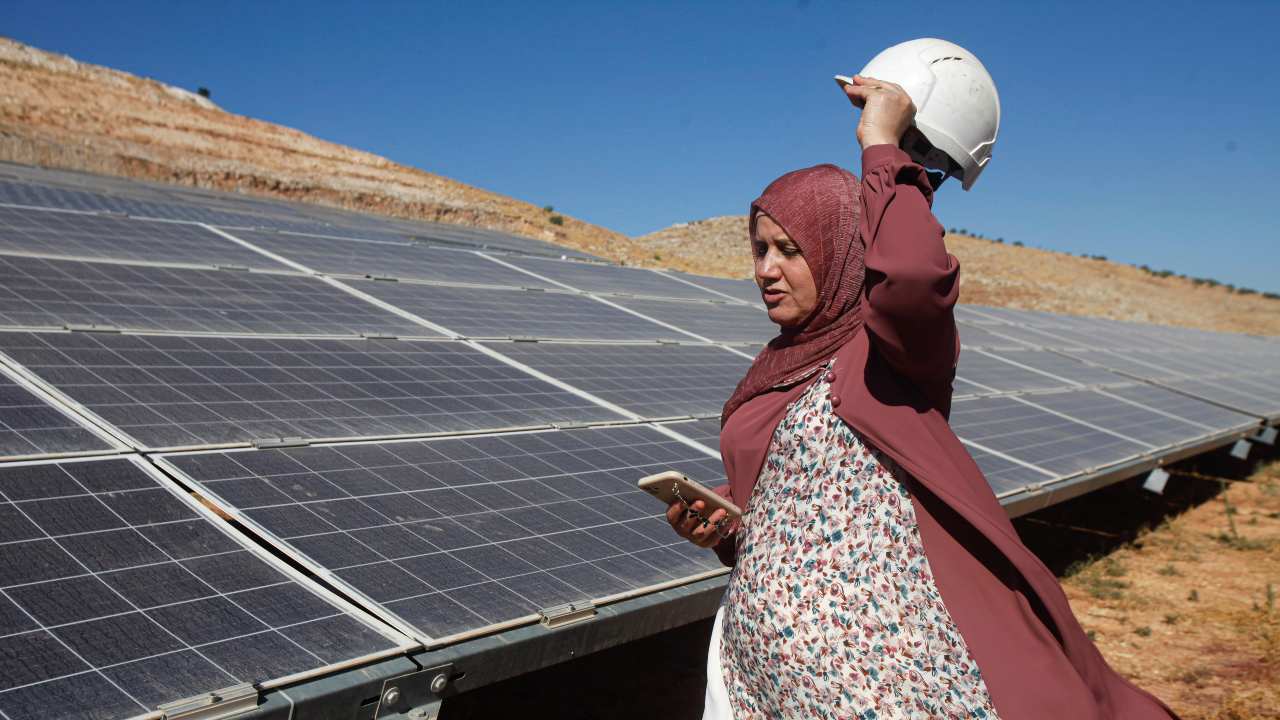 Photo: A Palestinian engineer works at a workshop to generate electric power through solar cells in the northern Jordan Valley in the West Bank. Many Palestinian residents have resorted to using solar energy cells as a primary source of electricity in light of the high electricity prices. Credit: Photo by Nasser Ishtayeh / SOPA Images/Sipa USA

The US and European Union (EU) should work together to turn our region into a solar superpower. China today leads the global solar power industry. Its manufacturers account for upwards of two-thirds of the polysilicon and 90% of the semiconductor wafers used to make solar cells. This dependency is unhealthy: a series of blasts in a Xinjiang factory in July 2020 raised global prices of polysilicon upwards of 50%.

Space exists for the Middle East to provide competition. The UAE has pledged $160bn towards reaching net-zero emissions by 2050. Saudi Arabia’s renewed commitment to 50% renewables by 2030 coincided with the signing of seven power purchase agreements for new solar power plants.

Our organization, EcoPeace Middle East, is ready to help. We have experience bringing together Israelis, Palestinians, and Jordanians. Since our founding in 1994, we have worked to help bring more than $500m for investment in sewage treatment that was otherwise polluting scarce water resources. We were the architects behind the green-blue deal that trades desalinated Israeli water for Jordanian-produced solar and we are promoting solar production in the open spaces of the West Bank, called Area C, to power water and sanitation infrastructure in Gaza.

There will be questions, of course. Ever since the 1970s oil embargo, Western energy policy has aimed to escape reliance on Middle East oil. But, in fact, the region’s major oil producers are a small handful of countries — solar, by contrast, can be produced across the whole of the Mideast and North Africa. This allows a multiplicity of producers, thereby reducing the power of a few to create a price cartel like OPEC.

For new solar projects, local manufacturing is feasible. We have already identified private sector companies from our region that are eager to invest and are developing new solar cell technology. What’s needed are a political push and public loans. This would be assisted by a US push to gain government support throughout the Arab world.

The West needs to act. China’s Silk Road Fund has taken a high-profile equity stake in the fourth phase of Dubai’s Mohammed bin Rashid solar park; the Asian Infrastructure Investment Bank (AIIB) approved a $60m loan for the construction of the 500 MW Ibri II plant in Oman; Power China and Iraq signed an agreement to develop up to 2 GW of solar power plants. China is also involved in additional solar projects in Morocco, Egypt, Saudi Arabia, Jordan, and Iran.

Clean energy supply chains are a priority for Western policymakers. In December 2021, the US’s export financing arm, the DFC, approved up to $500m in debt financing — the largest single debt financing transaction in DFC history— for First Solar, Inc. to support the company’s vertically integrated PV solar module manufacturing facility in India. Such an initiative should be replicated in the Middle East and should be a major aim of the G-7’s Build Back Better World initiative agreed upon last year.

Similar Western loans are needed across the Middle East. The Israel-Jordan water-for-energy deal inked in November 2021 should create a market for 5-7 GW. The European Commission’s recent energy strategy noted the potential for future clean energy imports from the Middle East.

This solar opportunity could improve energy security by diversifying our sources of supply. As our group EcoPeace Middle East demonstrates, cooperation on environmental issues raises trust in a conflict-ridden region. The construction of modern sewage treatment plants in Gaza helped clean up the beaches both in Gaza and in southern Israel. With an ambitious solar manufacturing program, let’s create healthy interdependencies that build trust and advances our region’s potential to help solve the global climate crisis – and help defuse Europe’s looming energy crisis.