How China Exploits the Pandemic for GlobalPolitical Gain Drafting a letter to Stalin in 1944, Winston Churchill wrote that “we had better leave the past to history, but remember if I live long enough I may be one of the historians.” As fears of the coronavirus recede in mainland China, the authorities in Beijing are now focused […]

How China Exploits the Pandemic for GlobalPolitical Gain

Drafting a letter to Stalin in 1944, Winston Churchill wrote that “we had better leave the past to history, but remember if I live long enough I may be one of the historians.” As fears of the coronavirus recede in mainland China, the authorities in Beijing are now focused squarely on the twin issues of rebooting the economy and reshaping the history of the past several months.

In early February, when the People’s Republic of China was under significant domestic and international pressure regarding its handling of the virus, I wrote that if the situation were stabilized within a couple of months Beijing could still push a narrative of itself as the hero of the story: that it responded dramatically and decisively to contain the virus, and that it punished the local officials responsible for delaying governmental response. This is now the official narrative being pushed by state media. A recent article in the People’s Daily reports that “it did not take long for China to get the outbreak under control.” The article also scolds the United States for being “slow to respond to the outbreak,” which “has wasted precious time.”

Despite his conspicuous absence during the early days of the outbreak, Xi Jinping is now being clearly framed as a decisive leader whose dedication, according to Xinhua, underscores his “pure heart like a newborn’s that always puts the people as his number one priority.” Any mention of the botched response in the early days of the outbreak has been scrubbed from the Internet, and anyone who brings it up or criticizes Xi’s policies is censored or simply vanished. The surviving local officials in Wuhan, eager to curry favor with Beijing, have suggested heavy-handed policies such as a “gratitude education program” to ensure citizens are properly grateful to Xi and the Party for their response to the virus.

Fact-based narratives that cannot be easily disappeared are being repositioned. Li Wenliang, the doctor who first raised concerns regarding the virus, became a folk hero after it was revealed that he was questioned by the police and forced to sign a confession of rumor-mongering. Shortly after, he died of the virus and became a martyr for many in China. An inspection team from Beijing was quickly dispatched to investigate his case; they recently filed a report placing all responsibility for Dr. Li’s case on local government officials, noting as well that his family were compensated approximately $115,000 for his death. The report concludes that Dr. Li was a loyal member of the Communist Party, and that any attempt to portray him as anything else “does not at all correspond with reality” and are false narratives spun by “hostile forces” with “ulterior motives.”

While putting their own house in order, Beijing officials have launched an international offensive with the purpose of correcting what it considers the false perception that China bears responsibility for the virus’s spread. Determined to avoid the fate of Ebola (named after a river in the Congo) or MERS (Middle East Respiratory Syndrome), officials have forcefully rejected any name that ties the virus to China, leading to a tit-for-tat blame game with U.S. politicians that now includes an unsubstantiated conspiracy theory, propagated by none other than the Chinese Foreign Ministry spokesperson Zhao Lijian, that the virus was actually introduced by the U.S. military. This escalation has erased any goodwill generated by the January trade deal. U.S.-China relations are now close to a historic breaking point.

However, China’s ambassador to the United States has recently downplayed the conspiracy theory, calling speculation as to the origin of the virus “harmful.” Some believe this comment to represent an internal split over how to handle rising tensions with the United States. This is highly unlikely, as despite the ambassador’s comments many Chinese media outlets are still suggesting that the Americans are responsible for bringing the virus to China and encouraging Zhao to “keep asking questions.” Such talk would have been removed from the Internet if Beijing wanted to shift the rhetoric. Instead, China seems to be trying to have its cake and eat it: by making more conciliatory noises internationally, it is hoping to de-escalate its conflict with the United States and convey the image of taking the moral high road. Internally it continues to use the tried-and-true narrative of “standing up to U.S. bullying” to maintain nationalist fervor and draw attention away from any missteps made by the Chinese leadership.

Beyond its aggressive rhetoric to reject responsibility for the outbreak, the PRC has also bolstered its positive image by significantly stepping up its virus-related foreign aid. A vast amount of medical equipment and supplies as well as a large number of doctors have been dispatched to virus-hit countries like Italy and Spain, where politicians have responded by showering China with praise. Meanwhile, Alibaba founder Jack Ma has pledged to donate millions of masks, testing kids, and ventilators to over 30 countries around the world—including the United States.

America has been trying to combat this charm offensive, but given President Trump’s terrible image abroad and the perceived lack of support his administration has offered foreign countries, the PRC is likely to win this war of words. In the end, the regime may come out of this crisis with a stronger hand than when it went in: a renewed sense of nationalism at home in having defeated a common foe, and international generosity offsetting the initial reputational hit it took on the world stage.

The risk is that, despite attempts to signal that the worst is over, China is not yet out of the woods. It is still much too early to calculate the virus’s economic costs, and a second wave of infections, possibly brought in by the record number of Chinese students and expats returning home, would ruin the messaging—and an orderly recovery. The authorities are aware of this risk and implementing strict quarantine measures on anyone returning from abroad. As evidenced by the virus’s global growth, all it takes is a handful of cases to set the epidemic in motion again.

Photo: President Xi Jinping arrives for the second day of the BRICS Summit by the Government of South Africa under CC BY-ND 2.0. 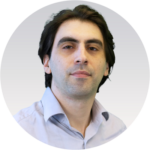