NATO needs to be serious. Nothing else matters 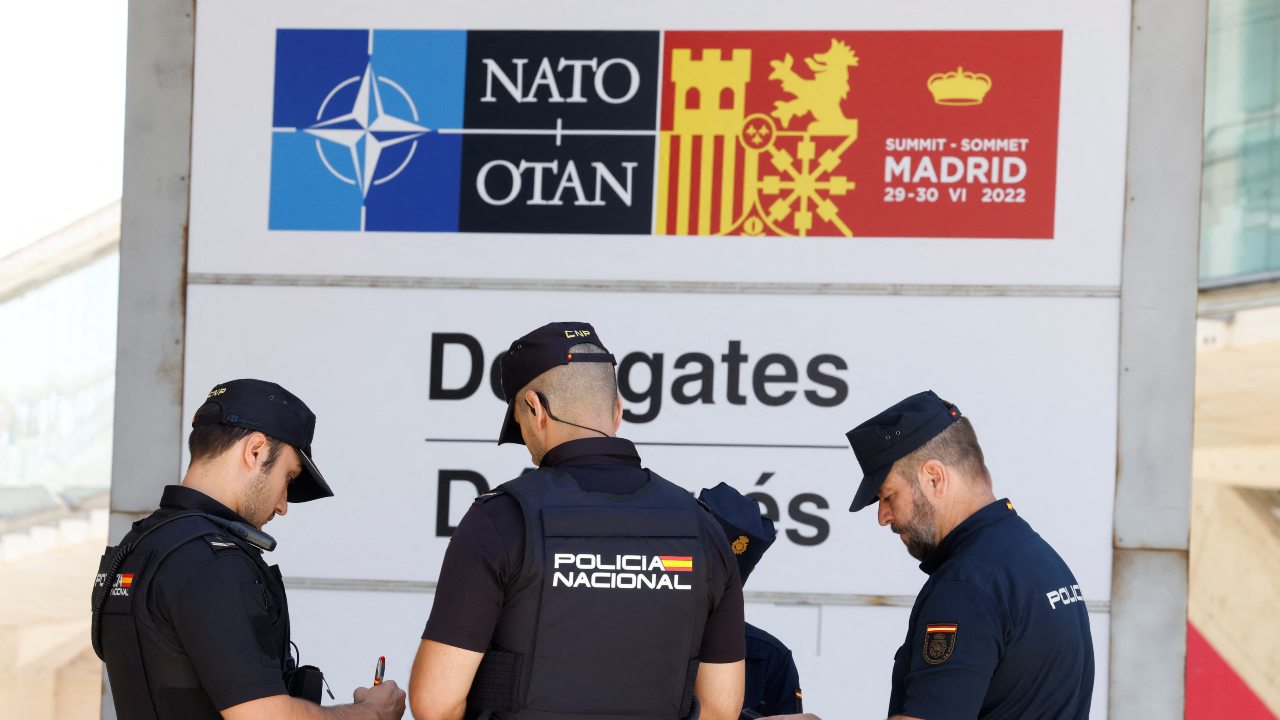 Picture this scene of consternation in the Kremlin. Vladimir Putin summons his inner circle. “Guys, we’re done for,” says the Russian leader, ashen-faced. “What’s up boss?” says the normally saturnine Nikolai Patrushev, craning his head to see the papers held in the Russian leader’s trembling hands.

The keywords were highlighted on the top-secret document, obtained by a Russian spy at the heart of NATO.

The Kremlin conclave studies the papers, They glumly nod in agreement.

The Russian leader speaks again after a long pause. “They say bits of Tajikistan are quite nice really. Or there’s always Cuba”.

The Western alliance’s top diplomats are haggling right now over the choice of words for the upcoming NATO summit in Madrid. What will be in the Strategic Concept, which outlines the way the alliance sees the world? What will be in the summit communique?

Messaging is important. But the Russian regime will not be deterred by commas and a well-wielded thesaurus. It will be deterred only by the belief that aggression means disaster. The real job of the alliance, not just during its Madrid meeting but every day of the year, is to ensure that this belief is entrenched in the adversary’s decision-making.

Put politely, there is some way to go on this front. For years, NATO did not even believe that Russia was a threat. It accepted new members reluctantly, and gave them membership-lite: no contingency plans, no exercises, no outside forces on their territory, and no prepositioned stocks or infrastructure. Defense, in effect, was a bluff.

That has changed, but not enough. The big argument now in NATO is how many forces to put in the Baltic states and Poland, and with what kind of planning and support. That would, ideally, turn the current tripwire arrangements into substantial, credible defense. Having seen what Russian occupiers did in Ukraine, the frontline states of NATO are more determined than ever to defend every inch of their territory, and every soul.

AMD (Air and Missile Defense) is perhaps the most immediate priority. This is too expensive for the Baltic states who need it most. Other NATO countries must pay. But it can be deployed quickly. Trickier is fixing military infrastructure. Ammunition storage needs secure, hardened bunkers. Barracks need to be bigger and better. Training areas are too small. Once this problem is solved, more troops will come from more countries, being more kit, stay for longer and do more.

But the most effective deterrence comes not from showing Russia that the Baltic states and Poland will be fiercely defended. It comes from convincing Russia that any attack on NATO territory anywhere will lead to devastating counterstrikes. That is what the alliance has yet to convey, because too many members (even now) so fear conflict with Russia that they cannot envisage actually fighting.

Haggling over wording in the run-up to the summit is not pointless: words provide a political framework for deeds. But they are no substitute for them. Russia is getting the wrong message. It notes the growing “Ukraine fatigue” in many Western countries. For many governments, avoiding global famine and a winter energy crisis are the priorities. They do not realize that these problems are merely symptoms of the Kremlin’s readiness to disrupt and destroy the lives of others in pursuit of its geopolitical ends.

Back to Moscow (this time the real-life version). Putin gazes boredly at the secret NATO papers. “Nothing’s changed guys — we’re still fine,” he says, tossing them in the bin.