Lukashenka’s Plane Hijack — Time to Take the Gloves Off

Lukashenka is waging a war to retain power at any cost 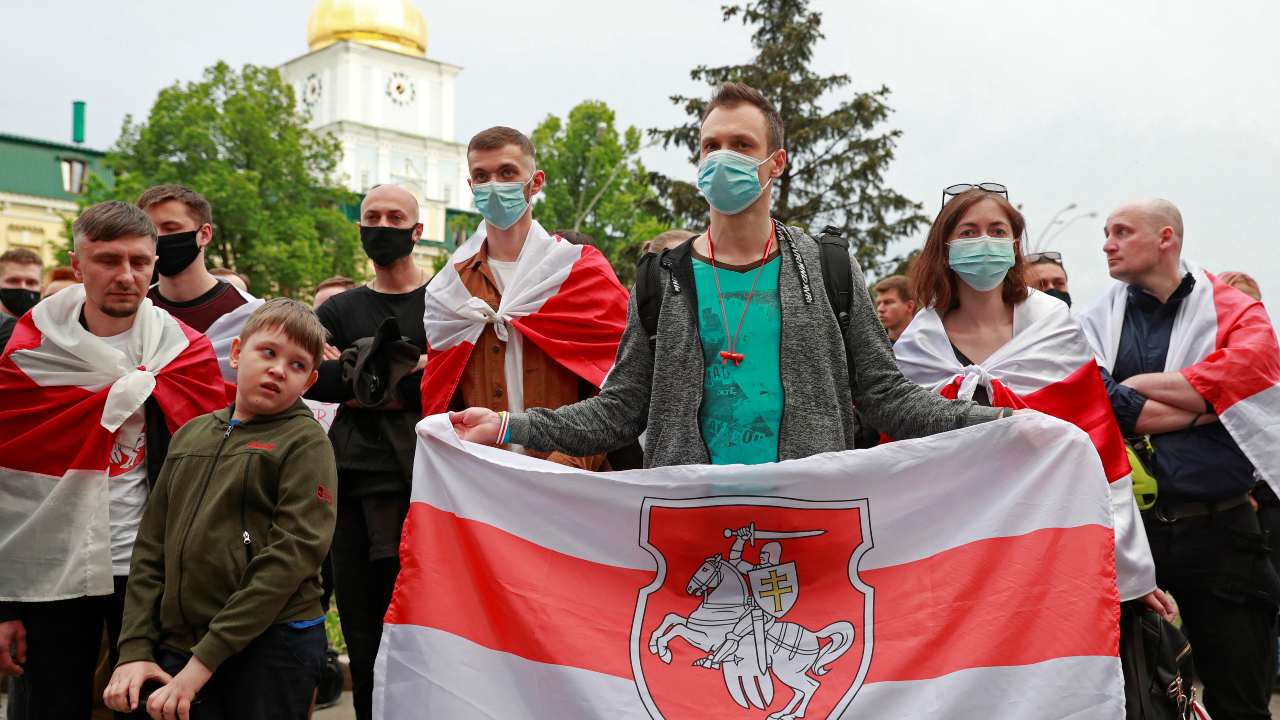 Photo: People attend a rally in support of detained Belarusian opposition blogger and activist Roman Protasevich, in front of the Ministry of Foreign Affairs in Kyiv, Ukraine May 23, 2021. Credit: REUTERS/Valentyn Ogirenko

On May 23, Belarus’ security services staged an operation to force a Ryanair flight en route from Athens to Vilnius to land in Minsk. The aim was to capture Raman Pratasevich, a 26-year-old Belarusian journalist, who was living in the Lithuanian capital as a political refugee. The full weight of state power was employed in the operation, from a MiG-29.

The journalist is directly linked to two popular anti-government Telegram channels in Belarus, both of which ardently criticize the Belarusian authorities and attack Lukashenka personally. Nexta, which Pratasevich co-founded, and its sister channel, Nexta Live, have over 1.7m subscribers. Belarus Golovnogo Mozga (Belarus of the Brain), with several hundred thousand subscribers, is edited by Pratasevich.

The Belarusian authorities care a great deal about the Nexta channels. They rather than the opposition were the main coordinators of last year’s mass protests in Belarus, which erupted after the disputed presidential election had been awarded to the incumbent Aliaksandr Lukashenka. In March, Nexta published the Zolotoe Dno (A Golden Bottom) documentary, which claimed to show the details of Lukashenka’s wealth and private life, and hit over 6m views. The Belarusian authorities declared both the Nexta and Belarus Golovnogo Mozga channels “extremist,” whilst also putting Pratasevich on the terrorist watchlist. He is likely to face 15 years in prison on charges of organizing mass disorder and stoking social strife.

Lukashenka is well known for taking cruel revenge against his opponents, and there is no doubt that it was his personal order (indeed confirmed publicly by the Telegram channel associated with his press service) to ground the civilian plane in order to get hold of the blogger. It is also part of the strategy of terror pursued by the regime against Belarusian citizens, which aims to intimidate not only everyone inside, but also those operating outside the country. Political calculations about the wider international consequences have been pushed to the background — Lukashenka is waging a war to retain power at any cost.

It is now time that that the attitude of the West towards the Belarusian regime starts to change. So far, Belarus has been a moral problem for the West: although the jailing of political opponents, violations of human rights, and cheating in elections are bad, none of those crimes directly has until now affected the interests of European citizens.

But now world leaders have branded the air incident an “act of state terrorism, directed against the security of citizens of the EU and other countries,” as Lithuania’s Prime Minister Ingrida Šimonytė put it. Belarus has become a new category of security problem: no longer just a regime of occupation, it is now a regime that practices air piracy, menacing not just its people, but any person who crosses its airspace. This is a previously unknown dilemma for Europe, and no longer a matter for “deep concern.” It is now a threat to European security and people around the world.

It is high time to act. The European Union should not shy away, as it so often does, but take a tough stance towards the Belarusian regime. Getting the UK and particularly the U.S. on board could yield a stronger outcome, as Lukashenka fears the U.S.’s might and its potential to harm his regime. Universal norms like safe air travel and freedom of the press should be defended, and bullies who test the power of the rules-based order need to be punished.