First a hijack, now a kidnap: Expect more nasty surprises from a regime losing its self-control. 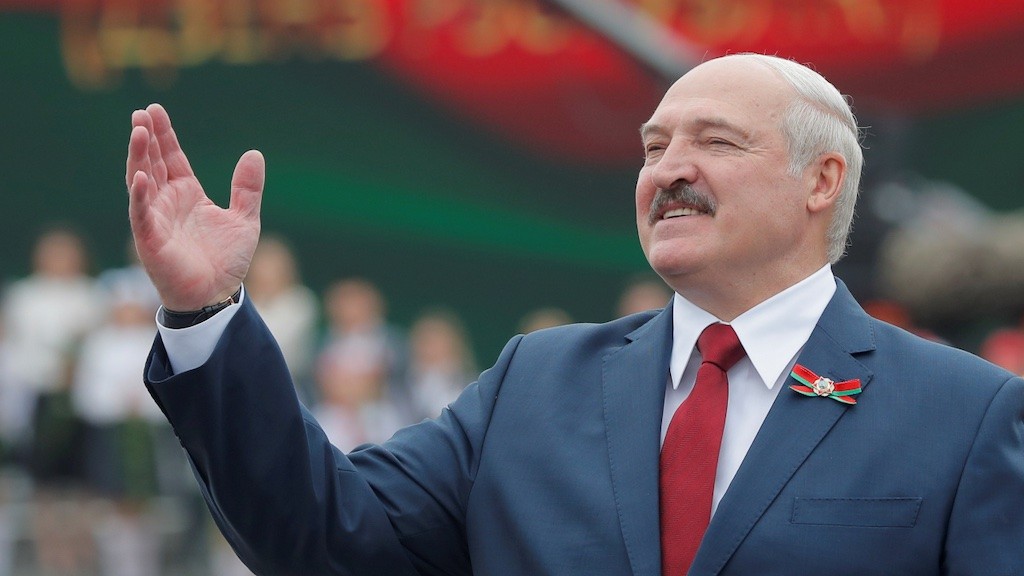 Belarus is once again making headlines around the world after Belarus Olympic committee officials attempted to force the athlete Kristina Tsimanouskaya onto a plane to Belarus against her will. She informed Japanese police, requested political asylum, and provided the Belarusian media with an audio recording in which the team coaches threaten her and say that the order to send her home “came from the very top.”

Remarkably, not only had Tsimanouskaya not criticized the regime, she had made no political statements at all. Her supposed guilt amounted to a short video on Instagram where she criticized the national team’s managers after they mixed up the paperwork and registered her for an event she had not trained for. An unpleasant situation, but nothing extraordinary. In normal circumstances, this topic would die a natural death in a day or two. But the situation was reported to Aliaksandr Lukashenka who, it appears (from the leaked 20-minute recording) became so furious that he ordered Tsimanouskaya to withdraw from the Olympics and return to Belarus. And thus, out of nothing, a mundane situation became an international incident, complete with extraordinary social media footage of a frightened young Belarusian desperate to avoid going home.

There is a pattern here. In May, Ryanair Flight 4978 carrying journalist Raman Pratasevich on board was down in Minsk after Belarusian officials lied to the crew about a bomb on board. Pratasevich was then arrested. Lukashenka said that he himself had made the decision and had personally ordered the fighter jet to take off to “escort” it.

Two major international incidents in just over two months. Neither brought any political dividends to the Lukashenka regime, and both provoked a strong international reaction and increased pressure on Belarus.

In other words, Lukashenka himself is putting his regime into an increasingly dire situation. A year and a half ago, this was hard to imagine. Back then the regime, while still autocratic, nonetheless had its own system of checks and balances, primarily in the form of the Foreign Ministry, which always tried to curb the scale of repression to maintain working relations with the West.

Now that relations with the West are no longer needed, the Foreign Ministry has almost completely lost its influence. If Lukashenka consults anyone today, it’s the siloviki, who never contradict the boss. To maintain a position in this political system, officials need not just execute orders, but execute them with zeal. That explains the ill-considered actions against Pratasevich and Tsimanouskaya.

The same is true inside the country. One anecdotal example: last week a Belarusian court sentenced a partisan Lukashenka supporter, Rabbi Igael Yehudi, to administrative arrest for wearing a T-shirt that read “No to forced vaccination.” A year ago, when Lukashenka denied the existence of coronavirus, it was perfectly legal. Now that he himself experienced it, it has become a punishable offense.

During the past 12 months, ever since the overthrow of the August 2020 presidential election, the regime has lost its self-control to such an extent that it is now attacking not only its opponents (Pratasevich) but also neutral citizens (Tsimanouskaya) and even its supporters (Yehudi).

The spiral of repression has intensified to such an extent that it is now almost impossible to stop. After the crackdown on the opposition, private business, and non-governmental organizations, the next in line will be civil officials and directors of state-owned enterprises whom Lukashenka and his new praetorians have considered insufficiently loyal. It is clear for almost everyone in the country that without a political overhaul there will be no return to normal. Instead, ill-considered acts of state will increase until one day the regime, devoid of checks and balances, makes the ultimate mistake.