This week’s events on the Belarusian frontier were unplanned, but they are a sign of worse to come 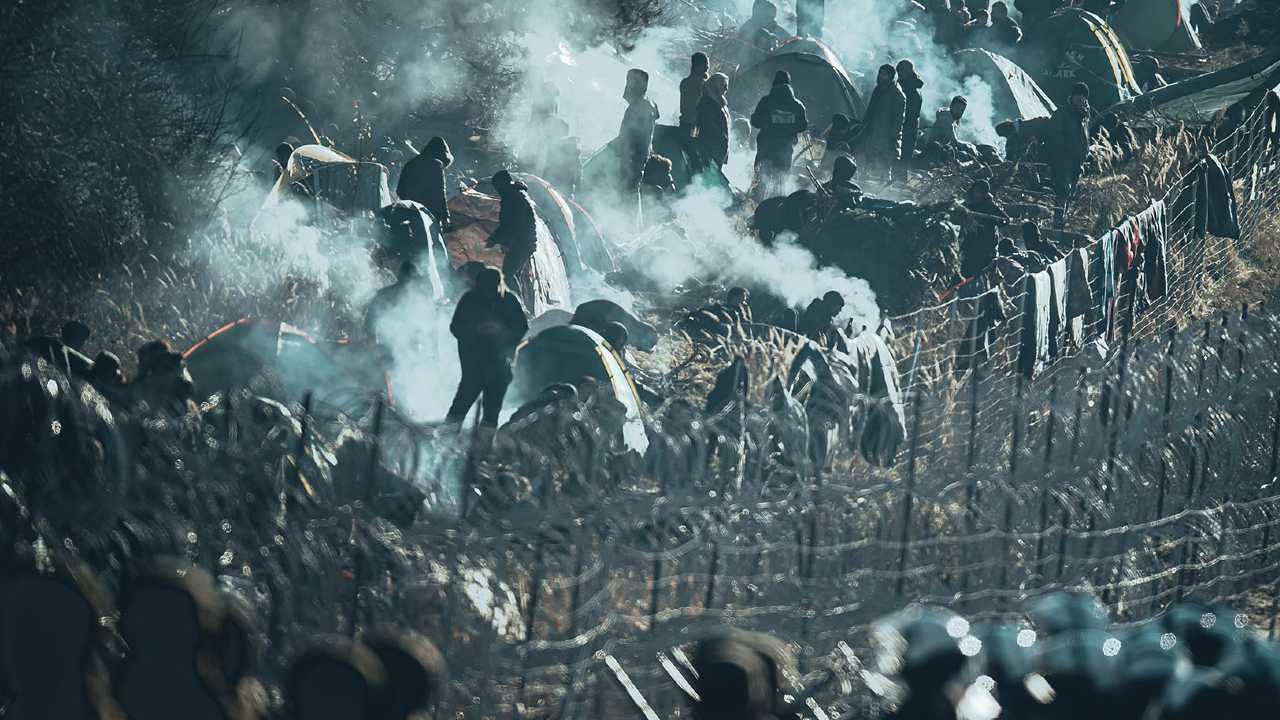 This week’s events on the Belarusian frontier were unplanned, but they are a sign of worse to come.

The artificial migration crisis on Belarus’ border with the European Union (EU) began as a way for the regime of Aliaksandr Lukashenka to force the EU into a dialog. Having seen the bloc offer huge sums to Turkey to close the migration valve, Belarus imagined it could play the same game. However, the latest round of the border crisis, which began on Monday, seems to have come as a surprise to Belarus itself.

The march on Poland was planned by Iraqi Kurds stranded in Belarus. During the weekend thousands moved from Minsk to the border with Poland to try to cross in one large column on November 8. The Belarusian authorities were most likely aware of their plan, but they clearly underestimated the scale.

That is strongly suggested by the late arrival of film crews from Belarusian state-run TV channels, who appeared at the scene only on Monday afternoon, while the (usually) forewarned regime propagandists did not report for duty until the next day. After first reports of a large column started coming in, Interior Ministry troops were redeployed from Grodno, and the Border Guard Special Forces — OSAM — were urgently summoned from as far away as Minsk.

There are other indications that the massing of migrants was not planned by the regime. On the first night, Belarusian soldiers transferred about 500 people from the Kurdish meeting point, a camp near Kuznica on the Polish border, to the border with Lithuania, and keep transferring smaller groups to other sections of the border. This regime confusion is confirmed by the Kurds themselves, who have reported some Belarusian security personnel pushing them away, while others took their phones before directing them to the main camp.

Whatever the detail on the ground, the regime’s behavior fits a malignant pattern. Lukashenka has contrived the situation over the past year, even if his “escalation logic” has now changed. The policy’s roots were ugly but rational — ship in migrants,  point them at neighboring states until the pressure became unbearable and forced the  EU to lift sanctions. Now that it has become clear that the EU is resisting the blackmail, the regime will up the ante. Backing down now would show weakness, and Lukashenka cannot afford it.

Past behavior suggests he will be willing to make the situation much more serious, even to the brink of war. He has already used the word and Vladimir Putin’s dispatch of two nuclear-capable combat aircraft to the country shows that Russia is willing to join the game. Behind-the-scenes, Putin will be uncomfortably aware of another Lukashenka imperative — to stop the Kremlin’s unending pressure and squeeze more money for his cash-starved administration.

In an interview with Russian journalist and military expert Igor Korotchenko on November 9, Lukashenka said: “We don’t bridle as some in Russia or our fugitive opposition say. Because we know that if we make a mistake, if we stumble, then it will immediately draw Russia into this whirlpool. Mind you, this is the largest nuclear power. I’m not a madman, I know perfectly well what this can lead to.”

Whatever it says in public, Russia will not push matters that far. Turning Belarus into another conflict zone would bring no tangible benefits, at least for now. Yet the crisis at its current level benefits Russia, presenting as it does another opportunity to destabilize and blackmail the EU. When Germany’s Chancellor Angela Merkel called Putin on November 10 to ask for help in resolving the crisis, he dismissively told her to call Lukashenka (who ostentatiously hasn’t picked up a single call from a Western politician since August 2020).

More than six months have already passed since Lukashenka turned Belarus into an illegal migration hub. Tens of thousands of people have been made pawns in this heartless policy, and an unknown number (but at least a dozen) have died trying to cross the Belarus-EU border.

Will the EU continue to apply a wait-and-see approach, leavened with the occasional sanction? Or will it gets serious and use the multiple peaceful but painful instruments at its disposal to put a stop to this?

Tadeusz Giczan is a London-based journalist, a PhD candidate at the University College London, School of Slavonic and East European Studies and is a nonresident fellow at CEPA.