Lukashenka Runs Out of Road

After close to three decades in power, the Belarusian dictator’s room for maneuver is becoming very narrow indeed. 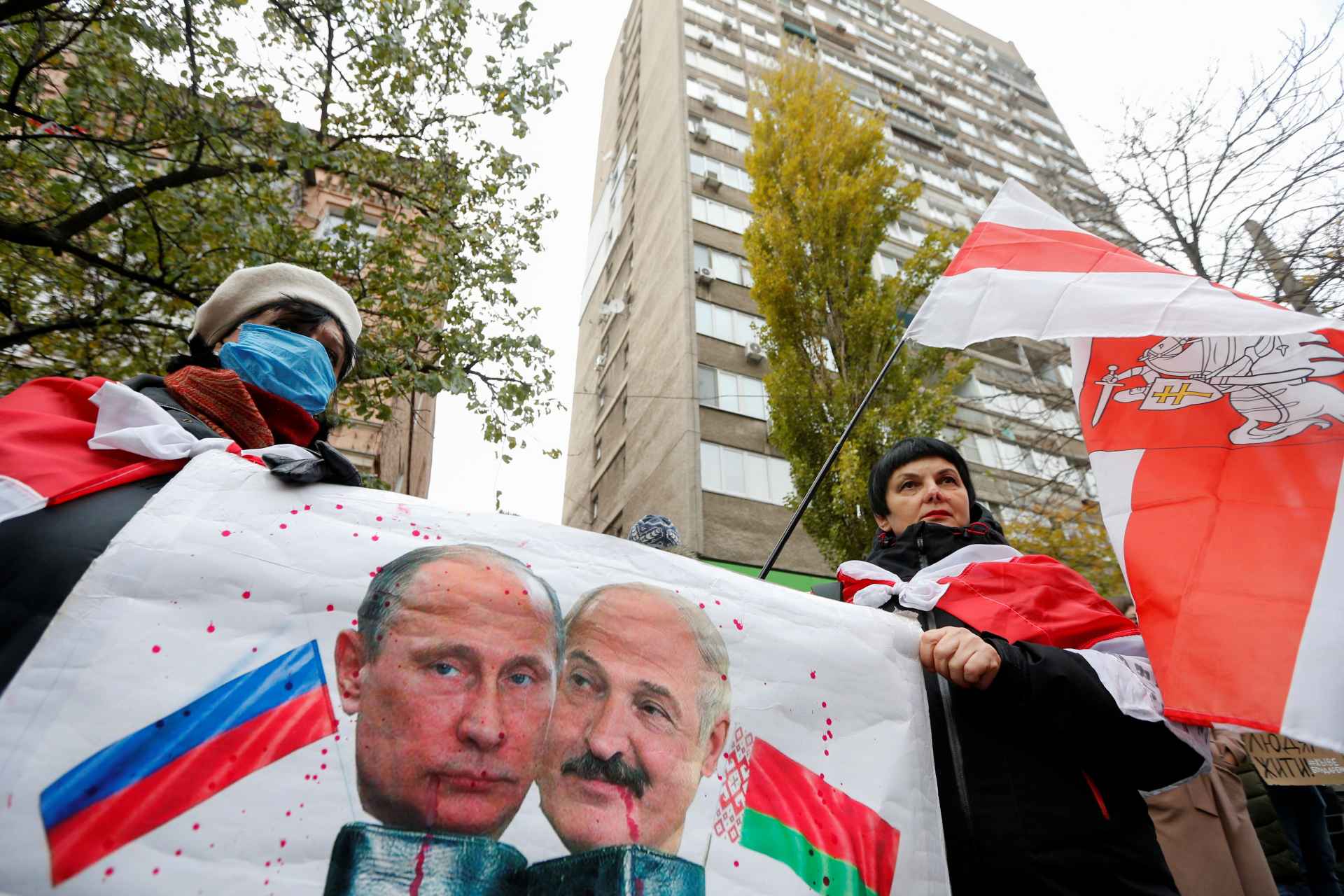 The Belarusian leader Aliaksandr Lukashenka announced on January 24 that he was moving a “whole contingent of the army” toward the southern border, close to Ukraine.

This was done as part of joint drills with Russia announced a “long time ago,” and was decided to protect the border, where “Ukrainians have begun to gather troops [there]. I don’t understand why.”

In truth, the joint military drills with Russia, to run between 10 and 20 February, were announced only on January 17, and the first movement of Russian troops toward Belarus started shortly after. Russia is now positioning batteries of S-400 anti-aircraft missiles, which with a 400 km (250 miles) range, can threaten the airspace of Kyiv, Warsaw, and the Baltic states. On January 26, Russian footage also showed Su-35 combat aircraft deployed at Belarusian airfields.

The Russian military build-up has overshadowed events in Belarus, which was in the spotlight last summer when it encouraged developing world migrants to cross into its European Union (EU) neighbors, Lithuania and Poland, creating a weeks-long standoff as Polish border forces fought to keep them out. At the time, Poland’s Prime Minister Mateusz Morawiecki urged allies to “join the dots” and understand that Lukashenka’s “sponsor”, Russia, was using such tactics to destabilize the continent.

Lukashenka has used the intervening months to develop his proposals to change the country’s constitution and government apparatus following his (presumed) defeat in the 2020 elections and extensive repression to crush resultant popular protests.

On January 25, the Central Election Committee announced the early voting system, previously used in the rigged 2020 elections, will apply also to a February 27 referendum on the constitutional proposals. These ballots will be opened five days before the vote. The envisaged amendments will ensure Lukashenko is granted immunity from prosecution even if he steps down and may open the way for him to step down as president, possibly to take a newly minted role as Chairman of the All-Belarusian People’s Assembly (ABPA).

The exact chronology for Belarus over the coming month is unclear. But Lukashenka, who has long resisted the Kremlin’s embrace to ensure some freedom of political movement, appears ever-more to be Putin’s man. He may have resisted a permanent and large-scale Russian military presence for many years, flirting with the West to keep his eastern neighbor at bay, but the events of the past 18 months have made him heavily dependent on finance and security help from Russia.

That is clearest in his sudden announcement of snap military exercises, which form part of Putin’s strategy to threaten Ukraine and the West. While some analysts contend the terrain between the Belarusian border and Kyiv is poor ground for offensive operations (it includes more than 100,000?square miles of forest, bogs, lakes, and rivers) it nonetheless complicates matters for Ukrainian military commanders.

The barely coherent statements of the Belarusian dictator — with its odd references to the foreign invasions 1812 and 1941 — show that he is preparing Belarusians for a range of possibilities that may involve fabricated narratives to excuse decisions made in the Kremlin. Lukashenka, like his people, may not know what is coming next but it seems clear that Belarus’s fate is no longer entirely in its own hands.

Claudia Palazzo is an Italian journalist and political analyst on Eurasian affairs. She publishes for the Jamestown Foundation, Italian Eco Internazionale, and is the Rome special correspondent for the Kyiv Post.