Lonely at the Top

Nobody wants to be the dictator’s last loyal friend. 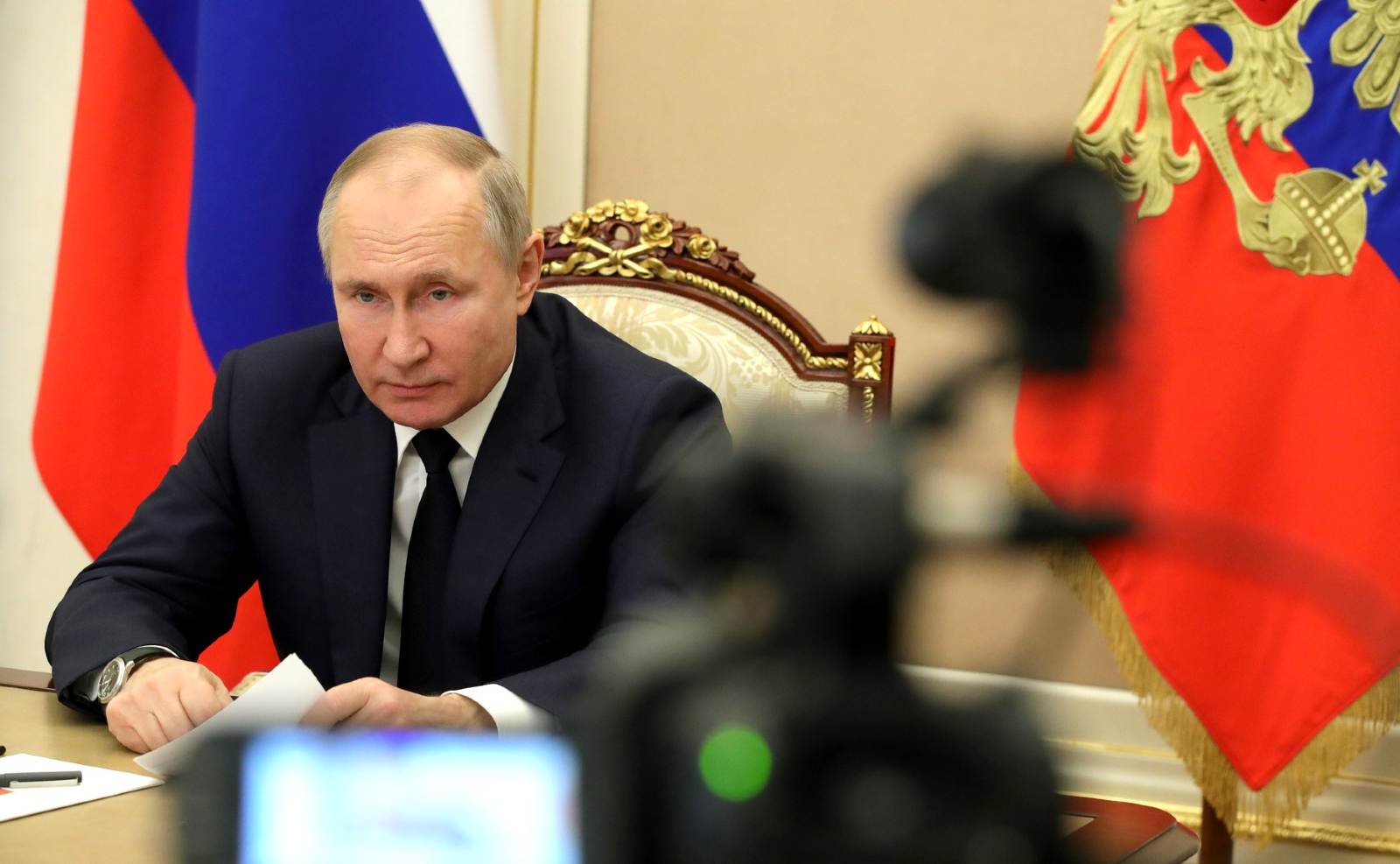 Photo: Russian President Vladimir Putin held a meeting via videoconference, during which the situation in the banking sector and the financial market at the end of 2020, as well as issues of further development of the banking sector, were discussed. February 1, 2021. Credit: Kremli

If you are on the losing side in a democracy, you catch your breath and wait for the next election. When a regime based on crimes and lies topples, its servants face jail, exile, or at a minimum public disgrace. The earlier you leave a sinking ship, the better.

Similarly, being an unsuccessful opposition supporter under dictatorship is a costly, risky business. But being part of a successful popular revolt means fame and fortune, or at least bestows a glow of bravery. Resistance movements against Nazi rule in Europe were mostly rather small until Hitler was doomed. Then they mushroomed.

Momentum is therefore the crucial question as we look at Sunday’s events in Russia. If Russians believe next week’s protests are likely to be bigger than this week’s, they are more likely to go. Riot police start thinking of the future, and reasons to call in sick or just stay at home. Those with political ambitions start wondering when to make their move.

It is too early to say that the nationwide demonstrations in support of the jailed anti-corruption campaigner Alexei Navalny are turning into an unstoppable, regime-toppling tsunami of protest. They seem a bit bigger than last week. But the regime has upped its response too, showing determination and capability in dealing with them.

My memories of 1989 in Communist-ruled Czechoslovakia are bright in my mind as I write this. As in Russia now, the economic system in Czechoslovakia under communism broadly worked. People chafed at the indignities of daily life. They worried about the environment. They yearned for more international contacts. But the regime had very few enthusiastic supporters. Its survival rested on passive acquiescence: a general fear of the unknown combined with personal timidity. Few people wanted to follow the example of the tiny handful of dissidents, who faced vindictive persecution for what seemed like futile resistance.

Towards the end the opposition could muster respectable demonstrations on important days such as the anniversary of the Soviet-led invasion of 1968. I attended these rallies throughout 1989. But these were one-offs. They attracted tens of thousands of people who chanted “come back tomorrow” — but then stayed at home.

That changed after a demonstration on Friday, November 17, when riot police beat students (and journalists, including me). Many people did come back for a rally the next day — and a lot more on Sunday 19. I went home that night convinced that the Monday demonstration would be huge, and that the regime was doomed. It was. Within days it had split at the top and crumbled at the bottom.

In the Czechoslovak case, the catalyst was chiefly the regime’s violence, which galvanized public outrage. That could work in Russia too. But I suspect more is needed. A popular regional leader’s defection from the regime would help. I am keeping an eye on Yakutsk, where the mayor of the capital Sakha, Sardana Avksentieva, stepped down earlier this month, apparently under Kremlin pressure. She might change her mind. Once one such figure makes a move, others are more likely to follow.

The protests also increase the pressure on people in the state-controlled media, who are told to ignore or demonize what their friends and neighbors are doing. Journalists and editors can go on strike. They can defect too — and may do so on live broadcasts.

Meanwhile, outsiders do not need to just watch, wait and pray. We can also pressure our own countries to tackle the Kremlin kleptocrats and their local enablers. After all, nobody wants to be the dictator’s last friend.