Leveraging Investment and Innovation to Accelerate Capability Development and Delivery 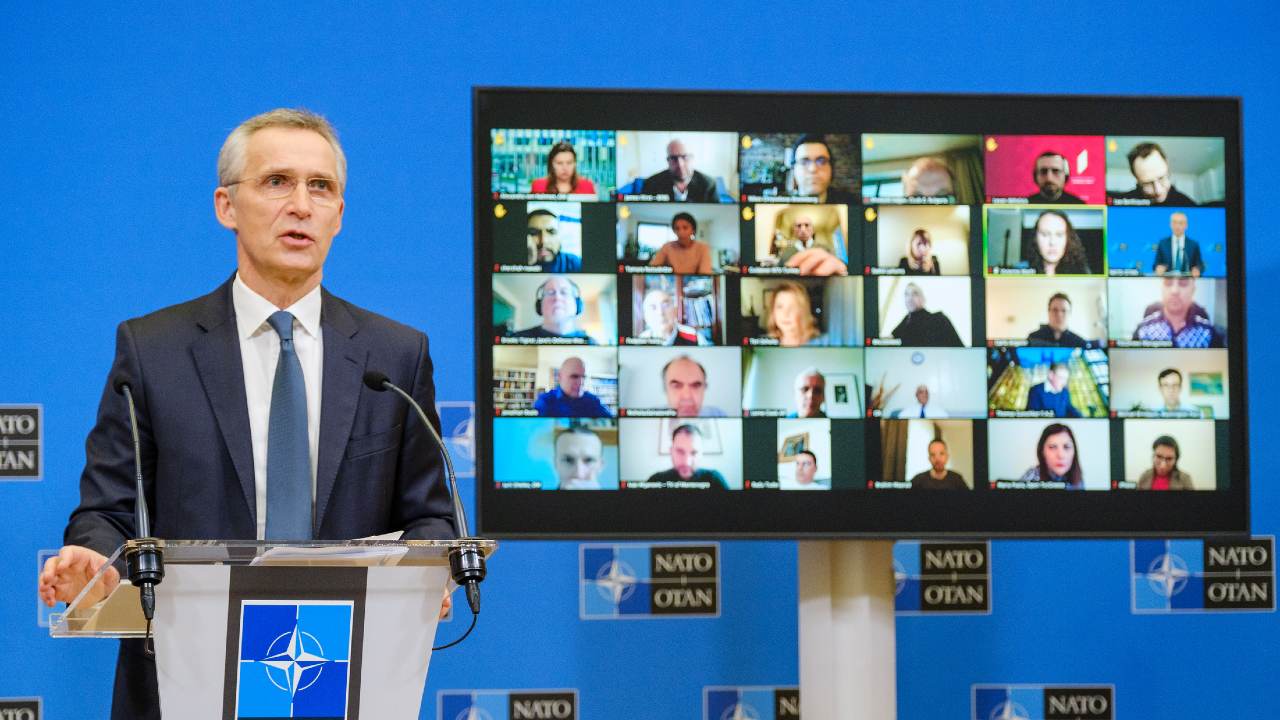 Photo: Press conference by NATO Secretary General Jens Stoltenberg ahead of the meetings of NATO Defense Ministers at NATO Headquarters in Brussels on 17 and 18 February. Credit: NATO

Investing in defense means securing the future. Less well known, Article 3 of the Washington Treaty calls for Allies: “Separately and jointly, by means of continuous and effective self-help and mutual aid, [to] maintain and develop their individual and collective capacity to resist armed attack.” The “capacity to resist” translates into investing in and possessing the necessary capabilities, including appropriate equipment, trained personnel, harmonized doctrines, and procedures, exercised and interoperable forces, and integrated plans.

The ambition to ensure adequate defense and a technological edge over potential adversaries led the Allied Heads of State and Government to agree at the 2014 NATO Summit in Wales a Defense Investment Pledge (DIP), aimed at reversing years of downward trends in defense spending. Allies committed to dedicate at least 2% of Gross Domestic Product (GDP) to defense, of which at least 20% was to be invested in Research and Development (R&D) and the acquisition of new equipment.

Seven years later, where are we? Notable progress will be announced at the upcoming NATO Defense Ministers Meeting, on February 17-18. The bottom line is that Allies have already spent significantly more on defense than originally planned in 2014. They continue to spend more and they continue to improve their plans to meet the 2% and 20% commitments. 1

Allies spend on defense in three ways: individually, cooperatively through multinational efforts, or collectively. Through the NATO Defense Planning Process, which is the tool for ensuring military requirements are met with the needed capabilities, NATO is delivering key capabilities, such as Ballistic Missile Defense (BMD), and complex C4ISR 2 programs, such as Alliance Ground Surveillance (AGS), the Airborne Warning and Control System (AWACS) and its future replacement Alliance Future Surveillance and Control (AFSC).

Our societies and businesses thrive in security and Allied leaders and governments recognize the fundamental need for adequate defense. Thus, defense investment is incentivized and continues to be seen as relevant and necessary despite concerns that economic recovery from the effects of the pandemic may constrain future budgets and limit defense spending. This should not be surprising. Investing in defense capabilities can contribute to economic recovery, benefitting labor and multiple sectors of the economy.

More importantly, the security environment is increasingly challenging and complex. Allies are faced with an aggressive and capable Russia, active international terrorist groups, and significant instability in the vicinity of Europe. And Allies have taken note of a more assertive China focused on advanced technologies and military modernization, adding to challenges in the information and cyber spheres, and, like Russia, actively undermining key tenets of the international rules-based order.

While defense investment is not the only instrument to respond to the threats and challenges above, it is a necessary condition to achieve NATO’s aim of securing and defending its populations, territories, and forces from aggression.

In addition to the right types of defense investments, innovation is a sine qua non to maintain the edge that has guaranteed the security and stability of the Alliance for over seven decades. NATO has consistently created innovative strategies, concepts, and policies, as well as capabilities based on the latest technologies. Innovation has always been a key aspect of NATO’s capability development efforts. That said, the relevance of innovation has increased, caused by:

As a result, NATO has increased its focus on innovation, tailoring initiatives across its enterprise to improve information sharing and awareness of new technologies, new applications and concepts aiming to seize opportunities and address challenges through innovative processes, and focused concept and capability development. In 2019, Allies approved a Roadmap for Emerging and Disruptive Technologies (EDT) focused on seven different areas. 3 In 2020, NATO’s Science and Technology Organization published a compilation of Science & Technology Trends 2020-2040 covering the most novel technologies, manufacturing processes, and concepts. In February 2021, Defense Ministers are poised to approve a strategy to pursue emerging technologies, foster their development and appropriate employment, while protecting them against malign use, all in order to preserve NATO’s technological edge and military strength for the foreseeable future.

NATO’s contribution to Transatlantic defense includes three roles, grounded in Allies’ commitment to maintain and develop their individual and collective capacity to resist armed attack (Article 3 of the Washington Treaty).

First, NATO collectively prepares Alliance-wide defense and security policies and plans; allocates over time and across Allies the sum of forces and capabilities to meet NATO’s defense needs; and assesses progress. Allies also collectively agree defense strategies, analyses, operational concepts, and standards to ensure interoperability. In this same vein, NATO provides the means to develop, maintain, and employ capabilities through commonly funded capability programs, a NATO Command Structure, and a robust training and exercise program. Second, at the multinational level, NATO enables groups of Allies to voluntarily cooperate in R&D, testing and experimentation, capability development, and acquisition for a wide variety of defense needs from critical munitions, to weapon systems, to specialized training and deployable force headquarters. Finally, NATO provides tailored assistance to individual Allies upon request, to assist them across the spectrum of defense planning, capability development, and acquisition.

While NATO’s roles in contributing to Transatlantic defense and security are not new, the focus and approaches adopted by NATO are. In early 2019, recognizing both the urgency of need for critical capabilities and the opportunity that multiple favorable conditions presented the Alliance, the armaments and science and technology communities developed a joint initiative to focus R&D and ensure greater collaboration with the military community to deliver capabilities critical to preserving NATO’s technological edge and decisive military advantage, and where possible to do so faster. The joint initiative was named Achieving and Accelerating Capability Development and Delivery (A2CD2). The favorable conditions that A2CD2 leverages include:

The most tangible outcome of A2CD2 has been enhanced multinational cooperation on prioritized capability areas leading to numerous new studies, new projects, and improved collaboration with and support from strategic commands for operational experimentation and interoperability trials. A flagship example of multinational cooperation is the development of the Maritime Unmanned Systems Initiative (MUSI), originating in NATO’s Naval Armaments Group, then launched as a multinational cooperation project by Defense Ministers. Participating Allies, with NATO support, 5 have established an agile hub for the common purpose of delivering unmanned solutions to Allied navies more rapidly and effectively in response to key operational challenges. Over the past two years, MUSI has established an innovation advisory board, grown from 12 to 17 member nations, and executed ambitious annual development plans (including collaborative R&D, industry engagements, and exercises and trials for applications and concepts).

While much has been done and momentum is positive, the Alliance recognizes more challenges remain to meet current and future Alliance defense needs, and to leverage innovative opportunities to strengthen deterrence and defense. In addition to the initiatives already discussed, the NATO Secretary General has developed a NATO 2030 vision with three pillars:

He will present detailed recommendations to Allied leaders later this year. Another key guiding document for future investment and innovation will be the NATO Warfighting Capstone Concept (NWCC) to be rolled out at the February Defense Ministers Meeting. The NWCC complements existing strategic documents by looking at global trends and factors affecting Alliance security over the next 20 years and prioritizing efforts in concept and capability development needed for Alliance forces to maintain a decisive comparative advantage. With continued focus on defense investment, innovation, cooperation, and collaboration, planning, and adaptation, NATO aspires to remain agile, resilient, and proactive, continuing its 70-year history of success in defending its citizens, countries, and forces.

Gordon B. (Skip) Davis Jr. is the Deputy Assistant Secretary General of the Defense Investment Division at NATO Headquarters.