The city of Kyiv is very clearly at war, though the damage so far is mostly in Kyiv district where the Russians have fought and failed to break in. 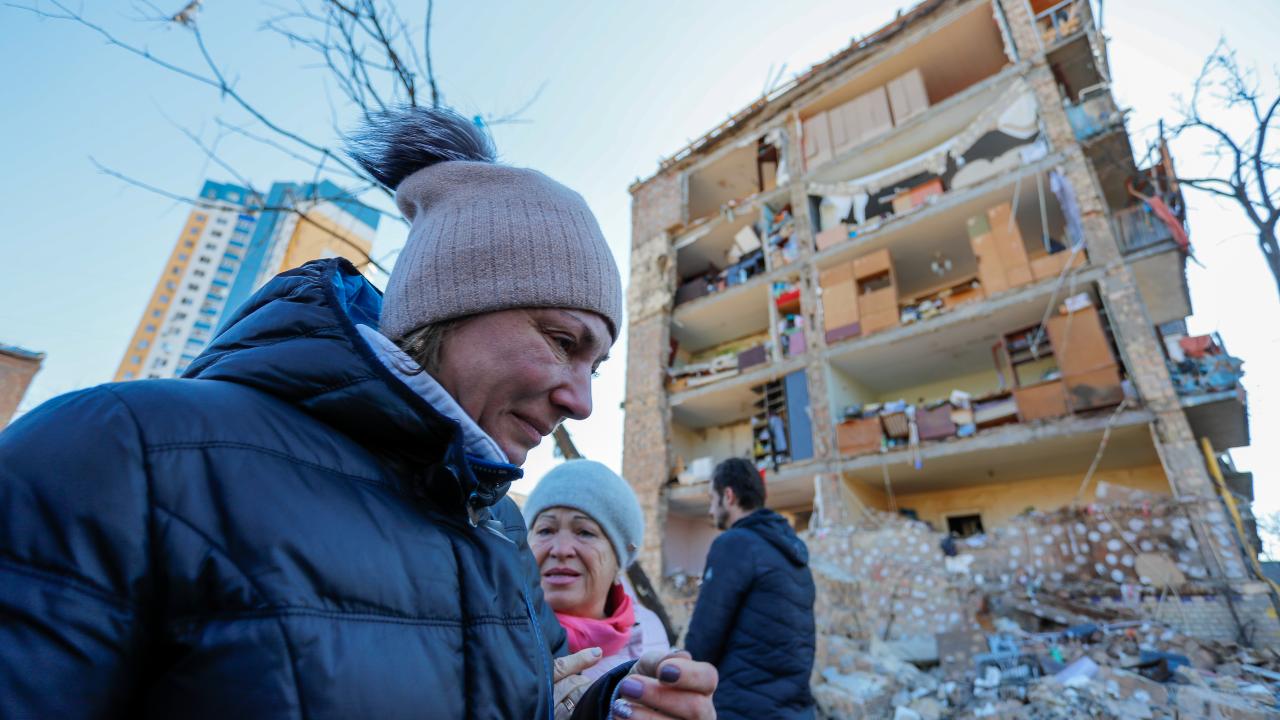 What is it like to live in a big city under wartime conditions? What is normal and what is absolutely not normal? What does one fear the most?

Almost a month into the huge Russian military onslaught, Kyiv has survived. The attempt at a swift capture of the Ukrainian capital by Russian paratroopers who tried to seize the airport at Hostomel on the northeastern outskirts, was a bloody failure, as were attempts by Russian saboteurs to infiltrate the city.

Since then, we have watched as Kyiv fought against encirclement by Russian forces. This has not happened, with routes to the southeast and southwest remaining in Ukrainian hands. Battles continue on the northern and eastern outskirts, but for now, attempts to advance further have been repulsed.

Life in Kyiv has changed in several ways. The first is horrible. So many of Kyiv’s surrounding towns and villages have been erased by Russian forces, with many civilians in those towns and villages essentially executed by the Russians, while Kyiv has been hit by missiles many times and numerous suffered civilian casualties. Similar horrific events are unfolding in many other cities, towns, and villages across Ukraine, as Russia tries — and fails — to batter the civilian population into submission.

The second is strange. A new normal has started to manifest itself. It’s amazing how quickly one can get used to new things, and I can see it’s not only me. After two very solemn and quiet weeks during the onslaught, I saw children playing in the playground yesterday and I also saw a small fruit and vegetable street vendors operating.

For sure, this is not the old normal with many children out and street markets everywhere, but it is a new normal. A new normal where one almost gets used to stopping at checkpoints to show ID instead of stopping at traffic lights, where lane changing is required not to overatke but to zigzag through the chicanes at major barricades, where one is happy if there is more than one kind of bread and no line to get into the supermarket, where you suddenly realize you’ve slept through an air raid, where your home now contains containers of water and long life food in the hallway.

Then there is time and place, which have become a blur. One doesn’t go out often and since there are no social activities and most people don’t go to work, each day is much like the day before and one forgets which day it is, or what time it is.

Finally, the new normal includes a large amount of frightening uncertainty. Russian artillery is struggling to get within striking distance from the center of Kyiv and an encirclement or assault might yet happen, at any time. The invader’s horrors continue, one after another, and people spend large amounts of time following the news. The Ukrainian army is doing better than expected and the Russian army is as brutal and criminal as its historic reputation has told us that it is.

Our future, Ukrainians and foreigners (in my case Swedish) determined to stick it out despite a world-changing war, with unprecedented levels of unprovoked 21st century violence on the European continent, now lies in the hands of the Ukrainian soldier.

He and she have proven resourceful and able fighters. Civilians trust the armed forces and their inspirational courage. Ukrainian society is strong and resilient and we all believe that victory will come, a point resolutely made by my Ukrainian mother-in-law as an explosion rattled out windows at lunch on March 22. “Was that normal artillery or the anti-aircraft defenses,” she asked, unblinkingly.