Italy Can Step Back From the Brink

The headlines say the government is close to collapse, but there’s still time to keep the administration in power. That would be good for the country. 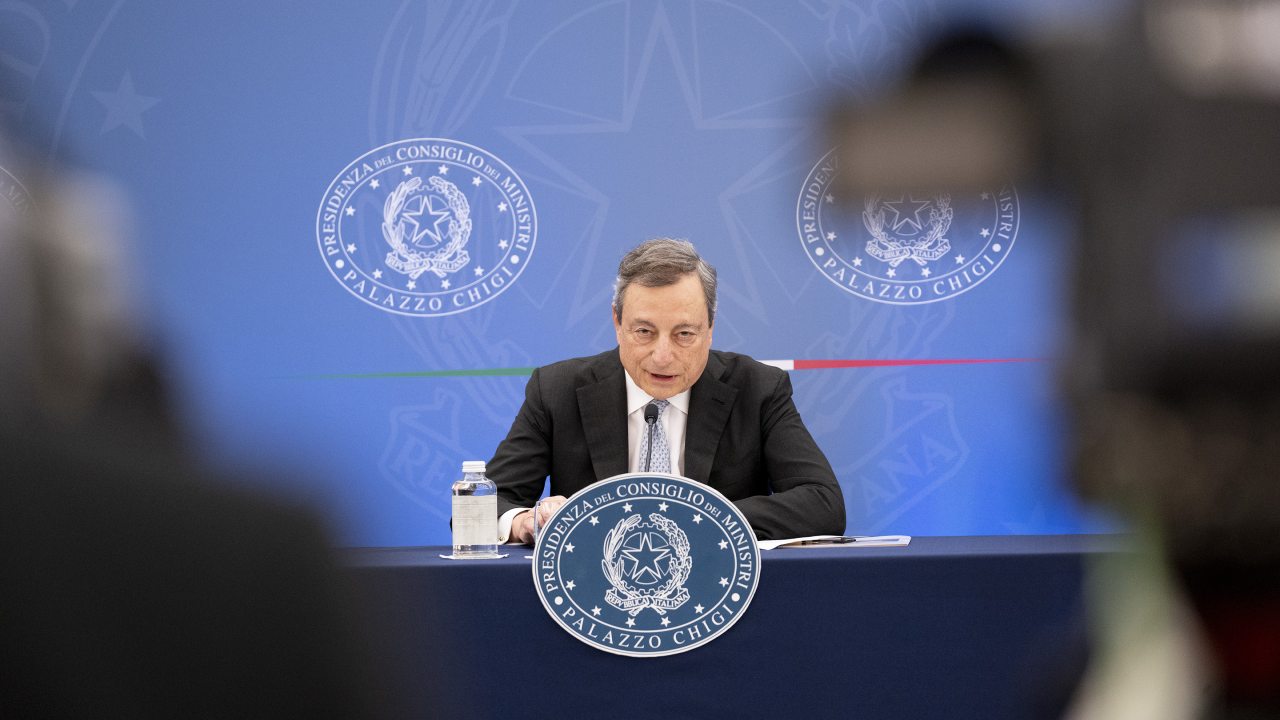 Digital Democracy: Tech Can Strengthen Open, Free Societies Western Elites — Rubles Bought (Some of) the Best From Havel to Pavel: The New Czech President What’s a Russian? Rebuilding Ukraine: A Historic Plan for Congress Russian Media in Exile and Latvia: The Limits of Free Speech Understanding Islamic Education in Russia: The Struggle over Identity and Belonging in Russia’s Muslim-Majority Regions
Explore

Mario Draghi, Italy’s Atlanticist prime minister, resigned on July 14, citing the loss of support from the 5-Star Movement, part of his governing coalition. The premier’s request to resign was however rejected by President Sergio Mattarella late on the same day. Draghi was asked to speak to parliament on July 20 to assess the mood.

The immediate cause of the government’s collapse was the populist 5-Star Movement’s refusal to support Draghi’s measures to address the cost of living crisis, but the 18-month-old coalition has been riven by other issues including aid for Ukraine, an unprecedented energy crisis in Europe, and looming economic difficulties.

The premier said he saw no chance of implementing the government’s original agenda and that the conditions that brought together a diverse array of political forces into his government “no longer exist.” Draghi’s decision underlined once again his unwillingness to be blackmailed by parties or political leaders, inside or outside his government.

The next few days are likely to be marked by frenetic backroom negotiations among parties, with a wide group including center-left forces such as the Democratic Party, Italia Viva and Liberi e Uguali, pushing for Draghi to remain, and the two major coalition’s parties, the right-wing League and the 5-Star Movement calling for new elections. The outcome is uncertain, but in the meantime, Italian shares fell and bond prices rose.

Foreign Minister Luigi Di Maio warned on July 15 that the country may be heading for an election in the fall, some months ahead of the scheduled date during the first half of next year. That would be welcomed by Russia, he said and added: “If Draghi falls, we vote.”

Who would benefit? According to the latest national polls, the opposition conservative, right-wing party, Fratelli d’Italia (Brothers of Italy, led by a female, Giorgia Meloni) leads with 23%, ahead of the center-left Democratic Party, a member of the governing coalition, with 21%. Paradoxically, the 5-Star Movement would likely lose votes and therefore members of parliament; it has slumped to 11% support (from 35% at the 2018 election) and is suffering badly from internal splits. The League’s backing is close to its 2018 vote of 17.5%.

Although Fratelli d’Italia has toned down past talk of an exit from the euro, investors will likely continue to be concerned by those statements. Nonetheless, it is a pro-Atlanticist party, has condemned the Russian invasion and has voted in favor of arms for Ukraine.

The trouble for Draghi began when the 5-Star Movement boycotted a confidence motion over his plan to tackle soaring inflation, using as a pretext a clause in the plan regarding the proposed construction of a trash incinerator in Rome to solve the city’s garbage crisis, which the party obstinately opposed for environmental reasons. Despite having acknowledged Draghi’s availability to listen to the 5-Star objections and review the plan, the party’s leader – and former Prime minister – Giuseppe Conte decided to maintain his opposition.

Yet the crisis has long been simmering due to substantial disagreements on other important issues such as the government’s firm reaction to the Russian invasion and the provision of weapons to Kyiv, but also the rise of defense spending to reach 2% of the GDP, which the 5-Star and the League swallowed only with enormous difficulties. Both parties have repeatedly advocated for a softer approach towards Russia, calling for sanctions to be eased and pushing for the relaunch of diplomatic negotiations. Both have ties to the Kremlin; 5-Star’s foreign affairs spokesman called the 2017 siege and shelling of Aleppo a “liberation”, while the League was accused of negotiating with unidentified Russian to receive millions of dollars in payments. Whatever the outcome of an election, the collapse of Draghi’s government would be a win for Russia.

The League, along with Fratelli d’Italia is pushing hard towards early elections, sensing the possibility of success after a crisis they have no direct responsibility in. In fact, the sense is that League’s leader Matteo Salvini was just waiting for someone to open the crisis in order to exploit it.

However early elections are only one of three possible options, and which largely depend on parties’ peacemaking negotiations or, should these fail, President Mattarella’s actions. The first option – and a likely one – involves the governing majority taking a step back and – thanks to compromise and reassurance – passing a new vote of confidence in the current prime minister and his cabinet. This would represent a substantial victory for Draghi, who would see his position considerably reinforced. Mattarella’s reaction to Draghi’s resignation shows that the President’s desire is to continue with this legislature.

If no agreement is reached, the ball is in Mattarella’s court. He can choose between dissolving the parliament and holding early elections or, more likely given this extremely delicate moment, appointing an interim executive tasked with leading the country until next year’s elections. Mattarella, who is used to guiding Italy in political emergencies, is aware of the crucial conjuncture as the country needs to approve its budget law in the fall, implement its national reform plan to receive its share of the EU recovery fund, worth €191bn ($191.5bn), and continue its military support to Ukraine.

While Draghi’s departure would be a red flag for Italian politics, six days could see many things change. To the frustration of many – including pro-Russian sympathizers – past political experience demonstrates that everything can change so that nothing changes. Right now, Draghi’s leadership is what Italy needs the most. Let’s see if he will double or quit.