International support for the victim has intensified far beyond what most expected, and Ukrainians have successfully continued to hold the line. 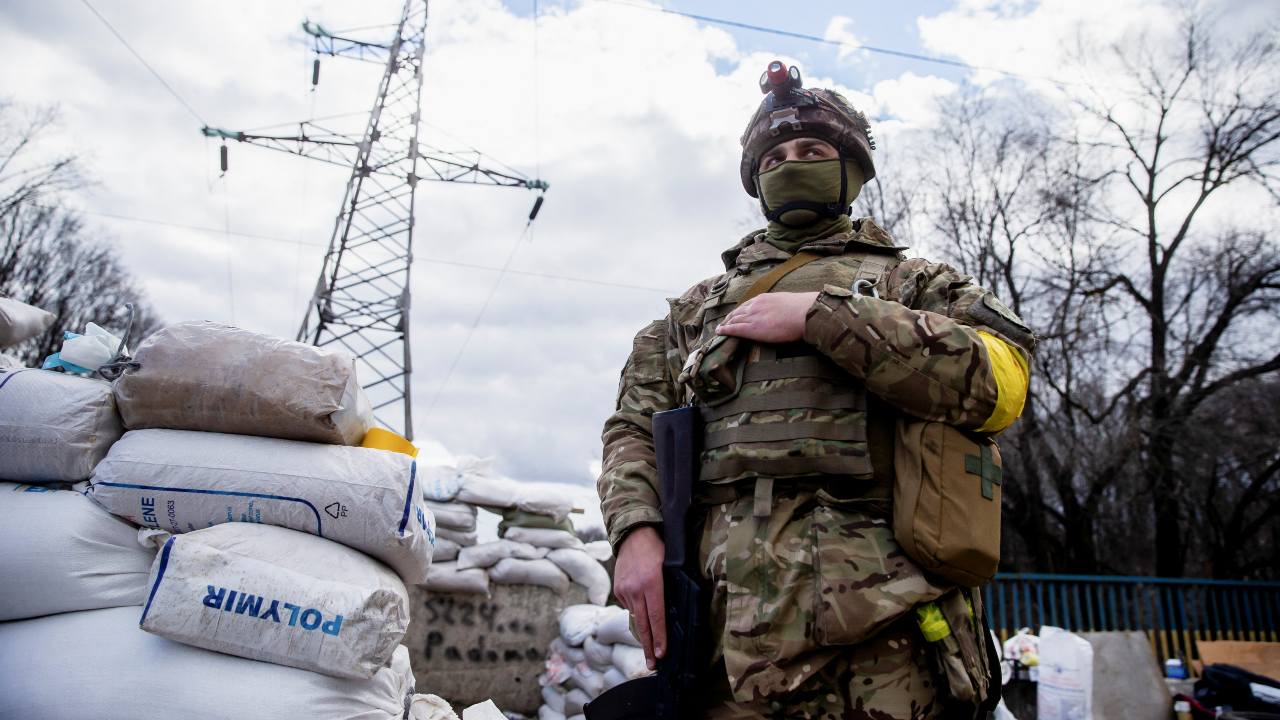 On the fifth day (February 28-March 1) of Russia’s unprovoked war against Ukraine, international support for the victim has intensified far beyond what most expected, and Ukrainians have successfully continued to hold the line.

Yet as a 40-mile column of Russian armor and other vehicles heading for Kyiv testified, there is no sign that Vladimir Putin intends to end his war of conquest. Indeed, the signals are that he will raise the stakes and the price paid by ordinary Ukrainians.

The United States and its allies have responded with unprecedented and seemingly unending pledges of arms and other supplies along with barrages of sanctions. The European Union (EU) has imposed personal sanctions against 26 “media persons” and businessmen close to the Kremlin, promised $500m of military aid including some combat aircraft.

Even Germany broke a long-standing ban on arms exports to conflict zones by promising to send 1,000 anti-tank systems, 500 Stinger surface-to-air missiles, and nine howitzers. In addition, NATO countries, according to Secretary General Jens Stoltenberg, are stepping up support for Ukraine with air-defense missiles, anti-tank weapons, as well as humanitarian and financial assistance. Ukraine’s President called for foreign volunteers to join a new foreign legion and there were early signs that many planned to respond, including former service personnel. There was news from the UK that 150 former British paratroopers with combat experience in Afghanistan and other former personnel planned to head to Ukraine.

Meanwhile, Russian commanders frustrated by the success of Ukrainian military resistance are employing ever-greater levels of violence through ballistic missile strikes and the use of unguided artillery munitions. Residential and administrative areas are being targeted.

During the shelling of Kharkiv on February 28, the Russian military used Grad and Smerch multiple launch rocket systems. Kharkiv City Council reported that after this shelling, 15 military personnel and 16 civilians were admitted to hospitals with injuries of varying severity, and one woman died, according to analysts from the Conflict Intelligence Team,

“The shelling was carried out directly on residential buildings from some kind of heavy weapons, when during a volley many rockets fly out at once . . . fortunately, they did not get into our house, but they smashed the apartment of my classmate at the university,” said Yulia, a resident of Kharkiv, in an interview with CEPA.

According to residents of Kyiv, heavy shelling and explosions were heard about three times last night; the heaviest attack was focused on the city of Brovary in the Kyiv region. At the same time, the shelling of Chernihiv, Zhytomyr, and other cities is still continuing. As of February 28, Russia had fired more than 350 missiles at Ukrainian targets, including homes and civilian infrastructure, according to a US Department of Defense official. He said Russia is now shifting to siege tactics, which will increase the likelihood of collateral damage.

Russian troops captured Berdyansk, a port city on the Sea of Azov. One resident of the city, Ukrainian Orthodox priest (a church independent Russia Moscow, which received autocephaly in December 2018) Oleg Nikolaev, wrote that he and his family had begun to receive death threats. Nikolaev takes such threats seriously: in 2014, an assassination attempt was already planned on the family, which the killers tried to pass off as a household fire. On March 1, Ukrainian forces said they had launched a ballistic missile attack on Russian troop concentrations in Berdyansk.

In parallel with this, according to the British newspaper, The Times, about 400 mercenaries of the notoriously brutal Wagner PMC are now operating in Kyiv. The military has reportedly been tasked with assassinating Ukrainian President Volodymyr Zelenskyy, his wife, and members of the Ukrainian government to pave the way for the Kremlin to take control of the situation in the country.

Repression and the nuclear threat

Despite this, several rounds of Russian-Ukrainian talks took place on February 28 in the Belarusian city of Gomel. The results of the meeting are not yet known, and their main goal was to call a ceasefire. Both sides said afterward that they planned to meet again, although Russia said these would not be held at a presidential level. A member of the Ukrainian delegation, People’s Deputy Rustem Umerov, briefly told CEPA that there is a chance for progress in the talks, but offered no details.

Yet, so far there is no sign that Vladimir Putin intends to end the war. On February 27, the Russian dictator ordered the transfer of the strategic deterrence forces (including nuclear weapons) to an enhanced duty regime. The Pentagon has already said that this order could make the situation “much more dangerous,” and there was unverified information that Putin’s family was taken to an underground bunker in Altai. Britain’s Defence Secretary Ben Wallace said that while Russian threats are serious, his intelligence analysts had noted Putin’s language did not use Russian military terminology and that the threat may therefore be propaganda.

Be that as it may, the Kremlin is clearly preparing for a protracted war. This is also manifested in the tightening of repressive legislation. In particular, the Prosecutor General’s Office has threatened to level charges of high treason for any assistance to Ukraine, while Putin loyalists in the Duma promise to introduce criminal liability of up to 15 years in prison “for disinformation about the actions of the Russian armed forces during the military special operation in Ukraine.” According to human rights activists, 5,935 people were detained at anti-war demonstrations from February 24-27 in more than seven dozen Russian cities.

At the same time, sociologists say that the majority of Russians, if not actively supporting the war, believe it a forced and necessary measure. The head of the independent Levada Center, Denis Volkov, while not providing exact figures, noted the continuing existence of the “Putin majority”, which generally supports the invasion and an anti-war minority. In his opinion, the pro-war majority could be more than half of the country’s population.

This can be explained both by the unprecedented outpouring of aggressive propaganda and by a bizarre but accepted claim that Russia is not starting, but ending the war that NATO and “Ukrainian Nazis” have waged against it. At the moment, many Russians believe that the invasion will eliminate “the threat”, that its armed forces will remove “an anti-Russian NATO foothold at the Russian border”, and that a “peaceful and friendly Ukraine” will return to the fold.

This Panglossian outlook is likely to crumple, experts agree, as Russians feel the effect of sanctions and as the military conflict drags on (Ukraine claims to have inflicted 5,710 casualties), public sentiment will change significantly.