In the Balkans, Serbia Has Its Own Vaccine Diplomacy 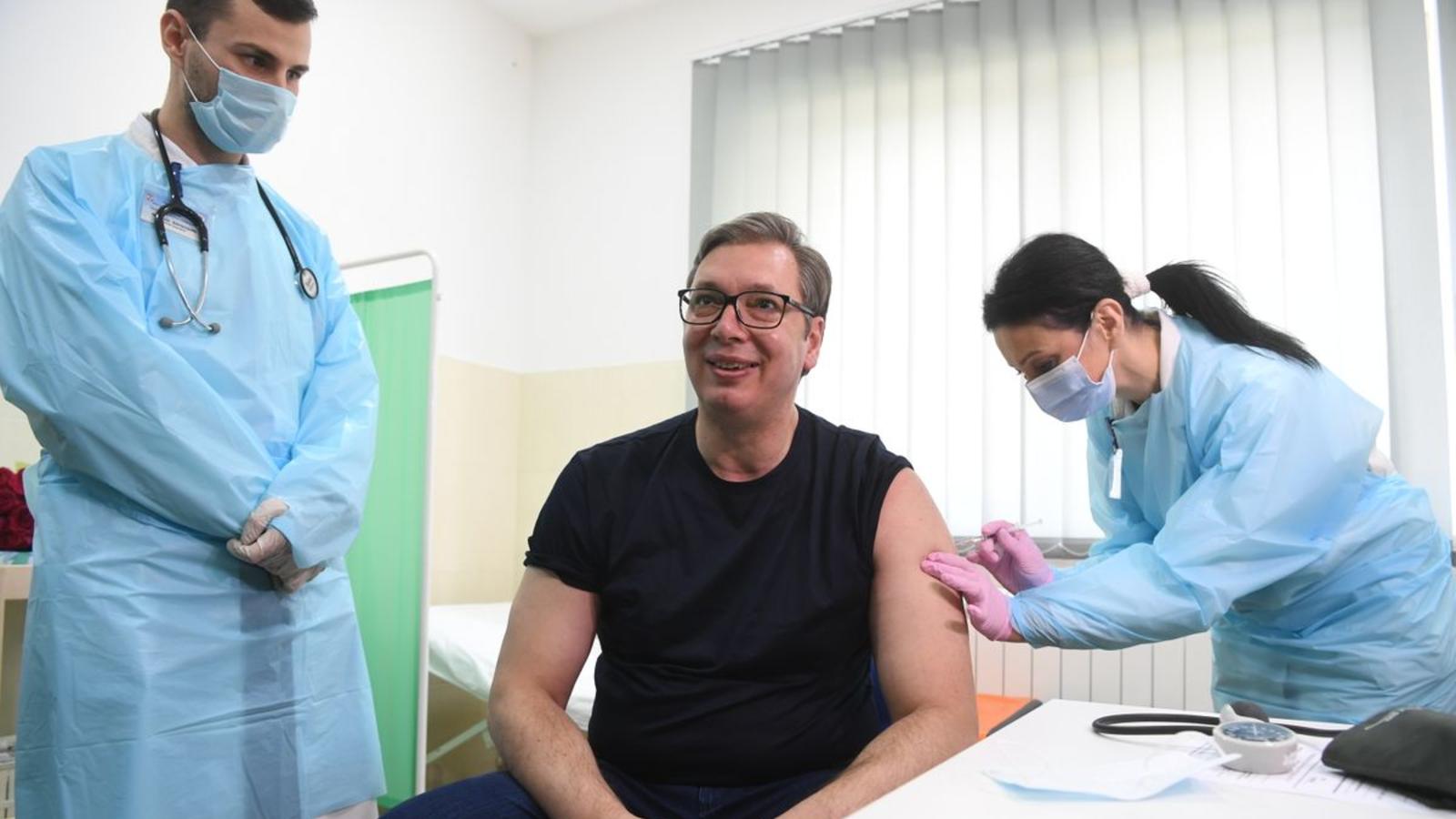 Covid-19 vaccines have a powerful political value for smaller countries too.

On January 9, Serbian Minister of Health Zlatibor Lončar donated 10,000 AstraZeneca vaccines to representatives of the Canton of Sarajevo in Bosnia and Herzegovina. This was the latest vaccine donation by Serbia to its neighbors in the Balkans. In the course of the covid-19 pandemic, many great powers tried to increase their soft power credentials and prestige through vaccine supplies. Among them have been the likes of China, Russia, and India. While Serbia is not a global great power, it is the most strategically consequential country in the Balkans and exercises its own vaccine diplomacy. By donating vaccines to its neighbors, Serbia gains political prestige and asserts regional leadership.

Serbia has been quite active. In February, Serbian Prime Minister Ana Brnabić personally delivered 2,000 doses of Russian-made Sputnik V vaccines to its Montenegrin counterpart Zdravko Krivokapić. That same month, it donated 4,680 doses of the Pfizer vaccine to North Macedonia, which the government in Skopje used to vaccinate medical staff employed in covid centers. At the beginning of April, Serbia was even more generous to North Macedonia when it agreed to donate  20,000 Russian Sputnik V vaccines, with an additional 20,000 soon after that. In Kosovo, which Serbia formally treats as its territory, Serbia vaccinated ethnic Serbs living in north Kosovo. The biggest impact from the standpoint of regional politics was when the Serbian most powerful man, President Aleksandar Vučić, personally flew to Sarajevo to donate 5,000 AstraZeneca doses. Greeted by the Bosnian tripartite presidency, Vučić broadcast a powerful message of regional leadership.

The list does not end there. In late March, Serbia allowed foreigners, mainly from neighboring countries, to come to Serbia and get inoculated, leading to the arrival of citizens from Bosnia and Herzegovina, Croatia, Montenegro, North Macedonia, and Albania. To combat the spread of the pandemic among refugees, Serbia, with the help of the United Nations High Commissioner for Refugees (UNHCR), vaccinated refugees, asylum-seekers, and migrants living in the Serbia-based asylum centers. Serbia has also signed contracts to start the production of Russian Sputnik V vaccines on Serbian soil. A similar arrangement was made regarding Chinese Sinopharm vaccines. Opening the facility for the production of Sinopharm vaccines in Serbia is also planned, with China and the UAE providing the financing.

Why is Serbia engaged in this policy? For starters, because it can. Unlike its neighbors, which primarily relied on the EU and the international COVAX system for vaccine procurement, Belgrade has used a diverse network of international partnerships. Serbia has been getting its Sputnik V vaccines from Russia and AstraZeneca vaccines from India and the UK. Through the COVAX system, Serbia got AstraZeneca vaccines and Pfizer vaccines directly from the producer. The biggest gamechanger for Serbia was the procurement of Chinese Sinopharm vaccines, with 1 million doses arriving in January, and in March, an Agreement on the supply of two more million doses was signed. Thanks to this maneuvering, at one point, Serbia had the second-fastest vaccination rate in Europe after the UK. However, as the vaccination rollout is slowing down in Serbia due to conspiracy theories and global panic over AstraZeneca vaccines safety, Serbia had a motive to make vaccines available to its neighbors, particularly as AstraZeneca vaccines were expiring.

Vaccine diplomacy is also a way for Serbia to increase its political prestige, soft power and assert regional leadership. By virtue of its size and strategic geography, the country outmatches many of its neighbors. This is particularly easy to achieve as the rest of the Balkans were not as lucky. Take Bosnia and Herzegovina. By mid-March, the Canton of Sarajevo had the greatest number of infected per 100,000 people in Europe. By early April, more Sarajevo citizens were dying on average each day than died during the siege during the Bosnian War.

The wars of Yugoslav succession in the early 1990s left Serbia with a poor reputation among its neighbors. But there are clear signs that Serbian vaccine diplomacy has been overwhelmingly positive even in countries with continuing war trauma, like Bosnia and Herzegovina. One newspaper in the region argued that Vučić ”imposed himself as the leader of the entire region during the pandemic, and Serbia as the protector of our health.” Indeed, as the Spanish digital newspaper El Confidencial noted: “It is the first time that the countries of the region have looked to Serbia as a role model in a long time.” Vučić’s public diplomacy and soft power push are paying off. Since Serbia will start producing Chinese and Russian vaccines, it is poised to become a regional supply hub for vaccines in the Balkans. This transformation will strengthen Serbian regional leadership as the other countries will be more inclined to play nice as they might depend on reliable vaccine supplies in a future health crisis.

The crisis in Serbia’s relations with the West is also a powerful factor at play. After making a failed bet on Trump’s reelection, Vučić fears potential pressures from the Biden administration on issues like Kosovo. After years of turning a blind eye to Serbia’s illiberal tendencies, the EU is less lenient these days. A recent report by the European Parliament blasted Serbian leadership for failures on the rule of law, freedom of expression, the medical system’s performance during the pandemic, and unsatisfactory measures against organized crime and corruption. Vučić’s angry reaction showed that relations with the EU are no longer carefree. The vaccine campaign is part a way to throw down the gauntlet against the EU by demonstrating that Serbia can do fine in its region even without the EU’s help, particularly since the vaccines acquired from China and Russia helped Vučić in doing so. At the same time, Vučić is sending a message to the Europeans that his regime can play the role of a regional stability anchor and that it is better for them to embrace him as a partner rather than turn him into a regional pariah.

Domestic politics helps shape Vučić’s policy, as always. Vučić and his entourage have already shown a tendency to use Serbian vaccine procurement as a domestic promotion tool. By donating to their neighbors, Vučić and his allies can again score domestically by portraying themselves as generous and competent leaders taking care of the wider community. This is a sound approach in the age of covid-19 and with Serbian presidential elections planned for 2022.

It is not unnatural that Serbian leadership wants to capitalize on its current advantages and boost its regional sway. Doing so through vaccine diplomacy is a major improvement compared to the nationalist history that Vučić and his allies have from the 1990s. What is worrisome about Vučić is not vaccine diplomacy, but the ease with which he makes a switch. When it suits his purpose, Vučić can quickly flip from being a vaccine donor to a nationalist willing to provoke tensions with the neighbors to score domestic points. For now, let us enjoy his generosity.

Vuk Vuksanovic is a Ph.D. researcher in international relations at the London School of Economics and Political Science (LSE), an associate of LSE IDEAS, LSE’s foreign policy think tank, and a researcher at the Belgrade Centre for Security Policy (BCSP). 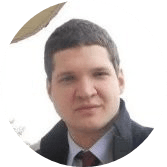