After two weeks of war, one of the most puzzling features is the clumsy and largely inefficient logistics that has so far dogged Russian offensive operations. 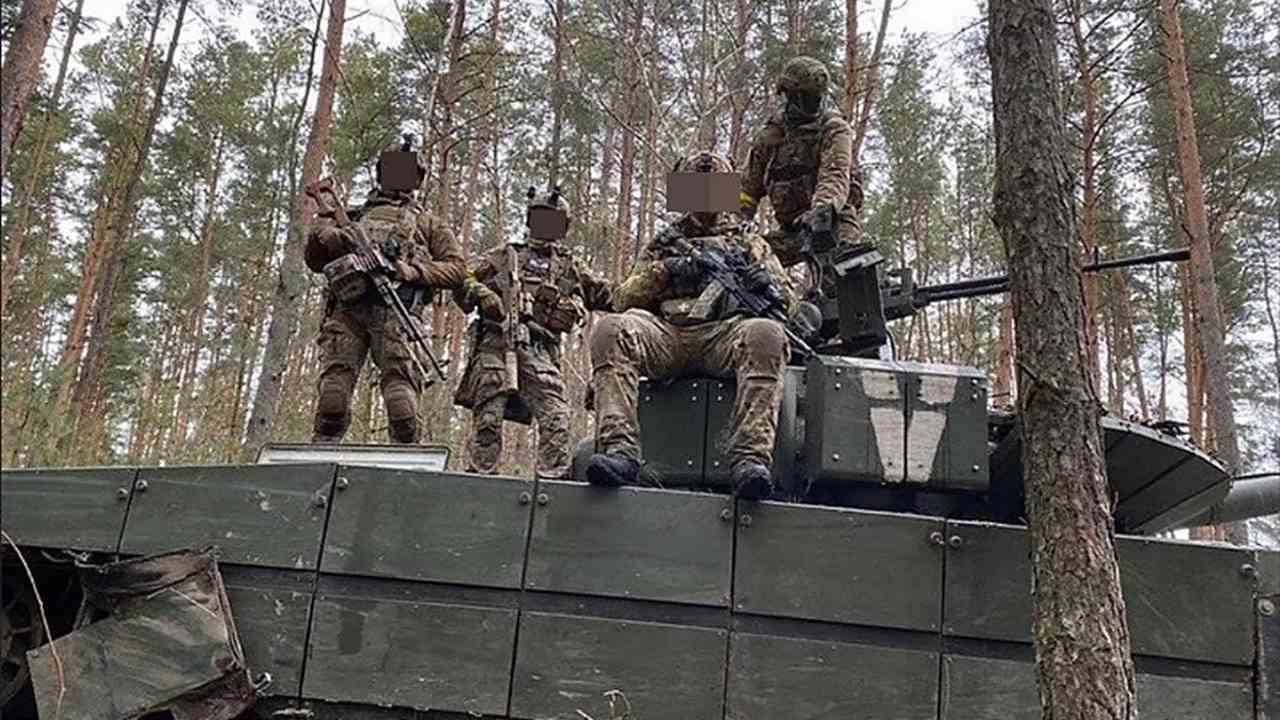 The infamous kilometers-long Russian convoy stuck northwest of Kyiv being only one of many cases of bumbling behavior. While many Russian military affairs experts have rightly attributed these shortcomings to poor battle planning, troops’ unpreparedness, and technical breakdowns, the effectiveness of Ukrainian forces should also be noted — they have mounted a stiff and clever resistance aimed at disrupting Russian logistics and lines of communication, with notable results.

Against this backdrop, Ukrainian special operations forces (SOF) are emerging as a pivotal component of the Kyiv government’s strategy to erode the sustainability of the Russian invasion by raising its human and materiel costs through a combination of guerrilla tactics, mobile defense, and ad-hoc counterattacks.

The Ukrainian special operations forces at a glance

Ukraine’s decision to establish a Special Operations Command (SOCOM) as a separate service branch came at the end of 2015 following a string of military setbacks in the south-eastern region of Donbas, where Russian-backed separatists exploited the structural deficiencies and unpreparedness of the Ukrainian military and took control of large swathes of Donetsk and Luhansk provinces, which were proclaimed the “People’s Republics of Donetsk and Luhansk” (DPR and LPR) in the spring of 2014.

This painful experience and the continuing Russian threat pushed the political leadership in Kyiv to launch an ambitious restructuring of the national armed forces. The 100% increase in Ukraine’s defense budget between 2015 and 2020, from $2.96bn to $5.92bn (about 4.1% of GDP), provides an idea of the urgency of these reforms, which aimed to modernize the Ukrainian military and improve their capabilities by prioritizing key areas such as command and control, maintenance, training and professionalization, operations planning, and investments in new weaponry.

This effort was complemented by the substantial support of Western countries, including the US, UK, Canada, and several European nations in the form of financial assistance, security sector reform (SSR) programs, and multiple defense cooperation initiatives within the framework of the 2016 NATO Comprehensive Assistance Package for Ukraine.

The Ukrainian Special Operations Command, which includes approximately 2,000 personnel enlisted in seven special operations regiments split between the army and navy (this does not include the country’s main intelligence service, the SBU), has been amongst the main beneficiaries of Western support. Ukrainian special operators regularly participate in NATO military exercises, including all recent editions of the Combined Resolve Exercise, and bilateral as well as multinational training schemes involving NATO and non-NATO partner countries. A secretive US-led training program for Ukrainian special forces units was also launched by the CIA in the US in 2015. The goal was the creation of a highly professional force radically different from its Soviet-trained predecessor and which was designed to sharpen insurgency tactics and “kill Russians”, as one trainer put it.

This extensive cooperation is said to have tremendously improved Ukrainian SOF’s interoperability and capabilities, and in 2019 Ukraine’s 140th SOF Center became the first-ever non-NATO unit to obtain NATO’s SOF certification, becoming eligible to deploy under the NATO Response Force’s umbrella, with additional units expected to join the club soon. Training at alliance standards has also granted privileged access to state-of-the-art equipment, including advanced night-vision goggles, portable real-time intelligence surveillance and reconnaissance (ISR), and communication devices, which greatly enhances the effectiveness of Ukraine’s SOF in highly contested areas. Since 2016, Ukrainian SOF have improved to become the tip of a reforged national military that, just two years earlier, was described as “an army in ruins” by its chief of staff and was barely able to deploy 1,000 fully trained and equipped personnel out of 200,000 on the books.

While Ukrainian SOF was established in the context of the operation against irregular separatist units and hybrid threats emanating from Russia, over the years their role has inevitably evolved as part of the country’s preparation for a conventional conflict with the Russian army. Given the prolonged and well-documented military build-up around Ukraine, an all-out Russian offensive was expected, although it has clearly proved incredibly challenging. Still, the available evidence suggests that the Ukrainian SOF are performing remarkably well against an opponent that – at least on paper – enjoys both superior capabilities and overwhelming firepower.

The reasons lie not only in superior tactical skills compared to most Russian troops that have so far taken part in the invasion, but also in the ability to operate at night and in Russia’s poor tactics, as corroborated by the latter’s substantial lack of coordination — even at the platoon level — and combined arms maneuver capabilities.

Ukrainian SOF has repelled advancing Russian mechanized forces in Kyiv’s suburbs, especially Bucha, Irpin, and Hostomel, causing heavy losses. In other areas, they have maintained a “lower” profile and engaged in irregular warfare and operations behind enemy lines to attack the logistical tail, including supply convoys and Russian outposts such as the Chornobaivka airfield, near the Russian-occupied city of Kherson.

SOF units represent a force multiplier and offer Ukraine special skills that are meant to bridge critical gaps in key military domains, while personnel- and equipment-heavy frontline units should remain the preserve of the regular army. But as Russia adjusts its approach and pours new men and equipment into Ukraine, Ukrainian SOF may be forced to engage in more conventional and high-intensity combat against a heavily armed and less-restrained rival.

Although there are no available reports on SOF casualties (it’s unlikely there ever will be), attrition will exact its toll as the conflict continues, with serious consequences in terms of replacements and unit rotation given the force’s highly selective recruitment standards. Notwithstanding their adaptability, should the conflict continue at its current intensity, the Ukrainian SOF risk being stretched dangerously thin within a few weeks.

In anticipation of this and the need to continue a longer-term war of resistance against an occupying force, Ukrainian special forces are likely to use strategies that focus on active/mobile defense to buy time – as they are currently doing – especially if integrated within a nationwide irregular struggle aimed at exhausting the enemy’s human and material resources. This entails a smart relocation of SOF units across Ukraine, embedding them with local resistance, and ensuring they have continuous access to Western supplies and intelligence.

What lessons for NATO and Western militaries?

Although the invasion is not yet three weeks old, Russia’s aggression already holds lessons for military planners and offers lessons to Western, and especially European countries, regarding the need to relaunch defense as an integral and essential component of foreign policy.

When it comes to special operations forces, this development makes it necessary to reassess – and possibly recalibrate — their role, taking into account their potential use against peer-adversaries in highly contested as well as hybrid environments, but also ensuring these forces preserve their distinctive nature.

Despite clear evidence regarding the poor performance of Russian troops in Ukraine, conventional war with NATO would certainly be different in terms of Russian military commitment, with key confrontations likely taking place in high-intensity scenarios where SOF must be ready to use traditional techniques, but also hybrid approaches based on advanced technologies and cyber warfare aimed at disabling an opponent before they can react.

Frederico Borsari is a Leonardo Fellow at the Center for European Political Analysis (CEPA), NATO 2030 Global Fellow, and a Visiting Fellow at the European Council on Foreign Relations (ECFR). His main research interests include security and defense dynamics, transatlantic security relations, and the impact of new technologies on warfare.