How to Reach Russian Ears

The West now has a responsibility to the Russian people to get the truth through. 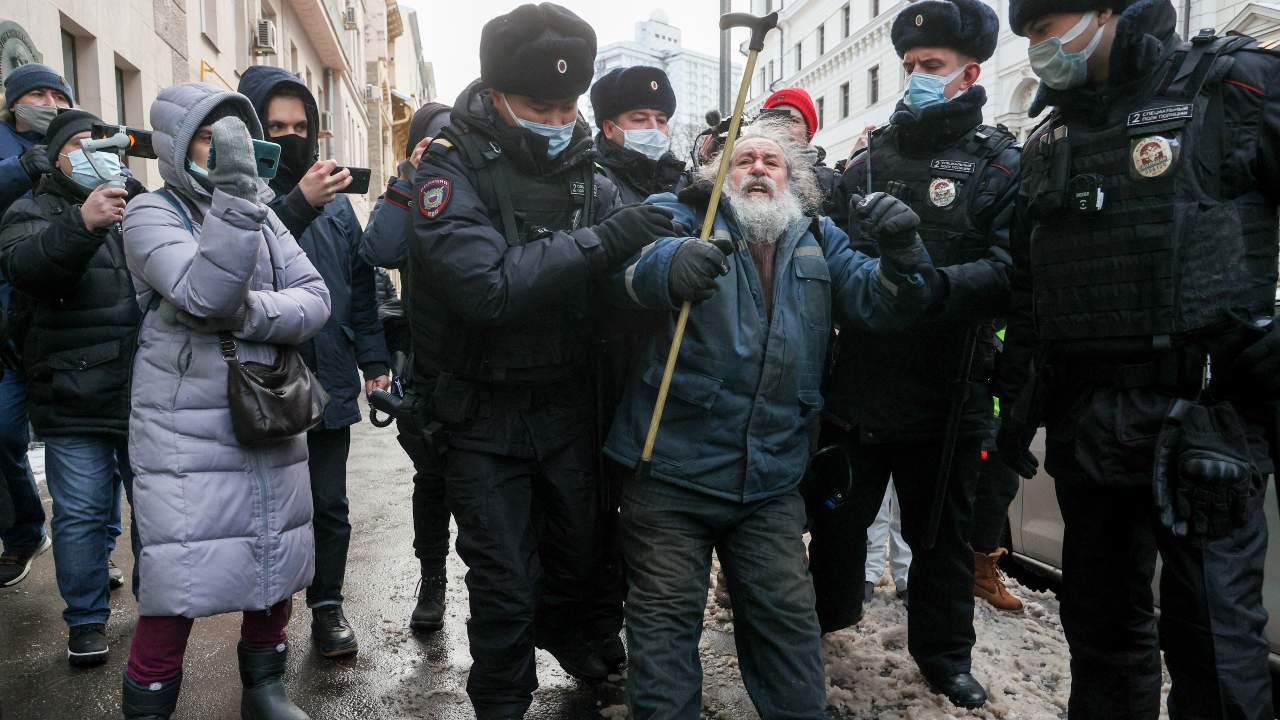 Vladimir Putin’s invasion of Ukraine has not only used tanks and troops. He has also seized control of Russia’s information space. If his information blockade is to be broken, the West will need new commitment and capabilities to communicate with Russia’s people.

Putin has prepared for more than a decade for total information control. For years, he has ratcheted up pressure on Western news organizations with Russian-language services. His agents have harassed and threatened Russia’s own independent journalists. The Kremlin has repeatedly practiced disconnecting Russia from the international internet.

Now that war has begun, Putin has moved into a final phase, blocking Russians from Western news sites and shutting down any domestic outlet that the Kremlin cannot intimidate. He has blocked Facebook and Twitter, and an internet shutdown could happen at any time.

The West does not appear to have a plan for this moment. For years, diplomats have wavered about expanding communication to Russia’s people. Some feared such action would provoke Putin into new steps to undermine Western societies. Others thought Russians were so propagandized that no Western messaging would work. Many Westerners also opposed anything that smacked of “our own propaganda,” believing that an attempt to assertively promote our views would inevitably deteriorate into our spreading false information.

Because Putin prepared, Russian citizens are now increasingly locked into a situation where there is little for them to see about the war but the sanitized, victorious view that official television presents. Many Russians accept what Putin is doing, or just try not to think about the war (although Alexey Navalny’s brave co-workers have attempted polling, which has tracked some movement in opinion.)

Others have found ways to know what is going on, often from relatives in the military or friends in Ukraine. A large number of Russians have protested the war, with more than 13,000 arrested in 140 cities for doing so.

It is because information makes a difference that Putin’s government is so frantic to block out the facts about the war, and that the West has an enormous opportunity — if it dares take it — to get the news through.

How can the West make sure the facts of the Ukraine war get to Russian citizens? What should the messages be, who should do the talking, and how might we penetrate Putin’s new information Iron Curtain?

The most urgent content to deliver is news from the battlefield that official media hide. Russian soldiers are finding themselves under fire from Russian-speaking brethren fiercely loyal to Ukraine. Despite the robotic delivery of its military spokesman on Russian television, its soldiers are directly targeting civilians. Ukrainian activists are already pouring videos and memes onto social networks documenting the horrors; other images show frightened, captive Russian soldiers.

Beyond events at the front, Russians must also understand the implications of this war. Russia’s military has been shown to be hollowed out by corruption and incompetence. Putin has turned almost the entire world against Russia. Russian entrepreneurs, cultural figures and tourists are no longer welcome abroad, even if their sanctioned airlines could take them. The Kremlin has made the country even more dependent on China, which needs Russia far less than Moscow needs Beijing. There is no need for the West to generate disinformation about any of this; the truth is searing enough.

Who can best convey these realities to Russians? For decades one of the main independent sources of news about Russia has been US-funded Radio Free Europe/Radio Liberty, with more than 200 correspondents across the country. Russia has blocked its websites, and RFE/RL has stopped its Russian operations. It feared its journalists could become victims of a new law threatening 15 years’ imprisonment for whatever authorities consider “false news.” The BBC, Germany’s Deutsche Welle, and other foreign broadcasters have been similarly affected. Russia also blocked the Russian website of the Voice of America, which focuses on news about the United States.

All these organizations deserve substantial new support to gather news, while implementing new technology to reach Russian audiences despite internet blockages. At the same time, they all have independent editorial operations; the US or UK governments cannot tell RFE/RL or the BBC what to say. Alongside these companies, Western governments need new channels to communicate to Russians messages they can precisely control.  This is especially important given possible instability inside Russia or a broader war.

The information opportunity presented by the invasion also requires independent Russian voices — people with strong, engaging personalities who can attract large followings inside the country. Many influencers, bloggers, and independent newsgatherers already exist, working mostly from abroad and sometimes aided by Western governments and foundations. But their work suffers from a critical lack of organization. There has been little effort to determine which voices work best for a given region or social group in Russia, and to offer expert advice to reach those populations.

Russian activists who would participate in new, targeted programs are by their nature independent-minded people; they will not (and should not) readout talking points handed to them. But while their approaches and arguments will be different, there can be great power in a multiplicity of authentic Russian voices telling people at home what is truly happening.

Given Russia’s attempt to blot out content from abroad, Western strategists will need new tactics to get both official messages and independent Russian voices into Russia. Despite their names, companies like RFE/RL and the BBC have dropped traditional radio broadcasts to Russia; few people still have shortwave radios to hear them (although the BBC, for one, is resuming them.) Depending on the jamming and blocking systems Russia deploys, possibilities include emailed audio, closed messaging groups on lesser-known social networks, smuggled flash drives, and transmission of digital material by radio or telephone. The US has already shown it can send individual Russian citizens text messages that direct them to an internet link; a person or group is known only as “Squad 303” is now organizing people to send anti-Putin text messages to random Russian cellphones.

Russia is a nation of rumors and underground dealing. There has always been distrust of official media, and over the decades Russians have organized themselves to share jeans, foreign currency, political samizdat, jazz recordings, and movie cassettes — all under the noses of authorities. If information arrives from outside that is credible and convincing, it will be redistributed. The more Putin restricts information, the more Russians will want to know what is being hidden from them.

Some Westerners ask what value there is to communicating with ordinary Russian citizens when the best hope for affecting Russian policy may be to reach a few key people in the Kremlin. The answers are twofold:

Much depends on events. If Russia conquers and pacifies Ukraine, the advantage could change again in the information war. But for now, the West has an opportunity — and a responsibility.

Thomas Kent, a former president of Radio Free Europe/Radio Liberty, teaches at Columbia University and is a consultant on Russian disinformation issues.