Russian propaganda is rising in volume and vehemence. The themes of Western conspiracy and loathing are everywhere. 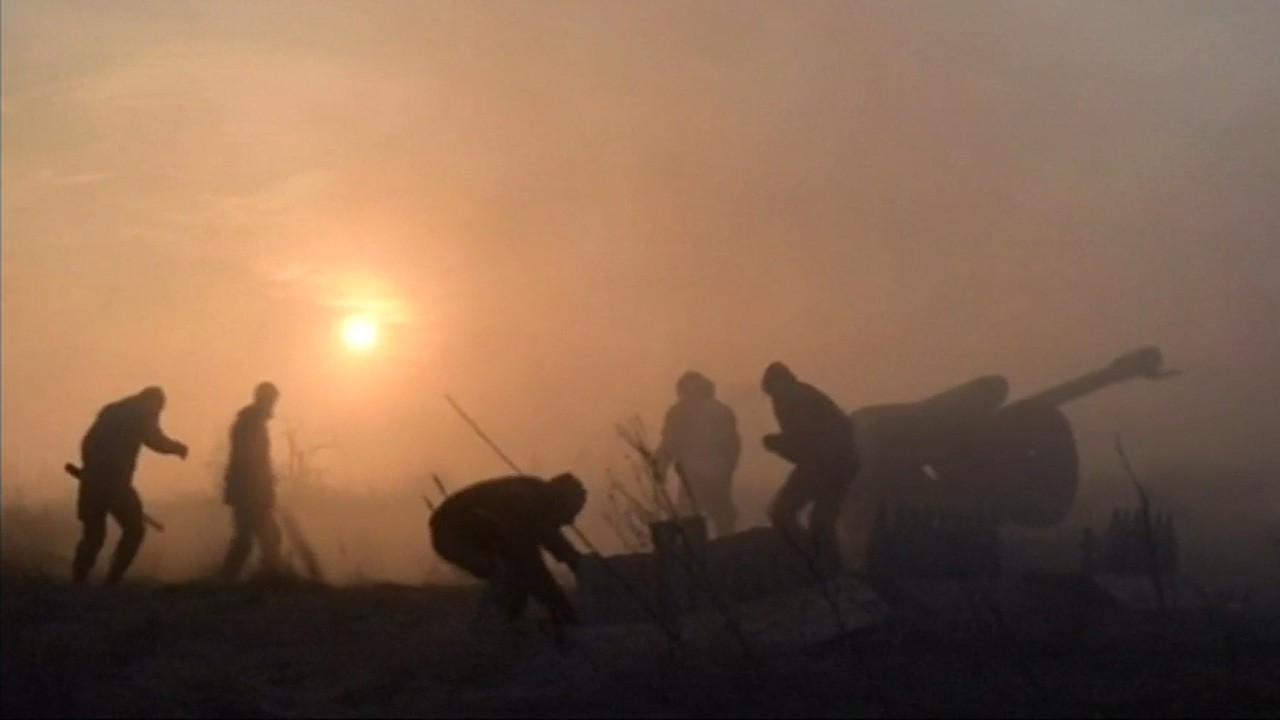 Russia’s diplomats (and even its most senior soldier) were in a benign mood on January 21. Foreign Minister Sergey Lavrov said after talks in Geneva that Russia has no plans to invade Ukraine, and that it expected a written US response to its demands on European security shortly. Vladimir Putin might even be willing to meet President Joe Biden, he said, and in the meantime, he hoped emotions would cool.

Back home, emotions are far from cool. Since last month, the voices of the state (be they politicians, journalists, philosophers, or analysts) have been indulging in extreme language, some of which sounds like warmongering.

Ruling party members of the Duma vie with one another to make ever-more outlandish and inflammatory comments. Take Deputy Yevgeny Fyodorov, who proposed a nuclear (or non-nuclear) warning strike against the United States, but targeted at one of the more sparsely populated areas, like the Nevada nuclear testing site.

“There are no civilians there, and especially if you give two or three days’ notice, then it’s quite a good action to demonstrate the seriousness of intentions, ” Fyodorov said. His parliamentary colleague, Aleksei Zhuravlyov, who last month advocated the kidnapping of US Representative Ruben Gallego, issued death threats; this time aimed at Senator Bob Menendez over his plan to impose sanctions on Russia. Not to be outdone, Communist party Duma deputies submitted a proposal for Putin to recognize Russia’s occupied territories in Eastern Ukraine as “sovereign and independent states,” and asked for Russia to provide security assistance against “external threats” and “genocide.” Duma Deputy Vyacheslav Nikonov said in his telegram channel that, “dangerous madmen are sitting in the White House, who, as it turns out, do not value the lives of Russians or Ukrainians, but also Americans along with the rest of humanity.”

Director of broadcasting for Russia’s propaganda arm, the RT channel, Anton Krasovsky, who has in the past called Ukrainians “animals,” said that Russia will invade on any sign that the country is near joining NATO. In an interview with Carnegie Moscow Center, he explained that it is clear to any Russian that “there is no Ukraine,” because it “is our Russian land.” Vice Speaker of the State Duma, Pyotr Tolstoy, said Russia should expand to its borders of 1917. And on the most popular state TV channel, Russia 1, it was brusquely stated that the Kremlin’s “proposal to NATO was a mere formality, serving solely to legitimize Russia’s forthcoming military actions,” while quoting one of Putin’s famous quotes, “if a fight is inevitable, you must strike first.”

Photo: A map showing a possible Russian plan for the invasion of Ukraine, including the encirclement of Kyiv. Credit: Image courtesy of the Center for Strategic and International Studies

What are we to make of this? Russia is, as Kim Darroch, the UK’s former ambassador to the US, said on January 21, a complicated place where the state seeks to hide its intentions. Piecing events together is hard. But there are things we do know about Russian media — there is a Kremlin hand on the tone and volume buttons.

Alexy Gromov, one of the most trusted members of Putin’s inner circle, “defines the direction and limits of the government censorship and propaganda [and] makes instructions and directives for leading media outlets.” Sanctioned by the US and EU, he is said to be the final arbiter of what Russians can be told. That influence reaches all the way down into Russia’s media newsrooms.

In 2015, after Russia’s annexation of Crimea and invasion of Eastern Ukraine, state television journalists and production staff talked anonymously to the colta.ru website on how senior broadcasting staff attends meetings at the Kremlin. One said: “The editor-in-chief of our channel received a printed plan [at a meeting in the Kremlin], where everything is written: how, what, and who is better to invite as experts. In fact, a manual, a stack of sheets A4 centimeters thick . . . I was brought some of the sheets from this folder, I worked on it.”

Another, who worked in Eastern Ukraine, said that Russian television staff covering the fighting saw the truth of what was happening: “I remember [head of the self-proclaimed Donetsk People’s Republic, Denis] Pushilin told us: they say, Kyiv soldiers ate the local population. We thought: yes, it’s an interesting story. We arrived at the same village, talked to grandmothers, and they say: “Nobody is eaten, we get along normally.”

Regardless, those same separatist militiamen are still quoted. “Ukrainian security forces have placed military equipment in the settlements of Donbas,” a representative of the People’s Militia of occupied Donetsk People’s Republic said. And much like 1999, when mysterious apartment bombings, which some suggested had FSB involvement, provided Putin’s government with a casus belli in Chechnya, the report said Ukrainians and their Western backers are preparing building bombings.

The most fevered allegations — of child crucifixion, mothers dragged behind tanks, Nazi militias, and antisemitic pogroms — have not yet appeared, as they did in 2014. If they do, we will know what comes next.