Germany’s Zeitenwende: Not a War-Ender

The war of imperial aggression launched by the Kremlin on February 24 has ruthlessly exposed German foreign policy. It’s a mess. 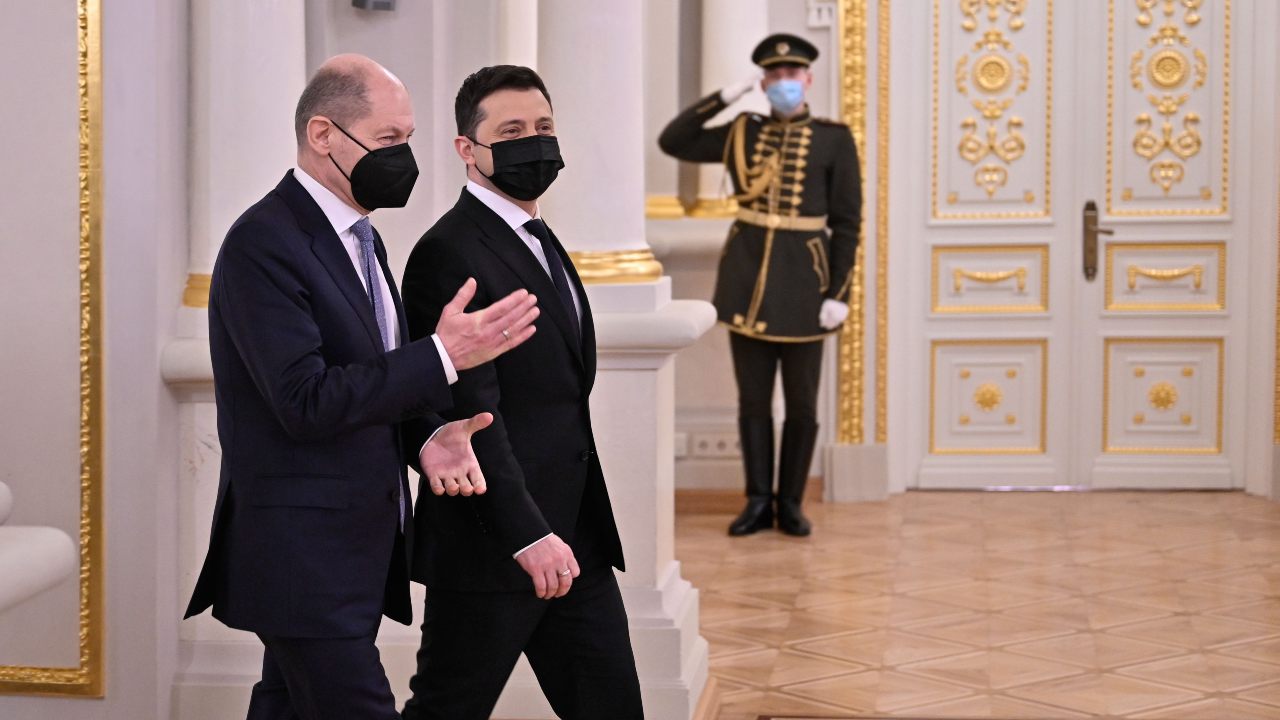 Chancellor Olaf Scholz’s “turn of the times” (Zeitenwende) speech of February 27 called things by their proper names –  the war of aggression, the change of epoch, Putin and his sidekicks an “oppressive regime,” seeking to resurrect the Russian empire and fundamentally reorder Europe to the detriment of free peoples and the benefit of corrupt elites.

It named the challenges and Germany’s self-obligations and promised that: “What is needed to secure peace in Europe will be done.” Among other things, Scholz promised to deliver weapons “to defend the country” because “there could be no other answer to Putin’s aggression.”

Sweeping and at times grandiloquent, the speech sounded like the route map towards a new era. Germany was poised to act.

Except that it wasn’t.

The European reality has certainly changed. Some German newspapers mark their war-related articles with a “disturbing effect” warning. But while individual readers can choose to avert their gaze, policymakers cannot; or at least should not. Yet this is precisely what the chancellor now stands accused of.

Almost two months after the time-turning speech, after all that has been learned of the innumerable crimes against civilians and the genocidal nature of the war, it has become clear that Germany still acts with its old mixture of reluctance, hesitation, and backsliding.

It has refused, repeatedly, to deliver weapons that Ukraine urgently needs and which President Volodymyr Zelenskyy says will help repel the Russian invader and halt its slaughter.

It has refused to impose an energy embargo, in particular on gas imports, although this would dramatically cut Russian state revenue, so making the Kremlin’s pursuit of war very much more difficult. Europe pays Russia about $850m daily for gas and oil imports. (Andrei Illarionov, a former chief economic advisor to Putin, says such a move could end the war in a month.)

Scholz said on April 19 that his country’s armories were bare of what he deems usable equipment, and that sending German military material unfamiliar to Ukraine’s military would not help. Meanwhile, the US and UK have begun training Ukrainian forces to familiarize them with the use of donated Western equipment.

What is Germany doing?

Scholz announced on April 15 — following public pressure and polling indications that German voters were unhappy with his performance — an increase of military aid of around €1bn ($1.1bn) for Ukraine, among others. However, this will not be made available until an emergency budget is agreed upon in the summer and has been harshly criticized by the opposition. Some German political parties and the public meanwhile continue a high-minded debate over the delivery of any weapons because they “make the war bloodier.”

The so-called “ring change” decision, whereby countries like Slovakia apply to have weapons sent to Ukraine replaced with more modern German kit, has been dismissed by the Greens and the CDU/CSU as insufficient and anyway not fast enough.

Having stated that “the world afterwards is no longer as it was before” the invasion in his February speech, Scholz now dithers and creates objections; for example, he states that Germany cannot take a position on heavy weapons until the NATO alliance has done so. His Green vice-chancellor, Robert Habeck, said: “Heavy weapons are synonymous with tanks, and all NATO countries have so far ruled this out to not become targets themselves.” This would make sense, were it not for the fact that NATO has ruled nothing out and ignores the shipment of tanks and combat aircraft by NATO states like Poland, Slovakia, and the Czech Republic, and US coordination.

So when Scholz himself asked the self-posed question, “whether we have the strength to set limits to warmongers like Putin,” the answer is very clearly no.

Old German popular attitudes are still alive, despite a war 400 miles to its east. At some of the peace movement’s Easter marches, slogans included, “Lay down your arms!”, “Stop the war in Ukraine!” and “Stop the €100 billion rearmament program.” That amounts to an open repudiation of the Zeitenwende.

The “third challenge” of Scholz’s turn-of-the-century speech, the need to prevent Putin’s war from spreading to other countries in Europe remains obvious and popular. But the means to bring about this containment of conflict is yet to be resolved — is it to be by diplomacy, speaking to a Russian autocrat who shows no sign of seeking a peaceful resolution, or through a resolution on the battlefield? Here, Germany has no answer.

There is a strong impression that Germany has lost its way on questions of war and peace. Take the Evangelical Church of Germany, which represents around a quarter of the population, and has expressed at the very least an ambivalent attitude towards weapons deliveries. A leading bishop suggested that it was best to await the end of hostilities and then help rebuild Ukraine.

Meanwhile, the architects of Germany’s demonstrably failed engagement policy with Russia show little remorse. The Russian-speaking minorities, who Russia now shells daily, apparently remain a consideration for the future of Ukraine, according to former Foreign Minister Sigmar Gabriel, and Germany must act to help secure a diplomatic solution that protects them — something very similar to the Minsk Protocols that so visibly failed to bring peace between Russia’s invasions of 2014 and 2022. Russia does not want to protect anyone in Ukraine — that should be clear to everyone by now.

So far, German politics is being bogged down in self-inflicted debates and clearly is not leading by example. Ministers around Scholz find lots of excuses designed to delay decisions, not to take responsibility, and not scare off the voters. This is despite the fact that German voters have changed their opinion and are notably ahead of their decision-makers.

Attitudes among the population, which increasingly show dissatisfaction with government policies, give some hope. According to a poll published on April 14, 55% support the delivery of heavy weapons, including majorities among supporters of the three governing parties. The government is not making itself popular — 49% percent expressed dissatisfaction with Olaf Scholz’s work and 55% were dissatisfied with the federal government as a whole.

Something continues to tie Germany too closely to Russia. Given that it’s now widely understood that Russia is waging war against Ukraine employing near-medieval tactics aimed as much at civilians as combatants, it is no longer sufficient to talk about a continuing guilt complex over events in the middle of the last century. Russian-German economic relations and interdependence, as with energy supplies, exist and have existed for a very long time. It is useless to deny this or to say that the establishment of these ties was unequivocally a mistake.

But there must now be a German national recognition that such interdependence is no longer in the strategic interests of Germany or Europe and, more urgently, that Ukrainian lives are being lost daily as a direct consequence of these ties.

This war of aggression is a battle between Russia, an authoritarian regime with imperial aspirations and a young European democracy. This battle is decisive for Europe’s future. It does not allow for the luxury of neutrality or half-heartedness.

The Zeitenwende is a good framework for a new policy toward Russia, but it lacks content. Without that, it will break into pieces and sink into oblivion.