It is unsurprising that German efforts to reverse its foreign policy are a slow process. This is a huge undertaking — but it is happening. 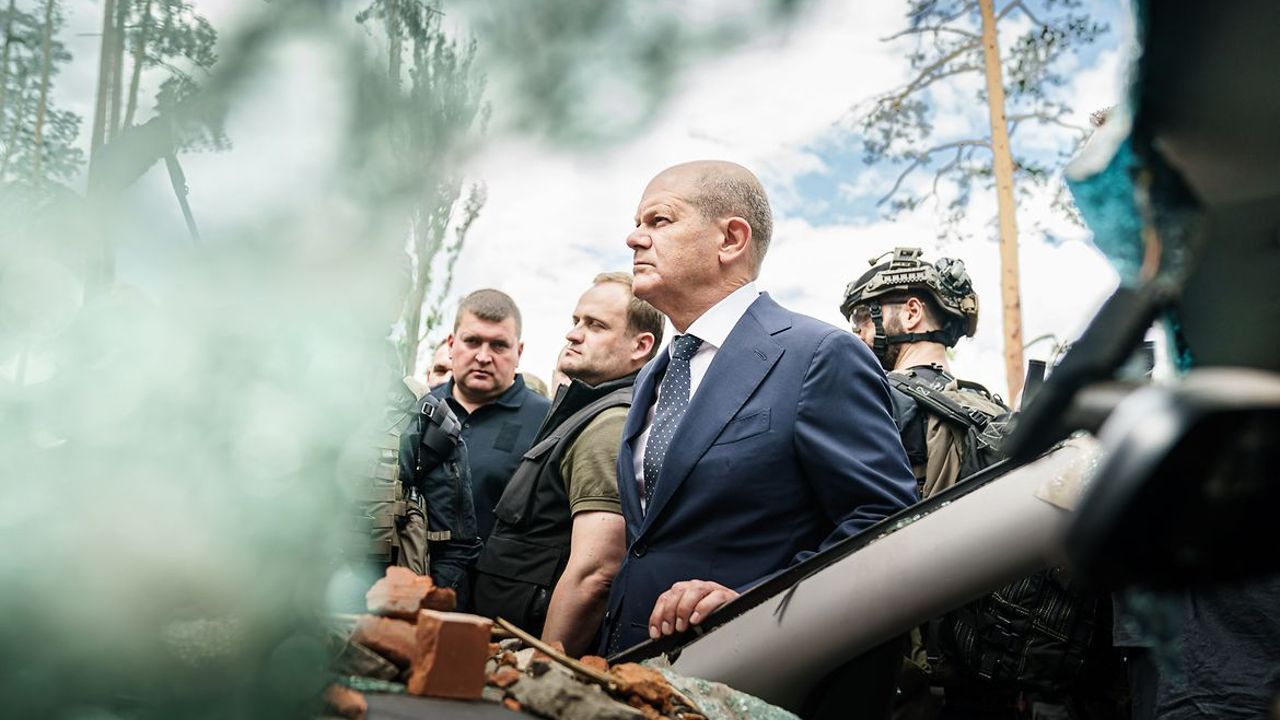 Just days after Russia invaded Ukraine on February 24, German Chancellor Olaf Scholz proclaimed that a new era, or Zeitenwende –  had begun for Germany. With it, one sacred cow after another of German foreign policy – on defense spending, arms deliveries, and more – were slaughtered.

But after months of government bickering about weapons shipments to Ukraine, dueling open letters by German intellectuals about those arms supplies, and even calls by prominent German politicians either to freeze the conflict in Ukraine or lift sanctions for fear of economic blowback, there is now concern that the Zeitenwende was simply a political phrase and will have no meaningful impact.

Yet such a reading ignores the sheer enormity of the task Germany faces and the difficulty with which it handles rapid change. After all, more than 30 years have passed since East and West Germany were reunified in 1990, and yet the economic, political, and personal scars remain. While the possibility of reunification was at least foreseen — Germany’s constitution, adopted in 1949, was originally meant to be temporary pending the ratification of an all-German constitution — the invasion that led to Scholz’s Zeitenwende speech was a surprise (at least for the German elite) that completely upended Germany’s view of the world.

Similarly, Germany’s Zeitenwende is likely to be the work of a generation. On a deeper level, the country will first have to consider the full and historic scale of past policy failures — for example, the role played by former Stasi officers in German-Russian energy projects – and second to change its national mentality. And this is in addition to the development of a national security strategy and the reforms needed in military procurement, foreign policy decision-making, and government bureaucracy that keen observers have already identified.

Germany’s relationship with heavy weapons deliveries to Ukraine is a key example of this tension. Chancellor Scholz promised multiple times that Germany would provide Ukraine with weapons, including heavy weapons. The reality has been more mixed: 10 self-propelled armored howitzers, three of the promised 15 anti-aircraft tanks, and three MARS-II rocket launchers have been delivered, in addition to a long list of explosives, ammunition, handheld anti-tank weapons, and other equipment. A complex and at times absurd public debate has also raged about what weapons would be appropriate. Worse still, the “ring exchange” system whereby Germany would replace old Soviet tanks sent to Ukraine by Central and Eastern European states with new German replacements has not yet seen a single tank delivered from Germany.

The grinding pace of German heavy weapons deliveries can be viewed in two ways. On the one hand, they are slow because the Bundeswehr – the German military –simply does not have the resources it once had. At the end of the 1980s, the Bundeswehr had around 2,000 Leopard tanks; today that number is 200 with a further 100 awaiting technical upgrades. But on the other, how Germany responds to the dilemma it faces – balancing its own needs for territorial defense with what can be sent to Ukraine – may also indicate the degree to which the conflict is viewed as critical for Germany’s own security. After all, how weapons donations to Ukraine affect force readiness is a concern shared even by the United States.

Germans have somewhat contradictory opinions about the delivery of heavy weapons. Polling published in July by Die Zeit shows that 60% of Germans support their government sending heavy weapons to Ukraine. But divisions exist over what this support will accomplish: 46% think that Western heavy weapons will help Ukraine resist Russia and force negotiations, 30% think they prolong the war unnecessarily and make negotiations more difficult, and 24% remain undecided. Some movement can nevertheless be detected: in polling from April, the population split roughly into thirds regarding whether German weapons support for Ukraine “went too far,” was “appropriate,” or “did not go far enough.”

Overall, though, overcoming apprehension regarding military force will likely be difficult. At the heart of this process will be the abandonment of the widespread notion that “the world of military force had been successfully left behind.” Recent weeks have thus seen key German lawmakers, like Chairman of the Foreign Affairs Committee Michael Roth and Deputy Chairwoman of the Green faction Agnieszka Brugger, seek to explain exactly how military strength underpins peace in Europe.

All this adds up to a German foreign policy in transition, not only from its 30-year dream of the “end of history” but also between generations. Having grown up in relative peace and stability, the new generation now occupying key offices in Germany – Foreign Minister Annalena Baerbock, Finance Minister Christian Lindner, and co-chair of the Social Democrats Lars Klingbeil, for example – appear both more convinced of the urgency of the crises they face and more pragmatic. In contrast to previous generations, a majority of Germans aged 18-29 support Germany taking on more responsibility in the world and are now learning the necessity of collective security and deterrence in reestablishing and maintaining peace in Europe.

In the meantime, though, a strong US commitment to European security will ensure that Germany meets its strategic responsibilities and facilitate deeper European integration on security and defense. Even before the war, the US played an important role in encouraging Germany to take a more active role in European foreign and security policy – and worked for its acceptance in this role.

Already, President Biden and US policy on Ukraine reportedly serve as a “benchmark” for Chancellor Scholz, a relationship that should be used to nudge Germany forward. But as this transition occurs, it is absolutely vital that the US shows the political will to quickly commit resources for European defense to maintain deterrence and Europeans’ faith in deeper EU security integration.

The US alliance network, made up of countries that bolster the United States’ economic and military strength, is a key strategic advantage. Despite all the justified frustration – and yes, schadenfreude – directed at Germany in the wake of the Russian invasion, it remains the essential country for the future of European foreign policy — Germany is simply too big and economically important to ignore.

A European Union (EU) that is better able to bear the burden of its own security will pay dividends by allowing the US to focus more on the challenges it faces in the Indo-Pacific. But the road to a more capable EU runs through Berlin as it adapts and builds a new German foreign policy.

Samuel Denney is a German Chancellor Fellow of the Alexander von Humboldt Foundation in Berlin, Germany. From 2018 to 2021, he was a senior research assistant at the Center on the United States and Europe in the Foreign Policy program at Brookings.