Winter is coming, and Europe is facing a grave energy crisis. 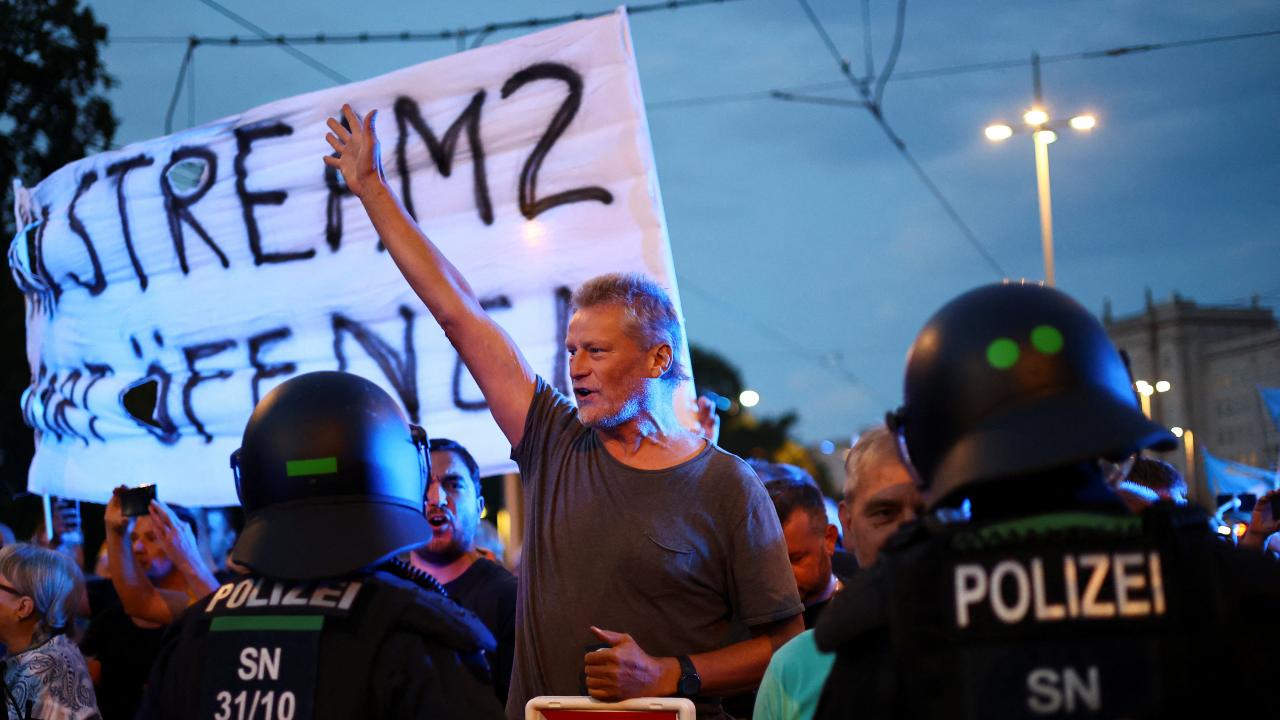 Russia is cutting off natural gas supplies to Europe, surgically targeting economies that would wield the most influence over Western support of Ukraine, and thereby the outcome of the war. Nowhere is Russia’s gas weapon being more felt than in Germany where the all-important industrial sector has become especially dependent on cheap natural gas.

Germany has two hurdles to overcome. The first is simply to get through the winter with minimal economic disruption. This will require storing as much gas as possible before the winter months, reducing energy demand through a combination of regulation and incentives, and working with neighbors, the European Union (EU), and other allies to coordinate policies and the distribution of supplies.

The second is more long term, but will necessitate immediate investments for building pipeline and LNG infrastructure, thereby allowing Germany to import from suppliers beyond. While the Energiewende (the change of energy era) is ongoing, the prospects for transitioning away from hydrocarbons completely are untenable. Germany’s economy will still require oil and gas supplies for the next 20-30 years. In the very near-term, environmental tradeoffs will be necessary for electricity generation such as burning coal and extending nuclear plant operations.

Russia’s sharp reductions (and sometimes outright cut-offs) in natural gas supplies to Germany have caused energy prices to soar with inflationary effects on the German and European economies. While the lack of liquefied natural gas (LNG) terminals makes Germany vulnerable to Russia, another is its huge reliance on Russian pipeline natural gas. From 2003 to 2020, the volume of Russian gas exports to Germany grew from 29.6 billion cubic meters (bcm) to 41.6 bcm.

Germany’s optimal strategy needs to consider both its own needs and those of the entire region, in particular the concerns of the Central and Eastern Europe member states, while at the same time benefitting from the supplies available to Western European neighbors. Domestic and European energy security are intertwined, and there are several measures that Germany can adopt to address this energy security dilemma.

The recent extraordinary meeting on EU energy security is a step in the right direction. These meetings should take place at least bimonthly to respond to the coming winter energy crisis. Furthermore, measures such as the G-7 announcement of introducing price caps on Russian oil exports will continue to dampen Russian revenue. Western allies should follow this by maintaining pressure on OPEC and petroleum-exporting countries through bilateral channels to increase supplies for Europe.

There are steps that Germany has already taken, such as rationing gas consumption, that is clearly needed in the short term. The country’s current level of gas storage sits at more than 80% capacity, despite Russia’s campaign of gas supply disruption. This should position Germany to weather the upcoming winter, albeit with high gas prices, while simultaneously advancing longer-term, strategic projects to diversify away from Russian hydrocarbons. Environmental trade-offs will be required, such as increased coal consumption, to secure enough electricity for households and industries.

Industry will require significant economic and financial aid in order to keep production levels constant, including subsidies to dampen the impact of higher energy prices. Some gas-intensive industrial giants will inevitably face financial hardship and may require government bailouts. Fortunately, German policymakers can use the experience gained during recent pandemic programs, such as Kurzarbeit, as a template for companies that are particularly vulnerable in the short term. The rising energy costs accompanied by soaring inflation are, unfortunately, unavoidable. Had Germany used its market power to diversify gas suppliers before the February invasion of Ukraine, it might have avoided at least some consequences of the current Russian-initiated energy crisis.

Looking beyond this year, Germany should invest now in new energy infrastructure for long-term supply diversification. This would entail building sufficient LNG import terminals (some work is already underway) in addition to non-gas alternatives. Likewise, investments into electricity interconnectors and a larger network of interstate pipelines with reverse-flow capacity would open transportation options from neighboring countries and create flexibility for deliveries to the industrial south (especially Baden-Württemberg and Bavaria.)

To accompany this on a political level, a new set of national regulations is needed to safeguard foreign-owned, domestic infrastructure from being weaponized by Russia. In this case, the Russian-owned oil refinery in Schwedt and the Rehden storage facility in Lower Saxony are prime examples of vulnerable assets that Russia has already signaled it would use for political coercion. New regulations targeting these facilities would deprive Russia of this possibility, while making new assets available for national and EU-wide needs.

Beyond its national borders, Germany could also lead the way in establishing a joint EU energy infrastructure fund to explore new pipelines for supplies from the Middle East/North African and Caspian regions, along with Central Asia. With European backing, projects to develop newly discovered natural gas fields in Algeria and the Eastern Mediterranean along with pipeline connections to the Caspian and Central Asian regions could significantly diversify European supplies and extricate Germany, along with Europe, from Russian energy dependence.

It is becoming clear that Russian gas flows to Europe will be severely disrupted for the foreseeable future unless EU sanctions are lifted, and that this could cause severe political, economic, and possibly social disruption. Yet ultimately this is a blessing in disguise, forcing Germany and Europe to make structural changes that will ensure energy security in the long term.

Ismet Fatih Čančar is a Partnership for Peace Fellow at NATO Defense College from March to July 2022. His research examines the geopolitics of the Western Balkans, energy security, and international security relations.

Marc Ozawa is a Senior Researcher in the Research Division at NATO Defense College. His current research examines NATO-Russian relations, the geopolitics of energy, and Russian and Eurasian affairs.