After weeks of negative commentary at home and abroad, Germany’s new Chancellor has visibly improved his game. 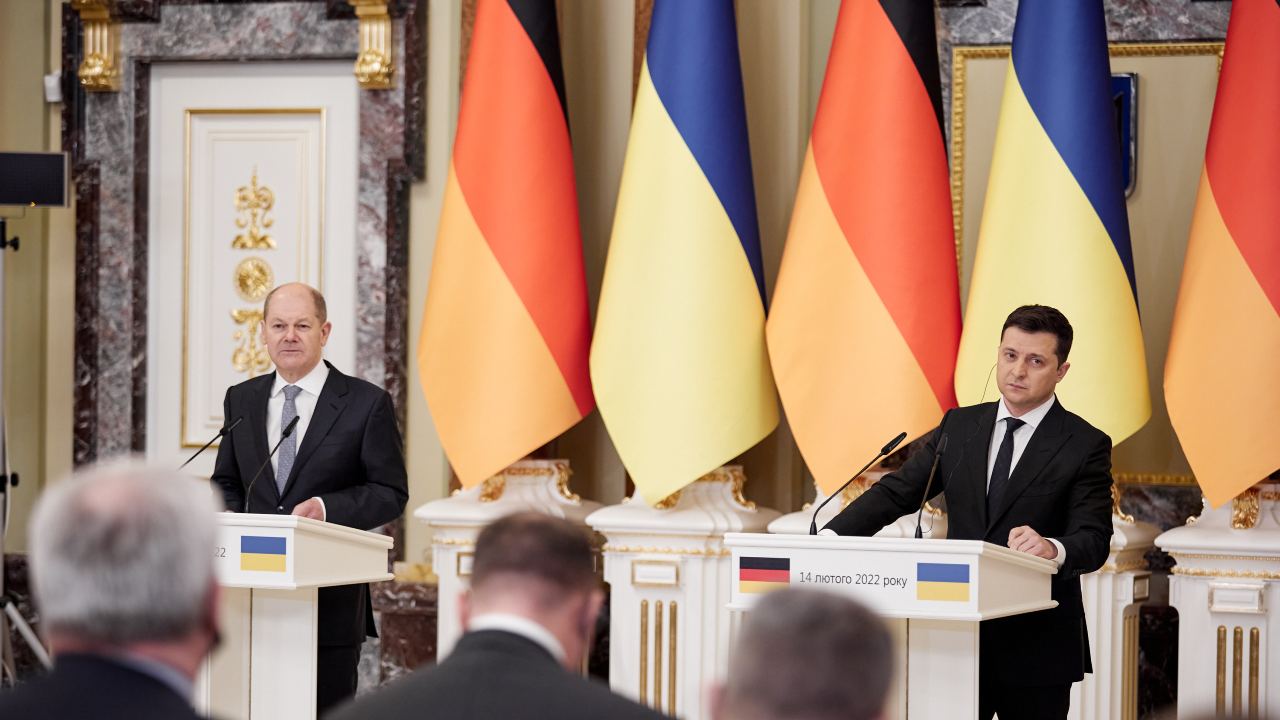 Washington, Kyiv, Moscow — the German Chancellor’s busy diplomatic schedule in the last few days is a welcome signal: Germany is back on the Russia crisis.

Of course, it never really disappeared. Diplomats and bureaucrats have worked frantically in the last months to revive the four-way Normandy Format, and Foreign Minister Annalena Baerbock traveled to Washington, Kyiv, and Moscow in her first weeks. But the curious invisibility of Chancellor Olaf Scholz, paired with a flurry of partly justified, partly unfair criticism towards Germany’s approach to the crisis, left the country’s partners (and Germans) wondering. In opinion polling, a majority considered the Chancellor as insufficiently engaged.

The Chancellor’s new communication efforts — a live interview on US television, an official Twitter account tweeting primarily about his visits to Kyiv and Moscow — are proving successful and useful tools. But more importantly, Germany’s crisis diplomacy is setting the right tone (Scholz reportedly sought advice from Angela Merkel before his trip.) It is being emphasized that dialogue with Russia needs to go hand in hand with deterrence.

Chancellor Scholz has warned of grave political, economic, and “strategic” (without going into details) consequences for the German-Russian relationship. Together with France and Poland, the so-called Weimar Triangle, the stationing of missile systems and NATO troops in Eastern Europe was discussed as a reaction to a Russian invasion along with an end to the 1997 NATO-Russia Founding Act, if push comes to shove.

During his press conference with the Russian president, Chancellor Scholz was surprisingly outspoken on the crushing of the Memorial human rights group, on the imprisoned opposition leader Alexei Navalny, and on the banning of the DW media channel from operating in Russia. He also met with civil society representatives. He rejected the Russian president’s attempt to portray former “politician” Gerhard Schröder, as Scholz put it, now a lobbyist for Russian energy, as an important figure in the Russo-German relationship. As Finnish president Niinistö has wisely said, Putin “respects the one who is fighting back.”

This is good news. But the crisis is not magically over now that Scholz and Putin had their first tête-á-tête in the Kremlin. So far, the announced de-escalation efforts by the Russian side are unverified and even doubted. Cyber-attacks on Ukraine and the Russian Duma’s resolution on the recognition of the separatists’ self-declared republics are worrying signs.

It is true that Ukraine has given positive signals on draft laws required by the Minsk agreements. But implementation will be just as difficult as the question of the country’s NATO aspirations, which are embedded in its constitution. Scholz’s line that this issue is not currently on the agenda was described by the Russian president as insufficient.

Scholz tried to persuade President Putin by appealing to his duty as political leader to work towards peace. It is a “damn responsibility” he said, to prevent war, especially given the backdrop of German-Russian history.  But Scholz also joked about Putin’s longevity in office. Taking President Putin’s grandstanding with a grain of salt and humor sounds exactly like the advice Merkel might give, and also suggests a welcome passing of the baton in German statecraft.

Liana Fix is a Resident Fellow at the German Marshall Fund of the United States.