Responsibility is dawning but apologies are due. 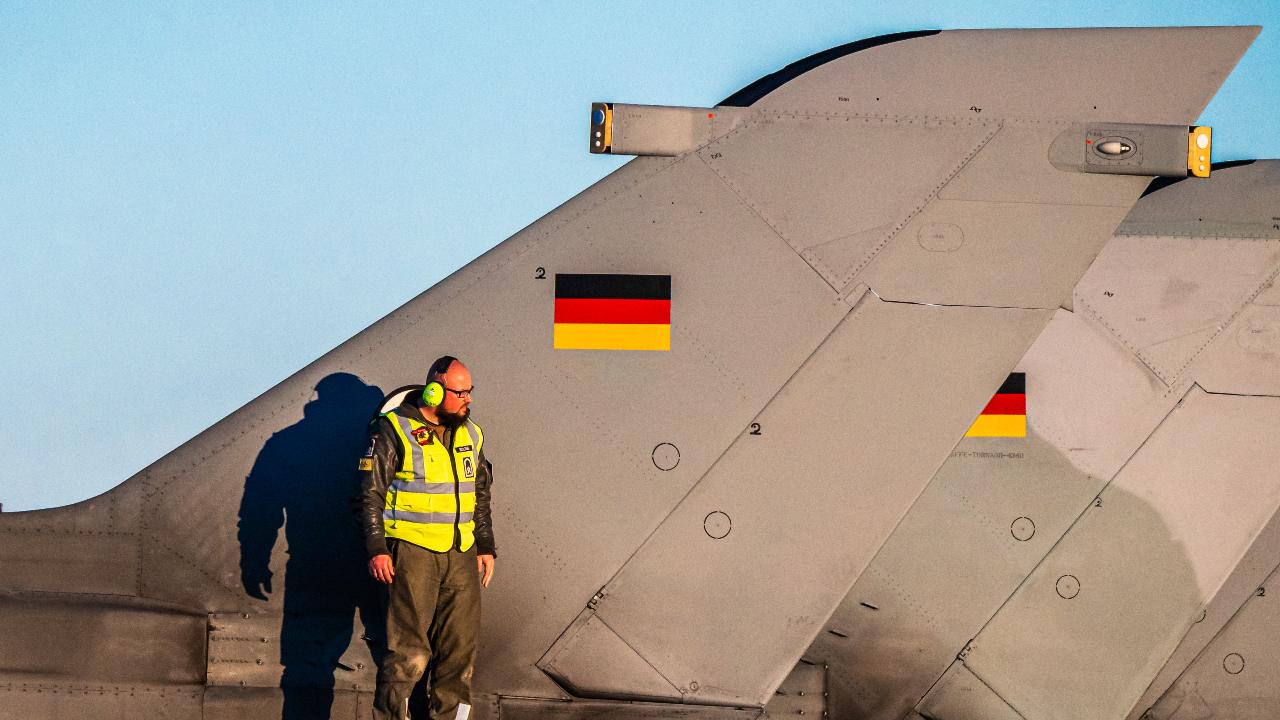 Photo: A German Air Force maintainer stands of the fuselage of a Tornado fighter-bomber at Los Llanos Air Base in Albacete, Spain on 29 November 2021 as part of a flying course hosted by the Tactical Leadership Programme. Credit: NATO via Flickr.

Few things matter more for European security than the extent of Germany’s willingness to shoulder its responsibilities. Agonizingly slowly and far too late, the government in Berlin is now trying to wriggle out of Russia’s energy embrace and offering to send Ukraine at least some of the weapons it needs.

Many of Germany’s leftwing celebrities are unconvinced. In a newly published open letter, they berate the chancellor, Olaf Scholz, saying that his policy risks nuclear war. Instead of arming Ukraine, they argue, Germany should be trying to broker a compromise peace.

The argument for brutal realpolitik can be of course made, based on an unappetizing cocktail of isolationism and cynicism. This war is none of our business. Let the Ukrainians die. We want to stay rich.

In fact, these arguments, far from being hard-headed, are flawed. They are based on ignorance and reflect wishful thinking. Dressed up in sanctimonious language they are outright revolting.

The arrogance displayed is even more infuriating than the naïveté. The letter implicitly rules out putting pressure on Russia to contribute toward this supposedly possible compromise. The concessions will come from Ukraine: not only the weaker party in the conflict but also the victim of unprovoked aggression.

The signatories unwittingly underline the long-standing failure of the German left to take seriously any of the countries that lie to the east of the Oder. Russia is treated with exaggerated, infantilized respect. Everyone else is patronized and neglected.

The letter has prompted some encouraging counterblasts, though how substantial Scholz’s “Zeitenwende” [change of times] in German foreign policy will prove in practice is unclear. But the existential crisis in European security prompted by the Ukraine war already casts a bleak light on other German-related controversies.

One is the true cost of importing pipeline gas from the east over the past 50 years. Cheap energy has fuelled Germany’s mighty business, but economic self-interest was (as so often) dressed up with high-minded rhetoric. Greater interdependence would supposedly boost trust and security: “Wandel durch Handel” [Change through Trade] was the catchphrase, and the reliability of the eastern energy supplier was taken as absolute.

We have seen how that worked out. Russia is in fact ruthlessly ready to cut supplies for political reasons. And those pipelines pumped corruption into German politics.

For this reason, Britain and the United States, along with other allies, have long tried to probe the depth and extent of Germany’s wobbliness on security. Which decision-makers are actually in Russia’s pocket? Which are just useful idiots? How much do they matter? How can their influence be countered?

Answering these questions has required collecting information secretly from both human and electronic sources: in other words, spying.

When details of these operations leaked out in 2013, thanks to the renegade American intelligence contractor Edward Snowden, the reaction was shock and fury. “Spying between friends just isn’t on,” said the then chancellor, Angela Merkel. Her personal phone, it appeared, had been tapped by those nosy Americans. The controversy rumbles on to this day, with the arrests and possible prosecution of senior Danish officials and a former defense minister for their supposed role in spying on Germany.

Yet the scrutiny was justified. Indeed, we should have looked harder and acted more firmly. Right now Ukrainians are paying the price in blood and destruction. But all Europeans (including the high-minded, peace-loving Germans) are in great danger too.

From his hide-out in Moscow, Edward Snowden has gone uncharacteristically quiet since Russia’s attack on Ukraine. High time for that. The commentators who unquestioningly echoed him have room for reflection too. Perhaps they could write an open letter.