NATO’s 13 years of strategic patience while under attack from Russian hybrid warfare has allowed Russia to advance its strategic goal. 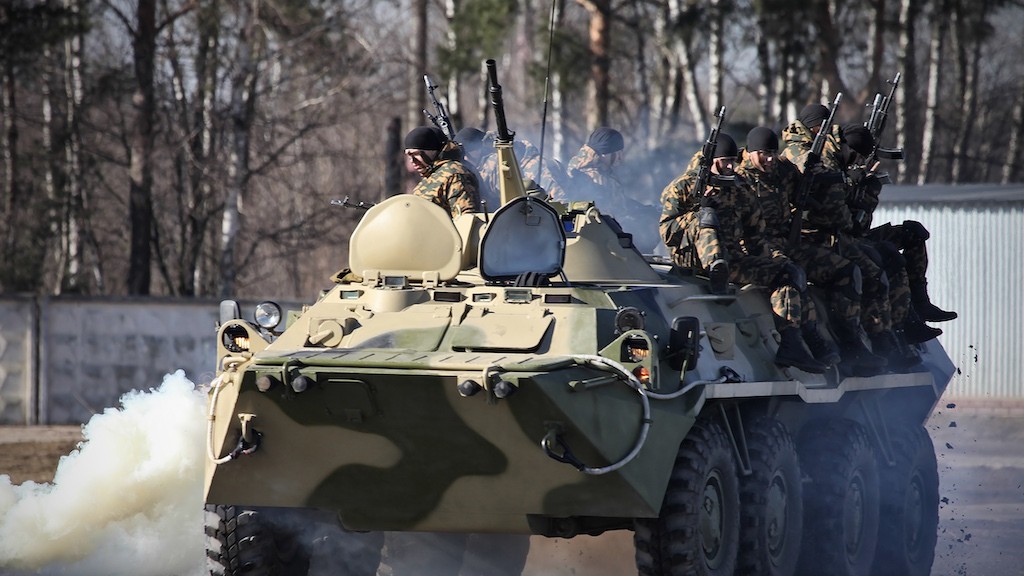 In August 2008, during the Summer Olympics in Beijing, the Russian army invaded Georgia and occupied two of its provinces — Abkhazia and South Ossetia — before moving on to threaten major cities, including the capital.

Since that time, every summer Olympic Games has been a time of bittersweet memories for Georgians: each time a Russian athlete or team is defeated, emotions are infused with memories of military invasion and occupation in those grim weeks of combat.

Georgians understand this as the opening salvo of Russia’s campaign against their national dream. But 13 years later, much of the West has failed to grasp that the invasion was also the first shot in the Kremlin’s war on democracy, a struggle that continues to this day across Europe.

The invasion was the first open Russian military aggression against an independent country since the Soviet invasion in Afghanistan of 1979. The military operation did not appear from a clear blue sky; it was preceded by economic and energy embargoes, interference in domestic political affairs, and cyber-attacks. The purpose was to derail Georgia from the path of democratic development and Euro-Atlantic integration.

Many of us saw this coming because Georgia with its effective democratic transformation, modernization of governance, its rapid assault on corruption, and increasing zeal for Euro-Atlantic integration was too much of an irritant for Vladimir Putin in his war against liberal democracy. Simply put, a transformed Georgia representing the hope of countries in transition was far more threatening than Georgia the country of 4m people.

President George W. Bush’s recent interview with Deutsche Welle reminded us of his disagreement with Chancellor Angela Merkel on Georgia’s and Ukraine’s accelerated NATO membership before and at the alliance’s Bucharest Summit in April 2008. That disagreement has been assessed as a strategic mistake by many, including former NATO Secretary-General Andres Fogh Rasmussen. That error opened the way for Putin to punish Georgia’s successful democratic transformation and modernization, and to launch its wider war against the liberal world order. Ukraine was the next on Putin’s hit list and he executed this operation in 2014 with better-refined tactics than in Georgia.

The Western world was not able to prevent Russian aggression in 2008 but was quick to react. The Bush administration was resolute in its desire to protect Georgia’s sovereignty and not to allow the Kremlin to destroy Georgian democracy. The U.S. response included a military component. France, then holder of the EU presidency, stepped in to mediate a ceasefire agreement.

These efforts together with significant financial assistance (including a $1bn U.S. grant) were sufficient to save Georgia’s statehood but not enough to deter Russia from its continuing campaign to wage hybrid war against the idea of a Europe whole, free and at peace. And while Georgian statehood is secure, Russian troops remain in the occupied regions.

The war continues. Its scope remains the same but its complexity and frontline have significantly widened: the war against Ukraine and the annexation of Crimea, supporting Assad of Syria, interfering in U.S. elections, funding ultra-right and radical groups in Europe, offering the bounties to kill U.S. and UK soldiers in Afghanistan, assassinating Putin’s critics in European cities, using troll factories and propaganda to polarize democratic societies, cyber bombarding strategic assets and critical infrastructure in the U.S. and Europe, the list goes on and on. To this long charge, the sheet must be added Putin’s cash-lubricated operations through the network of “made in Russia” oligarchs, kleptocrats, and proxies. In this war, Russia aims to capture the state instead of the land. In this context, Georgia is a high-risk zone.

Overall, the Western response has been reactive and weak. Identifying this failing, Russia has expanded its hybrid tactics to other free countries. Finally in 2016, after two open campaigns of military aggression against NATO partners, a failed to reset, and interference in its member country’s domestic political affairs, the alliance stated at the Warsaw Summit that Russia is a major threat. Some military steps have been executed, like the deployment of allied units to the Baltic States. Georgia and Ukraine are at least understood as among the major battlegrounds for Russian hybrid war, while the Black Sea has become an important strategic region for ensuring Euro-Atlantic security and stability.

NATO’s 13 years of strategic patience while under attack from Russian hybrid warfare has allowed Russia to advance its strategic goal. NATO’s 2030 Reflection Group report made many important recommendations for proactive policies and engagement, and pushback against Russia’s bid for dominance.

The Bucharest decision that Georgia and Ukraine will become NATO members was the right political decision. Of all the options available to the West, an accelerated membership process for both countries would be the best response to Russia, and would significantly improve the Euro-Atlantic security architecture. This would also have significant positive effects for emerging democracies and would give hope and impetus to reformers.

This decision could well mark the beginning of the end for the ongoing war that started in August 2008 and will be a significant move toward Europe whole, free, and at peace.