For the Kremlin, Covid-19 Is Not Just a Crisis, It’s an Opportunity

A longstanding goal of Vladimir Putin’s regime is to replace the liberal rules-based international order with one based on spheres of influence, great power imperialism, and limited sovereignty for small states. Now a Kremlin-connected pundit is arguing that the pandemic, and the havoc that it is unleashing, could advance that goal. In a commentary for the Kremlin […] 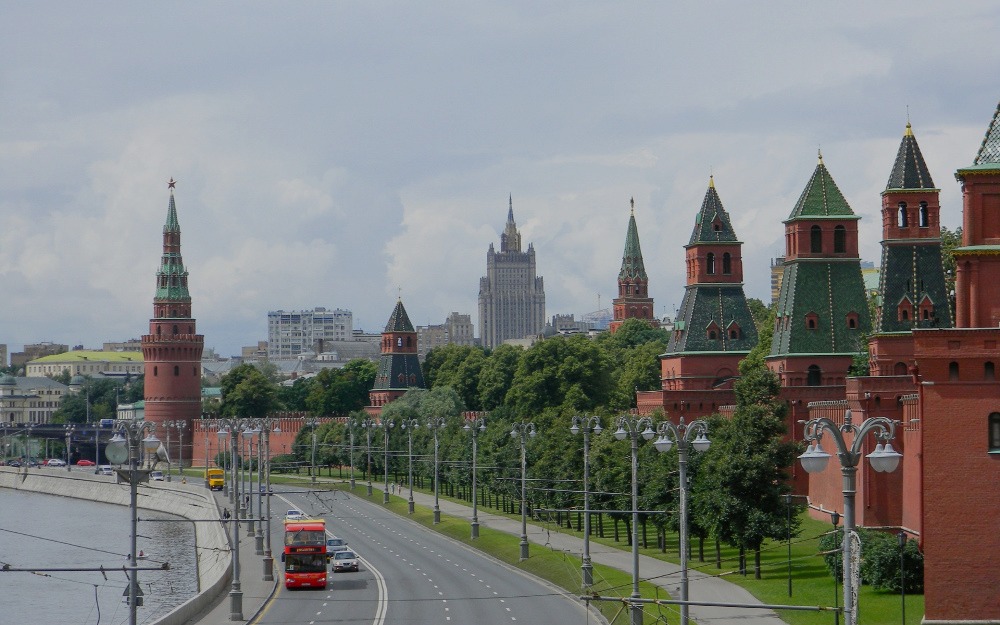 A longstanding goal of Vladimir Putin’s regime is to replace the liberal rules-based international order with one based on spheres of influence, great power imperialism, and limited sovereignty for small states.

Now a Kremlin-connected pundit is arguing that the pandemic, and the havoc that it is unleashing, could advance that goal. In a commentary for the Kremlin mouthpiece Izvestia, provocatively titled “Coronavirus Instead Of War,” Andrei Bystritsky notes that major wars have often given birth to new world orders: the Thirty Years War led to the Westphalia system, the Napoleonic wars to the Congress of Vienna, and World War II gave us Yalta. He then asks bluntly: “Will [the coronavirus crisis] play the role of creative destruction that is necessary for the emergence of a newly arranged world?” Bystritsky, who is chairman of the Valdai Discussion Club, a Moscow-based talking-shop that promotes Putin to an audience of foreign influencers, argues that the West is making this more likely by its “socio-political or socio-psychological psychosis” in overreacting to the pandemic.

Suddenly, he writes: “you can declare mobilizations, impose quarantines, deploy hundreds and thousands of orderlies and soldiers to restrain and arrest people, prohibit air and rail travel, neglect rules and rights. What an epidemic! Excited politicians, flustered mayors and governors, alarmed WHO officials and leaders of epidemiological institutes are competing in warnings and the introduction of increasingly harsh measures.”

With global cooperation low, international elites ineffective, and EU coordination weak, he suggests that COVID-19 is exposing the shortcomings of the existing international order. And this, he argues, could spark calls for change. “After all, without destruction there is no creation,” he writes. People will grow weary of suffering and will seek “to clear the field of unnecessary institutions, rules, and elites…Instead of war—the flu.”

Bystritsky, who is also a Dean at the Higher School of Economics, is often utilized to present a softer and more reasonable Russian face to the West. His tone is largely one of concern and alarm. He laments that EU solidarity “is likely to erode” and that the coronavirus could trigger a move toward “a very unpleasant future—an isolationist, closed, selfish one.”

But given the Kremlin’s long-standing antipathy to the liberal international order, it requires little imagination to conclude that the Putin regime is already thinking hard about how it can use the COVID-19 crisis to undermine the West and achieve this objective.

Bystritsky also writes nothing about how the Putin regime is  already using the crisis to achieve its domestic political goals. In a recent article for the opposition Yezhednevny Zhurnal, Aleksandr Golts notes that the Kremlin is using the epidemic as an excuse to ban opposition rallies while allowing other mass public gatherings such as preparations for the May 9 Victory Day celebrations and, presumably the April 22 referendum on Putin’s constitutional amendments.

Bystritsky, of course, is wrong to downplay the seriousness of the coronavirus pandemic. But this crisis is unfolding at a critical moment for the West and amid a highly consequential conflict of ideas and values. If the West fails to lead—and lead by example—illiberal regimes like Putin’s Russia will certainly exploit the crisis.