With Joe Biden days away from assuming the Presidency, European “strategic autonomy” debates refuse to die — much to the chagrin of many Central and East European leaders. 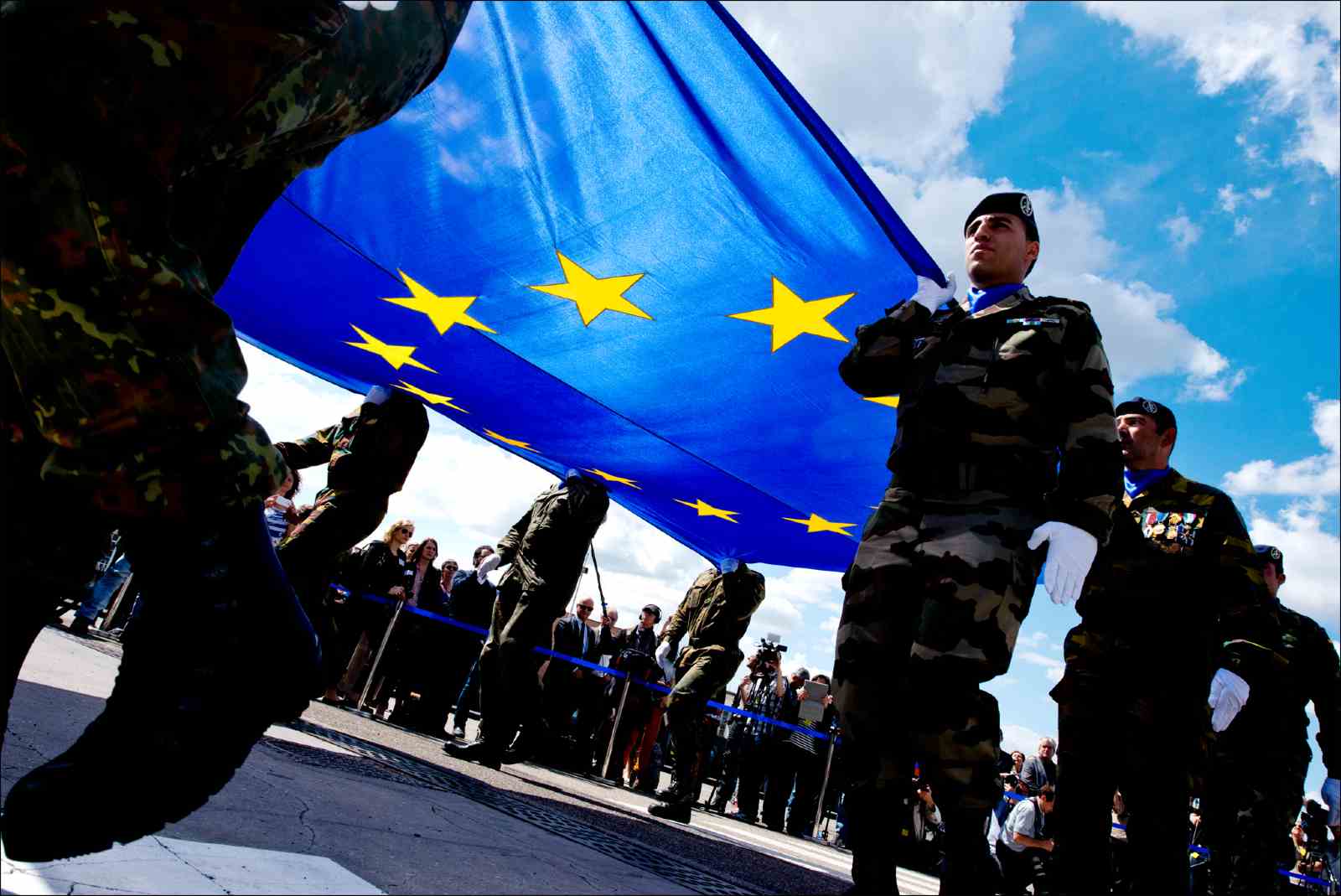 Photo: The first plenary session of the EP 2014-2019 term is ready to start and the EU flag ceremony outside the Parliament sign it's beginning. Credit: European Parliament/Flickr

Even as Europe prepares for what many hope will be a revitalized transatlantic relationship under the Biden administration, arguments for European “strategic autonomy” are still heard in Brussels and in national capitals. Many in Central and Eastern Europe, however, worry these persistent discussions may serve to divide Europe and America just when the two should be coming together to repair a damaged relationship.

Over the last four years, the absence of U.S. leadership in NATO has pushed Europeans to take responsibility for building their own defense. Concerned about the U.S.’s commitment to European security and the long-term health of the alliance (especially under a possible second Trump term), European leaders have made progress on defense spending and capability development. French President Emmanuel Macron has been an outspoken champion of these efforts.

While Biden has made clear his intentions to recommit the U.S. to the alliance, American pressure on Europeans to carry their share of the collective defense burden is not likely to change. The fact of this unremitting pressure, sure to be a constant between the otherwise very different American administrations, has given an opening to leaders like Macron to argue that the moment for Europeans to chart their own course remains at hand. While the Trump administration didn’t seem to take much notice of such talk, Team Biden is unlikely to be as complacent. Because while the United States has long maintained that a more capable Europe is ultimately a good thing for the alliance, Washington has also long been worried that such initiatives could duplicate NATO efforts and, worse, drive a political wedge between the U.S. and Europe.

Compared to their Western allies, the NATO members along the Eastern flank face a more clear and present danger from Russia, a much larger and formidable adversary. For them, NATO is central to their defense policies, and the U.S. commitment to their collective defense is fundamental. Far from reducing their dependence on the United States, Baltic leaders have called for an increased and permanent American presence in the Baltic states. Polish Minister of National Defense Mariusz Blaszczak recently noted that the Alliance and the presence of U.S. troops in Europe is foundational to Polish security due to its “historical experience and deep knowledge of the threat of aggressive Russian policy.”

The Poles have been particularly outspoken against the recent push for autonomy. Defense Minister Blaszczak agreed with the German defense minister’s recent assessment that European leaders should “abandon illusions of ‘European strategic autonomy,’” arguing that there is “no alternative to an alliance between Europe and the U.S.” and Europe’s common security policy “should complement our alliance within NATO – not constitute an alternative to it.” This attitude is shared by many countries in Europe’s east – Estonian Defense Minister Jüri Luik called the potential to acquire strategic autonomy “unlikely” and “not necessary,” arguing that Europeans need to do “everything in our power to keep the U.S. in Europe” and not have “unrealistic ideas that we can somehow do it on our own.”

These concerns are grounded in a realistic appreciation of the balance of forces on the European continent. While France possesses nuclear weapons, its nuclear umbrella cannot be credibly expanded to cover the entire EU. And despite President Macron’s ambitions, truly independent defense capabilities are still a distant reality for Europe. Only a third of the members meet NATO’s defense spending threshold, with France itself just barely spending over 2% of its GDP on defense. The EU Battlegroups – the European Union’s military arm and rapid reaction force – haven’t been deployed since their creation in 2007, largely due to a lack of political consensus. The idea that a sovereign European entity that can defend itself is within easy reach is merely talk. If such capabilities ever arise, it will take quite a while. In the meantime, Europe remains no match for Russia or China on its own.

Everyone can agree that Europe needs to do more for its defense, despite disagreements over how to do so. But as Europe contends with an evolving strategic environment, now is not the time to risk fracturing the transatlantic Alliance over a more autonomous ideal that is a long way from being realized. In reality, the Alliance remains a critical element of many European states’ security and defense strategies – especially in Central and Eastern Europe – and talks of strategic autonomy do little to unify Europe to combat the challenges it faces today.