Fog on the Thames

Despite political upheavals, Britain’s support for Ukraine is lasting and bipartisan 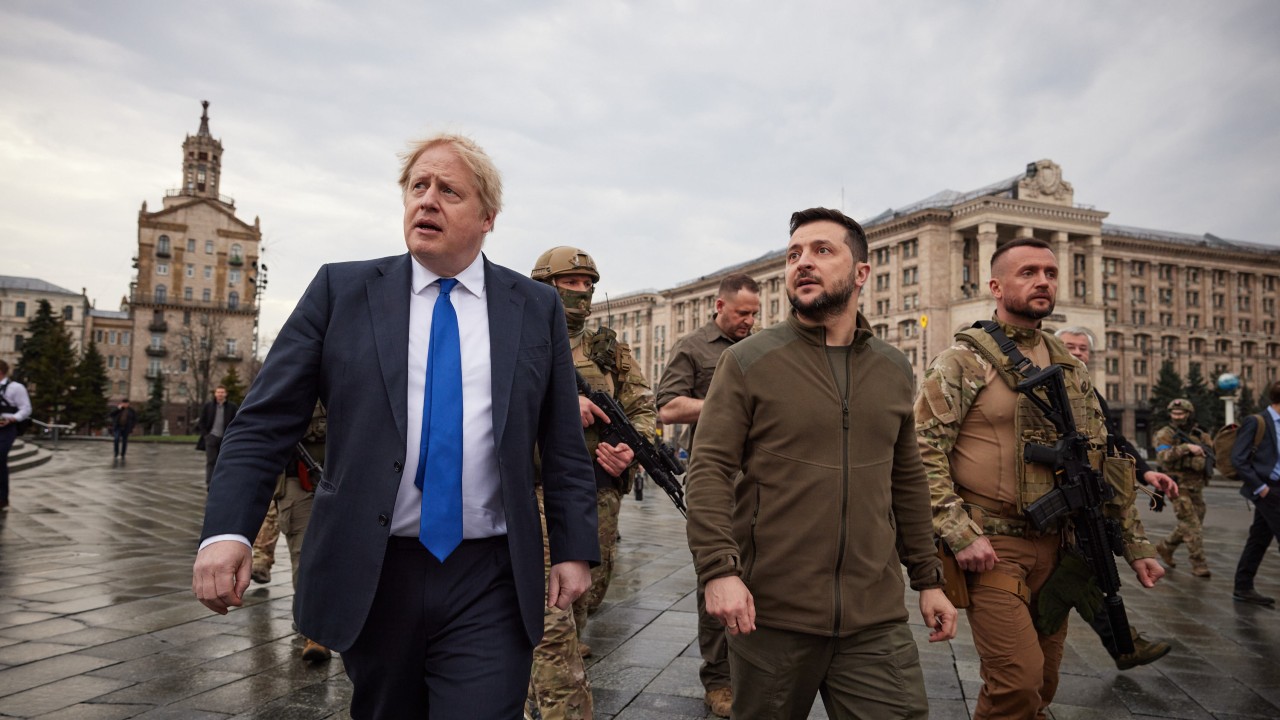 This week I spoke at the weekly Ukrainian demonstration outside Whitehall in central London. We had a powerful message. Ukrainians are fighting and dying, not just for their country, but for universal values and all of Europe’s security. We owe them. We can and must do more.

But our slogans struggled to make an impact: far more people had gathered to gloat over the defenestration of Prime Minister Boris Johnson. The British leader may have his faults, but he has been a forthright and effective friend for Ukraine. Many worry that his departure will harm their cause. A few even attribute his downfall to Kremlin meddling.

Some perspective is useful. The British government has talked up its support for Ukraine, which contrasts with some other European countries’ leisurely and lukewarm approach. Tabloid newspapers highlight stories about Ukrainian soldiers shouting “God Save the Queen” as they fire weapons donated by Britain. But in reality, it is the huge quantities of arms and ammunition provided by the United States that make by far the biggest military difference. The most significant thing Britain offers, less glamorously, is training — rushing thousands of new volunteers through accelerated preparation for the battlefield.

Will this survive Johnson’s departure? Within the Conservative Party, support for Ukraine is deep and broad. I do know a few politicians and commentators who have reservations about the government’s approach. Some are isolationists who think the war is none of our business. Others believe that our long-term interest is in better relations with Russia. But they mostly keep their views to themselves. All the contenders for the Conservative leadership are fierce, sincere critics of the Kremlin. Some of them (such as the Foreign Secretary, Liz Truss) have taken a more hawkish position than Johnson himself.

Moreover, the opposition parties are similarly minded. The Labour leader, Sir Keir Starmer, has threatened to expel a handful of left-wing Labour MPs who recycled Russian talking points about NATO. The Scottish National Party is hawkish on Ukraine: some Scots see parallels between England’s historical treatment of Scotland and Russia’s patronizing, exploitative attitude to its southern neighbor. The opposition will not pressure the next prime minister to do less for Ukraine. It may well demand more.

On the military side, that is difficult. As donations to Ukraine shrink Britain’s already-skinny stockpiles, worries mount about the army’s ability to fulfill its core tasks in the Baltic states. Decades of penny-pinching have produced a hollowed-out military that risks running out of ammunition and spare parts in a real war. Any Russian attack would bring a stiff response for the first few days. But then what? For decades Britain has dodged hard choices on defense. The cost of procrastination is now painfully, even dangerously, clear.

Where Britain could do more is on dirty money. This was a subject that the Johnson government tried hard to avoid, to the intense irritation of the US Administration and other allies. Many Conservatives are privately aghast at their party’s dependence on dodgy donors. British company registration is scandalously lax: by law, information is only recorded but not checked. Abuse is rife. Kleptocrats benefit. Enablers — bankers, lawyers, accountants, realtors, grifters, and fixers — gorge on the fees. Everyone else suffers. Proposed reforms are inadequate. As the cost-of-living crisis bites, a crackdown on murkily-obtained foreign fortunes will sound increasingly attractive.

The biggest question will be whether a new prime minister can repair Britain’s relations with the European Union. The Johnson government sacrificed these for domestic political reasons: for fervent Brexit-backers, confronting Brussels is a point of honor. The Conservative leadership election may fan these flames further, but its result may quench them.

Editor’s note: Edward Lucas is a parliamentary candidate for the opposition Liberal Democrats