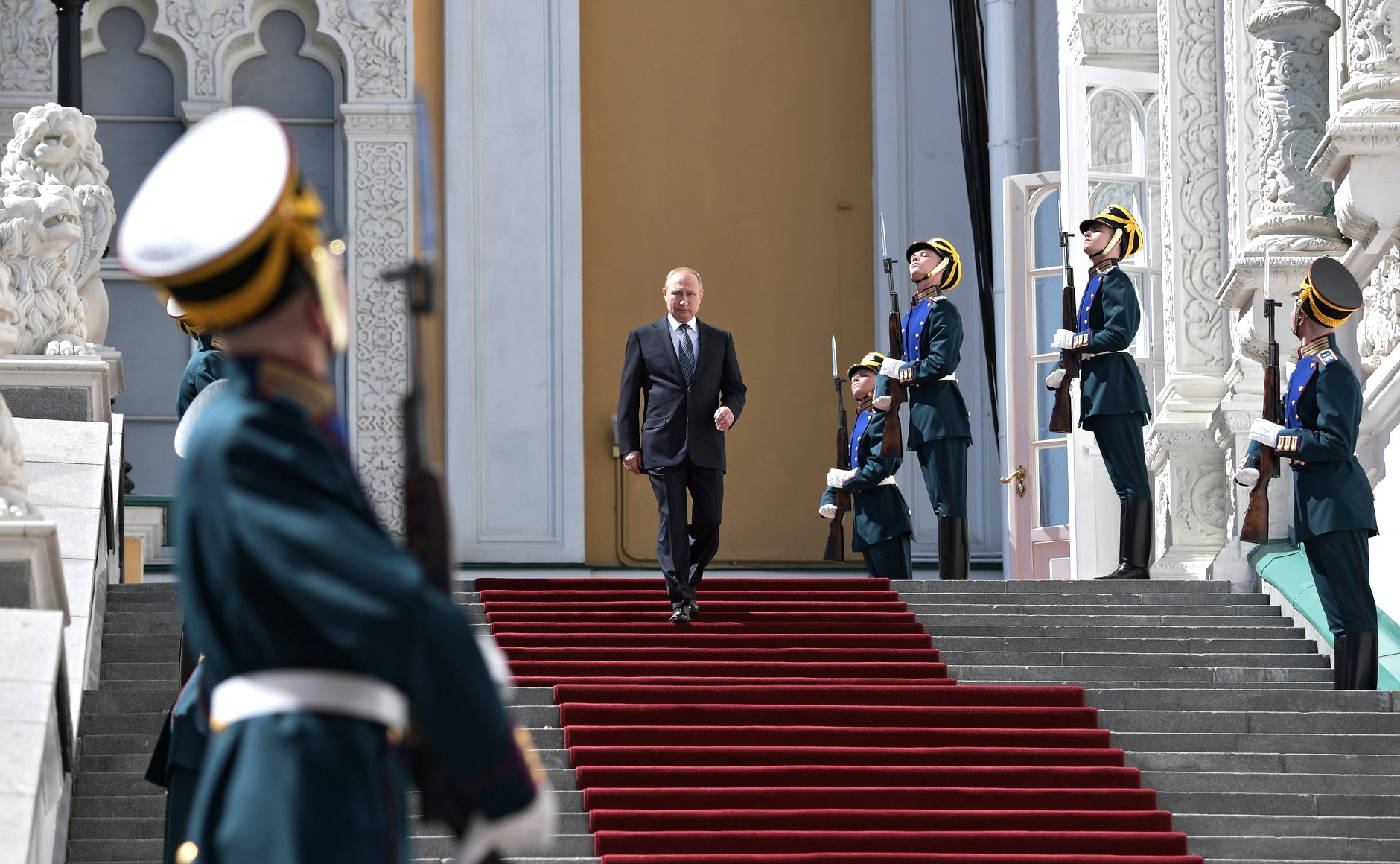 Holding a 50-year-old man hostage is a highly unusual form of statecraft. Unless, of course, the state in question behaves like an organized crime syndicate.

The sentencing of Paul Whelan to 16 years in a Russian prison colony on flimsy espionage charges this week is the latest example of how Moscow uses extortion as a geopolitical tool. Vladimir Putin’s Kremlin isn’t even hiding the fact that it sees Whelan, a former U.S. Marine who worked as head of security for a U.S. auto parts company, as a captive and a bargaining chip. Born in Canada, he holds U.S., Canadian, British and Irish passports.

Whelan was arrested at Moscow’s Metropol Hotel on December 28, 2018 while he was attending a wedding. He had just received a USB drive that he believed contained holiday photographs of the historic Moscow suburb of Sergiyev Posad from an acquaintance. Prosecutors said the drive contained classified information about Federal Security Service personnel. Whelan’s trial, conducted behind closed doors in Kafkaesque secrecy, was denounced by the U.S. Ambassador to Russia John Sullivan as a “mockery of justice.” None of the evidence against him has been made available to the public.

Russian political commentator Konstantin Eggert noted, “We can assume Whelan was framed and simply taken hostage.” For the past year, Russia has been openly suggesting that Whelan could be released in exchange for one of two Russian nationals serving prison sentences in the United States: Konstantin Yaroshenko who was sentenced to 20 years for conspiracy to smuggle cocaine to the United States; or Viktor Bout, a former military intelligence officer who was sentenced to 25 years for trafficking weapons to terrorists.

After Whelan’s sentencing, Russian Deputy Foreign Minister Sergei Ryabkov said, “We are sticking to our previous position. These options have been offered to [the] Americans many times.”

This stance is revealing, if not surprising. Bout is reputed to be associated with Igor Sechin, a powerful and longtime Putin crony who is CEO of the Russian state oil company Rosneft.

That the Kremlin uses organized crime groups as instruments of statecraft has long been evident. Estonian intelligence has uncovered how Russia was using an illegal cigarette smuggling ring to surveil the border and generate untraceable cash — presumably to finance covert operations.

In 2010, the Spanish prosecutor José Grinda Gonzalez briefed U.S. officials in Madrid that the Russian authorities used “organized crime groups to do whatever the government of Russia cannot acceptably do as a government.” A cable from the U.S. Embassy quoted the prosecutor as telling the American officials that Putin’s Russia was a “virtual mafia” state where it was impossible to distinguish between the government’s activities and those of organized crime groups.

In a widely circulated 2017 report, organized crime expert Mark Galeotti noted “growing evidence of connections between such criminal networks and the Kremlin’s state security apparatus.” Galeotti, author of the book Vory: Russia’s Super Mafia added that, “Organized crime groups have already been used by the Kremlin as instruments of intelligence activity and political influence and are likely to become an even greater problem as Russia’s campaign to undermine Western unity and effectiveness continues.”

Putin’s ties to organized crime date back to his time as St. Petersburg’s deputy mayor in the 1990s when his job included liaison between the city’s government and the criminal underworld.

Taking a hostage and using him as a tool of extortion was all too familiar in Russian gangsterland in that era. Three decades later, it is state policy.

Photo: “Vladimir Putin has been sworn in as President of Russia” by the Presidency of Russia under CC BY 4.0.