Rather than complain about its exclusion from today’s US-Russia talks, the EU should take on something it really can handle: preparing for waves of Ukrainian refugees 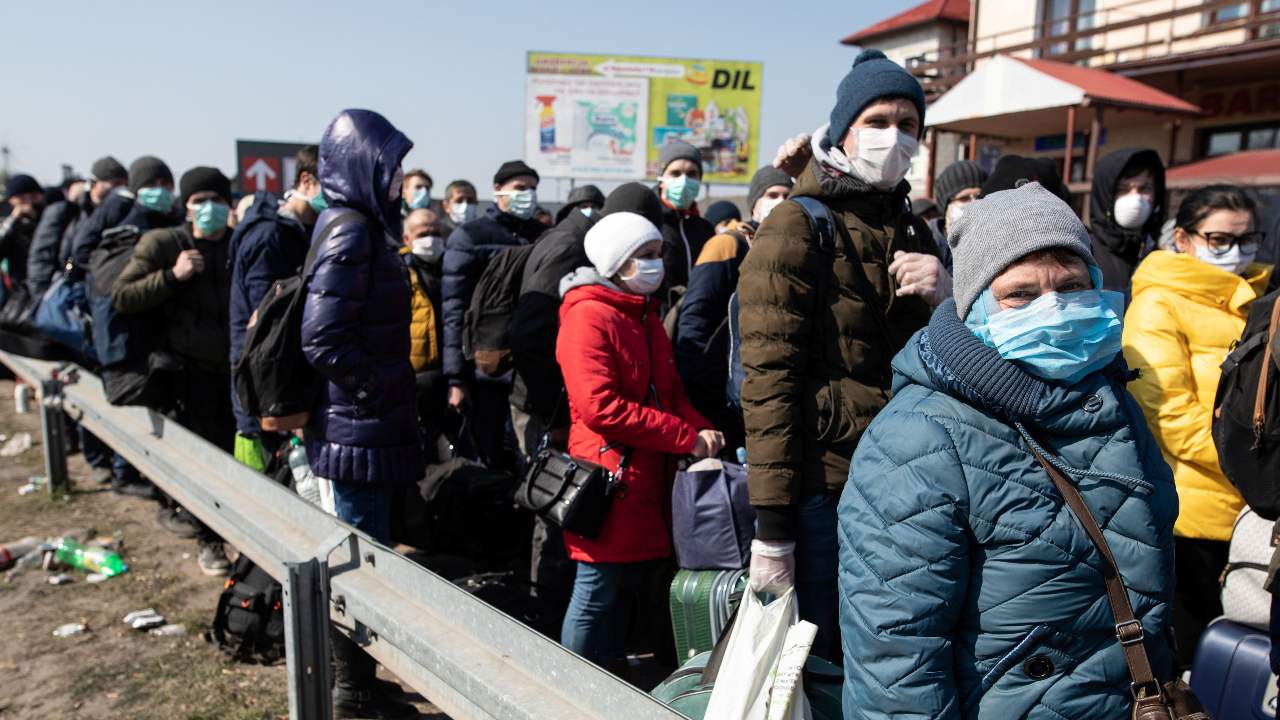 The shrieks and bleating in Brussels were almost ear-shattering: How dare the Russians talk only to the Americans about European security? Leaving aside the smirks of schadenfreude from the European Union’s Central and Eastern members (now you know how we felt all the times you agreed on EU-Russian policy without us), the problem is acute:

“If Moscow, as announced, wants to talk about the security architecture in Europe and security guarantees from January, then this is not just a matter that concerns America and Russia,” Josep Borrell said in a telephone interview with the German daily Die Welt. “The EU must be involved in these negotiations” and “European security is our security,” he said. “It’s about us. This is not simply the case for two states, i.e. America and Russia, or NATO and Russia — even if Moscow imagines it.”

The problem is that seven, going on eight years of “deep” and “grave” concern over the Russian invasion of Ukraine in 2014; Russia’s destruction of a civilian airliner, killing nearly 300 people on board; and the constant attacks on Ukrainians from their own soil by Russian proxies in the Donbas, the EU has done nothing to justify a place at the top table. It has been reactive — mainly through expressions of concern — and has become something of a joke. As for actually playing a role to end conflict on its own continent that has killed far more than 14,000 people, it has done nothing.

Indeed, it has largely ignored Ukraine as a security issue. In her five years as High Representative of the Union for Foreign Affairs and Security Policy, Frederica Mogherini visited a country attacked by Russia on a grand total of two occasions. Nor did she ever visit the front line of fighting between Ukraine and Russian-occupied territory. Ukraine had to wait for Mogherini’s successor, Josep Borrell to take that step, which he did five days ago on January 5. Borrell has been in office for more than two years.

Ukraine’s security crisis, however, is not — in the infamous words of UK Prime Minister Neville Chamberlain in 1938, “a quarrel in a faraway country, between people of whom we know nothing”. Ukraine borders directly on four EU member states — Poland, Slovakia, Hungary, and Bulgaria – as well as a fifth, Romania via a sea border. True, these are Central or East European members of the EU, but their security concerns are no less urgent.

To now cry that the EU is excluded from negotiations when it has done nothing serious to develop a security role since the 2009 Lisbon Treaty created a vice-presidential foreign policy post is frankly bizarre.

As veteran senior diplomat Wolfgang Ischinger, now Chairman of the Munich Security Conference wrote: “It is our own fault, not [America’s] if Moscow discusses European security bilaterally with the US. We love to chat about learning the language of power, but we lack all the basic implements of power: military capabilities, a strategic vision, and political will.

It’s too late now for the EU to play any rôle in this week’s talks. It simply is not a player. Perhaps this will act as another perennial “wake-up call” to the Union that if it genuinely wants to be taken seriously and not be a priori excluded from serious talks, it needs to begin to take itself and its own security seriously. Create, as Ischinger suggested, a dedicated Chief Security Officer to oversee the security dimension of all EU policies. Establish a permanent security council mirroring the North Atlantic Council (NAC) of NATO, which convenes, as it has for 73 years, every working day to discuss security issues. Make the EU’s Permanent Structured Co-operation (PESCO) arrangement, which is meant to integrate the EU’s security and defense structures, something more than a virtual paper-based institution. Were the EU to take itself seriously in defense and security, in several years it might even be taken seriously by Russia. Today it quite obviously isn’t.

There is, however, an immediate potential crisis that the EU can and indeed must deal with: the prospect of millions of Ukrainian refugees fleeing a war zone to Europe. There is no doubt that if Russia launches the war Vladimir Putin and his officials constantly threaten, we will see in the EU a refugee crisis of unimaginable proportions. If we take my own country’s experience in World War II, some 7% of the population, knowing full well the horrors of Soviet atrocities and war crimes, fled West before an advancing Red Army. If we take a ballpark figure that percentage would amount to 3-4 million Ukrainians. If we see in addition to a land-based invasion also sea and air attacks, the numbers will be even higher.

This would represent the largest number of displaced people fleeing to Europe since 1946-48, when an entire agency UNRRA (the United Nations Relief and Rehabilitation Administration) spent some €40bn ($46bn) in today’s money to deal with the millions of displaced persons. Moreover, unlike the smaller migration crisis of 2015 caused in part by Russia’s bombing in the Syrian conflict, there would be no stopping this wave of refugees. Ukrainians already today enjoy visa-free travel to the EU. This would not be a matter of fleeing across the sea as with Balts in World War II or Syrians in 2015, these refugees need only to drive across the EU border, show their passports and they will be in the EU legally.

Of course, we can hope for the best, that NATO-Russia talks will end with no invasion – or any agreement made over the heads of the Ukrainians. Nonetheless, until a solution is reached and given the short timeline the Russians have presented, there is no reason not to plan for a refugee contingency.

EU security officials, together with national internal and social affairs ministries should be having crisis planning sessions right at this moment. Europe cannot be caught flat-footed on this one issue where there is no excuse for inaction.

Toomas Hendrik Ilves is a Distinguished Nonresident Fellow at the Center for European Policy Analysis and was President of Estonia between 2006-2016.