Armenia and Turkey are signaling a willingness to normalize long-stalled bilateral ties. Obstacles remain, but there is reason for optimism. 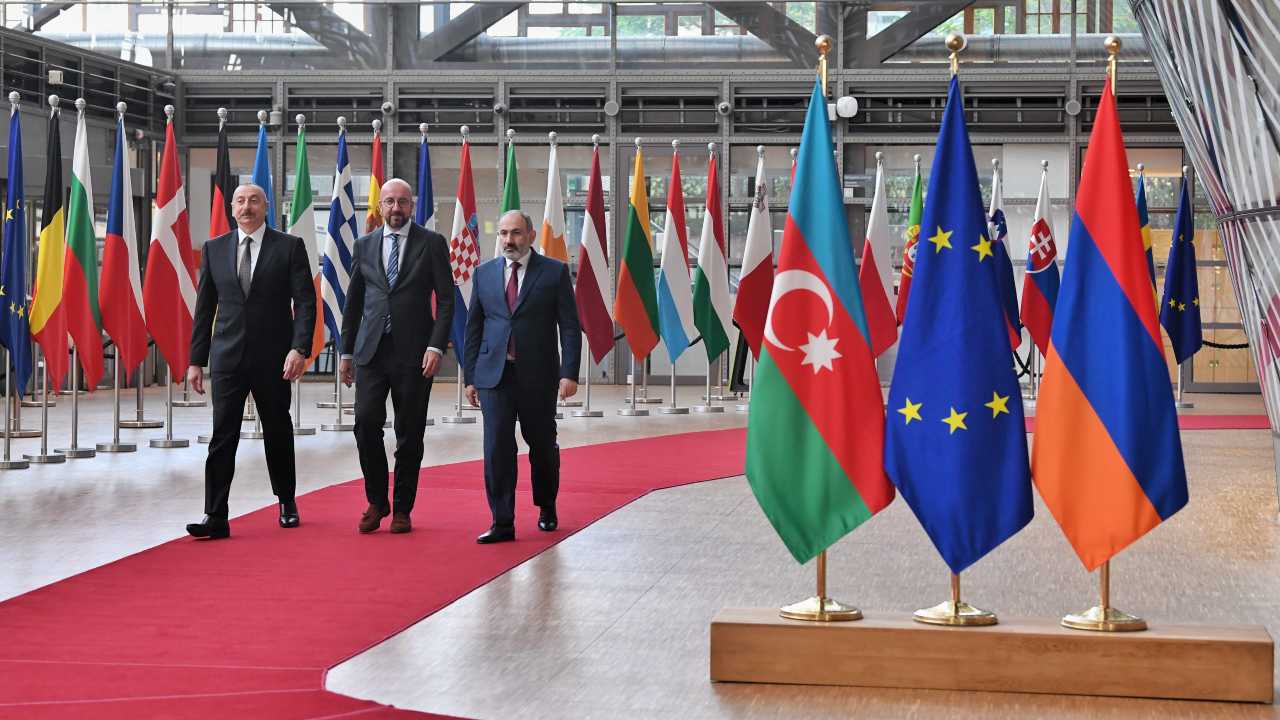 It has been 29 years since Armenia and Turkey severed diplomatic and commercial ties over the first war for Nagorno-Karabakh and now, finally, there are signs of movement.

Russia is watching this with some apprehension – it is unclear how it could benefit the Kremlin, and more obvious that it could harm Russia’s armlock on the broader South Caucasus region. Engrossed by its war of choice in Ukraine, its garrisons stripped to the bone of fighting men, it is also at a historically weak moment.

The Turkish-Armenian moves were not entirely unexpected as both countries had been consistently making positive statements and even concrete policy moves toward normalizing bilateral ties. For instance, in previous months, Armenia legally paved the way for trade with Turkey and made the resumption of relations a foreign policy objective within the country’s national strategic document.

That said, what exactly normalization means is far from clear; statements from both sides indicate that the countries aim at the complete opening of the border with the emerging potential for restoration of diplomatic ties.

The positive trend became possible as a result of a number of regional and more global geopolitical developments. Azerbaijan’s victory in the second Nagorno-Karabakh war in 2020 and surrounding Armenian-held territories removed a major roadblock in the Ankara-Yerevan talks. Before the war, Turkey had always argued that any improvement of bilateral ties was almost entirely contingent upon Armenia making significant concessions on the Karabakh issue.

The present momentum is also powered by the moderately positive attitude of Azerbaijan, which no longer regards Armenian-Turkish rapprochement as dangerous. It nevertheless closely follows the process and is trying to link progress with its own negotiations with Armenia (where significant progress has also been made, although the countries are a long way from a definitive peace agreement.)

Turkey’s activism in all this is noteworthy and is based on its dynamic eastern foreign policy, specifically in the South Caucasus. After the 2020 war, Turkey has been especially keen to help reshape regional geopolitics by improving relations. The Turkish leadership is also intent on creating additional trade corridors to the Caspian Sea and Central Asia through Armenia.

The momentum is there. Russia’s aggression against Ukraine changed the patterns of Eurasian trade and people movement. The Russia route which for decades helped connect China with the EU market has collapsed because of sanctions. The need to find alternative routes has increased and the Middle Corridor, stretching from the Black to the Caspian Sea and Central Asia (which of course means traveling through Turkey), could serve as a substitute. Turkey is actively supporting the idea, and along with the route through Georgia, it sees the emerging rapprochement with Armenia as yet another possibility to expand the Middle Corridor.

It is still hard to tell whether the normalization process will be successful. Obstacles remain, especially the internal Armenian political situation. The opposition and Armenian diaspora are staunchly opposed to rapprochement with Turkey. And though these two groups have so far failed to mount a decisive offensive against Pashinyan, they nevertheless can from time to time complicate the internal political process.

The second problem is Russia. While it has tentatively supported the improvement of ties, it is also clear that the Kremlin is uneasy. Armenia’s isolated position in between Azerbaijan and Turkey has always presented easy geopolitical picking for Russia, with its governments usually staunch allies. Now Armenia potentially could look westward toward Turkey and use its ports to reach EU markets, thereby balancing its overdependence on Russia.

Of course, Armenia-Turkey normalization will not signal the end of Russia’s influence in Armenia. Russian troops will remain in the country and deep economic ties will persist. But over time, the Turkish alternative will inevitably reduce Russia’s regional clout.

Another critical element when calculating what Russian perspective on Armenia-Turkey relations is the war in Ukraine. Russia might now have little choice but to tolerate Turkish inroads into the South Caucasus because of its military preoccupation. The Kremlin simply might not have enough political and economic power to prevent it. And its ability to intimidate Turkey is limited at a time when it needs to keep Erdoğan’s government as neutral as possible toward the Ukraine war.

Turkey is nothing if not smart. Rapid progress with Armenia needs to happen now, because a potential Russian victory in Ukraine would tip the balance back in the Kremlin’s favor.

For Russia, Turkey’s activism presents new variables for the geopolitical game in the South Caucasus. Accustomed to exclusive domination of this space, there are growing indications that Turkish influence has turned into a constant. Russia will therefore need to modify rather than banish its increasing influence. Better perhaps to allow the Turks in and then seek to reshape their ambitions.

It is true that Russia and Turkey, despite their history of 12 wars, understand each other, more or less respect each other’s red lines, and are religious about the concept of regionalism, i.e. limiting non-regional actors in the Black Sea, Syria, and the South Caucasus. Yet geopolitics dictates that Turkey benefits from diminished Russian influence.

Armenia and Turkey are likely to continue their normalization progress. We might see a full-scale resumption of ties, but there’s a long road ahead involving Russian behavior towards progress and what comes from the Azerbaijan-Armenia peace talks.