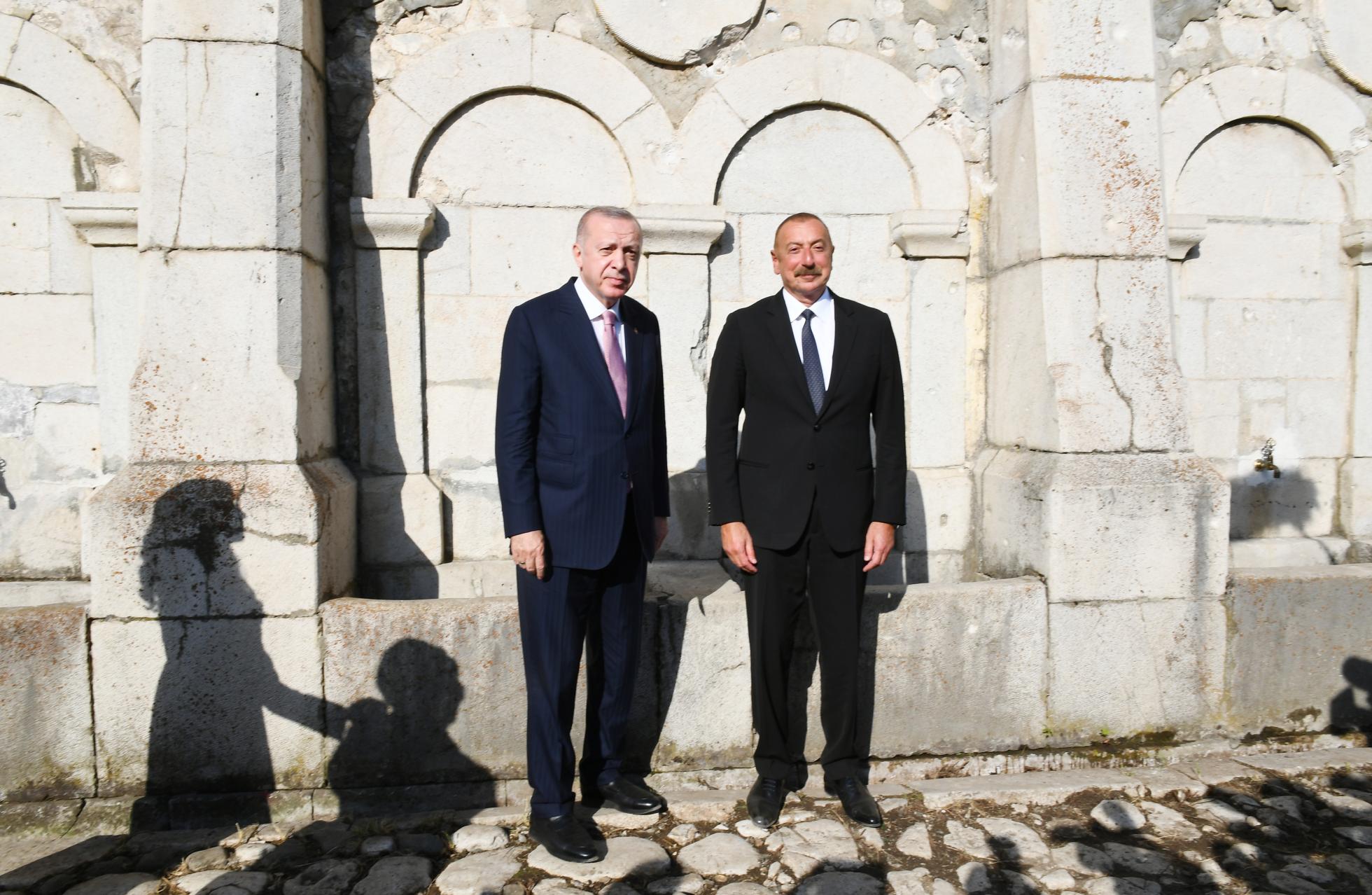 It is only a year since Turkey demonstrated its new power in the South Caucasus, providing significant military and other help to Azerbaijan to achieve its irredentist ambitions against its old enemy, Armenia.

Russia, traditionally sympathetic, offered little help as Armenian forces were comprehensively beaten in the disputed region of Nagorno-Karabakh. Upheaval rocked the country as it digested a historic defeat.

Faced by this brutal new reality, Armenia has reevaluated its position and has tentatively concluded that one answer to its dilemma is to put aside bitter memories of its relationship to Turkey — including the genocide of Turkish Armenians — and seek a rapprochement with the old enemy.

Armenian and Turkish officials have recently exchanged positive statements which signal the change. The Armenian Prime Minister Nikol Pashinyan said that he was ready for reconciliation with Turkey “without preconditions.” Turkey’s President Recep Tayyip Erdoğan said he was ready for gradual normalization if Armenia “declared its readiness to move in this direction.” More recently the president’s aide and spokesman İbrahim Kalın said that Turkey is “looking positively to normalization” with Armenia.

More concretely, Armenia has allowed Turkish Airlines to fly to the Azeri capital, Baku, through its airspace. Moreover, Armenia’s recently unveiled five-year government action plan, approved  by the legislature, states that “Armenia is ready to make efforts to normalize relations with Turkey.” This, if implemented in full, would probably take the form of restoring full diplomatic relations and perhaps opening the 300km (about 200 miles) border, closed since the early 1990s. More importantly, the five-year plan stresses that Armenia will approach the normalization process “without preconditions” and says that establishing relations with Turkey is in “the interests of stability, security, and the economic development of the region.”

So far, the relationship has involved little more than an exchange of positive statements, but their regular repetition indicates that momentum for improvement of bilateral ties is there. The timing here is interesting. Following the 2020 war, Armenia sees the need to act beyond the historical grievances it holds against Turkey and be more pragmatic in foreign ties. In Armenia’s calculus, the improvement of relations with Turkey could deprive Azerbaijan of some advantages. Certainly, the Azerbaijan-Turkey alliance will remain untouched, but the momentum behind it could decrease if Armenia establishes ties with Erdoğan.

Turkey has established a pivotal role in the region. Having disrupted the status quo in the South Caucasus, it has positioned itself as a new center of gravity for Armenia, Azerbaijan, and Georgia. The advantages for Armenia are not only security-related; a rapprochement provides a new market for its products and businesses in its western neighbor. In the longer term, this could encourage the country to diversify its foreign trade.

There is another key point: economic and transport diversification means the diminution of Russian influence in the South Caucasus. Armenia’s closed border with Turkey has resulted in reliance on Russia, as the majority of roads and railways run toward the north. For Turkey, a reopened border is also beneficial in creating faster links with Azerbaijan. And improving regional links is a cornerstone of Turkey’s bid for a stronger position in the South Caucasus.

So what about Russia? It is natural to suggest that the potential improvement between Turkey and Armenia, Russia’s old ally, would be impossible without the Kremlin’s blessing. Russia expressed readiness to help Armenia and Turkey normalize their relations, saying that would boost peace and stability in the region. Yet, it is not entirely clear how the normalization would suit Russia’s interests. One possibility is that the Armenia-Turkey connection would give Russia a direct land link to Turkey, via Azerbaijan and Armenia. However, here too the benefits are doubtful. The route is long and will remain unreliable — Russia-Turkey trade via the Black Sea will remain a primary route. The issue will have been discussed during President Vladimir Putin’s meeting with Erdoğan in Sochi on September 29, though few details were given.

Iran will also be watching closely. A reopened Turkish border will diminish Armenia’s dependence on Iran for imports. Iran is increasingly suspicious of Turkey’s influence in the South Caucasus and has complained about its involvement in military exercises in the Caspian Sea. In response, it organized massive military drills near the border with Azerbaijan. Meanwhile, Iranian trucks heading for Armenia are being stopped and forced to make payments to Azeri troops arguing that they are infringing its sovereignty.

For now, at least, events are playing very well for Erdoğan and his dreams of becoming a regional strongman. Through its military and economic presence, Turkey can hope to open new railways and roads, thus steadily decreasing Russian and to a certain degree Iranian geopolitical leverage in the South Caucasus.

But the Armenian-Turkish rapprochement is far from guaranteed because of ingrained distrust between the two sides and the potential spoiling influence of Azerbaijan and Russia. Recently Turkish Foreign Minister Mevlüt Çavuşoğlu said the country would coordinate with Azerbaijan to reestablish relations with Armenia. In everyday reality, this means the potential normalization process is fraught with problems, which could continuously undermine the improvement of regional relations.