‘Entice the Enemy’s Best and Wisest’: China’s War of Stealth

China’s United Front system is eating the West from within. It must be identified and eradicated before it chronically weakens democratic states. 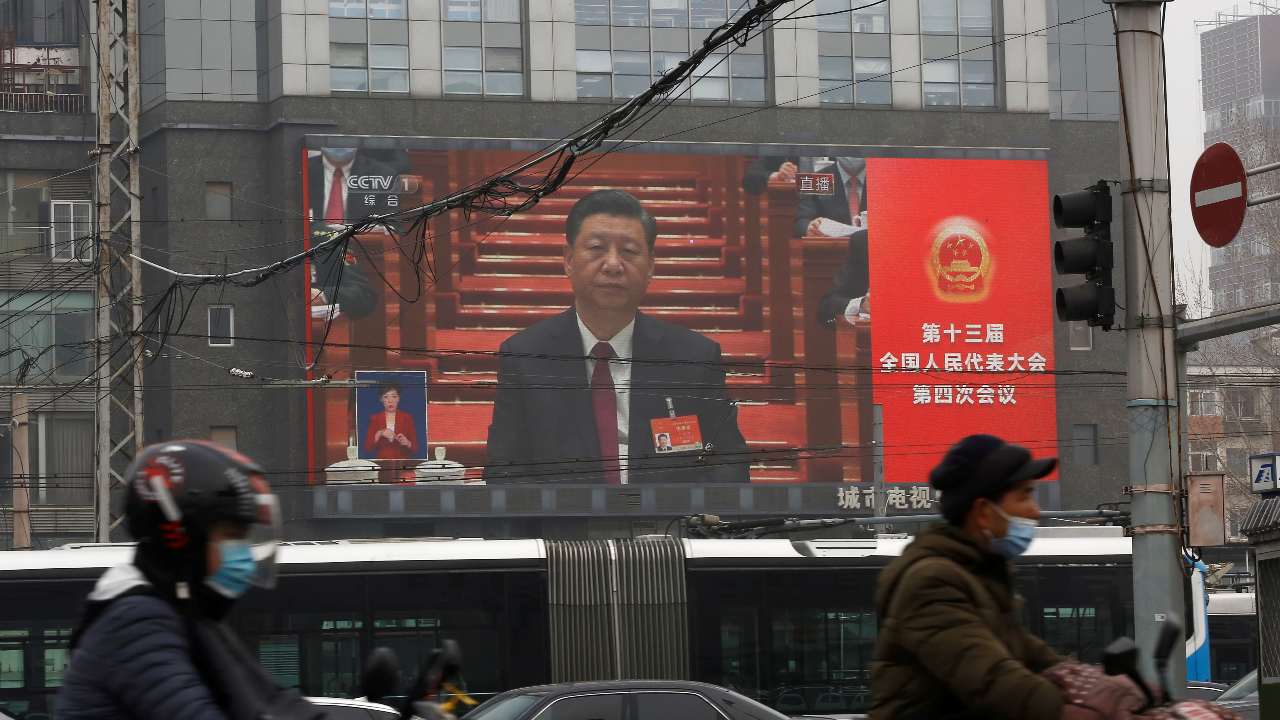 On the 100th anniversary of the founding of the Chinese Communist Party (CCP), Xi Jinping, the General Secretary, delivered this warning: “We will never allow any foreign force to bully, oppress, or subjugate us. Anyone who would attempt to do so will find themselves on a collision course with a great wall of steel forged by over 1.4 billion Chinese people.”

Omitted from the official translation of the speech, made in July, were these belligerent words, “with their heads broken, their blood gushing,” (頭破血流), a phrase originating from the 16th Century classic novel Journey to the West.

On November 6, Xinhua news agency released a 12,000-plus Chinese characters magnum opus on Xi Jinping’s historic status, just ahead of the Sixth Plenum of CCP’s Central Committee, in preparation for the expected coronation of Xi Jinping as the “supreme leader in perpetuity.”  Xi is extravagantly lauded as “a man of determination and action, a man of profound thoughts and feelings, a man who inherited a legacy but dares to innovate, a man who has forward-looking vision and is committed to working tirelessly.” He was declared a “helmsman” in a plenum resolution on November 12, echoing the language underpinning the cult of personality during the era of Mao Zedong, the founding Communist party chairman of the Peoples’ Republic of China (PRC)

Xinhua’s recent editorial only serves to reinforce Xi’s trajectory and to sneer at what it derides as the declining US: “After multiple blows such as the global financial crisis and the COVID-19 pandemic, the decline of US hegemony has become an indisputable reality. The collapse of Afghanistan is just another node in the downward spiral of US hegemony.”

So where does this mixture of hubris and belligerence come from, and what is it leading to? The answers are extremely troubling.

Mao said famously that he had used three “magic treasures” (法寶) to defeat the Nationalist Kuomintang (KMT): “The United Front and armed struggles are the two basic weapons,” and “the Party is the heroic warrior wielding the two weapons . . . to storm and shatter the enemy’s positions.” (Notice that Mao ranked the United Front before armed struggle in importance.)

No one should underestimate the scale of Mao’s achievement in ultimately winning power. This was a huge undertaking, especially when the KMT had control of the state, along with a vast superiority in resources and troops, while the CCP was merely a small band of rebels.

Since Chairman Mao’s death in 1976, his successors have adhered to this winning strategy. So too does Xi, the difference being that has audaciously cloaked himself in Mao’s personality cult. More concerning, he also appears to believe the PRC is now strong enough to take on the world.

Now that the West faces a territorially expansionist China, willing to seize and fight for land from the South China Sea to the Himalayas, it is critical to understand what is meant by the United Front and how it is being used to burrow under the skin of targeted countries. If politics is war by other means, to paraphrase the Prussian military theorist, Carl von Clausewitz, then the United Front is the waging of war by stealth; and it is both consequential and lethal.

The United Front is a series of stratagems directed by the CCP and implemented by swarms of agents and moles, often masquerading as dissidents, journalists, researchers, academics, interns, maids, nannies, and chauffeurs, to gather information, but far more critically and usefully, to spread disinformation; so enemies are misdirected, leading to badly judged and self-destructive decisions.

The US granting of permanent normal trade relations (PNTR) to China in 2000 and its admission to the World Trade Organization (WTO) the following year are a case in point, which have led democracies to transfer their wealth into CCP’s coffers.

The United Front uses the tactics of elite capture to induce democracy’s most influential, up to and including former prime ministers and secretaries of state, intellectuals, corporate titans, and wealthy financiers, to work for the CCP, instead of for their own countries; along with the tactics of “organizational capture” to wreak havoc within multilateral institutions, government entities, and universities, to render them unable to function properly and to confer international legitimacy on the CCP regime that it lacks from its own people. For example, see China’s work in subverting the World Health Organization (WHO) to conceal its responsibility for the COVID-19 pandemic, the influence of its Confucius Institute, and the co-option of Westerners too numerous to mention.

Using the concept of “combining the professionals with the masses,” (專群結合), United Front tactics deploy well-trained agents along with legions of unsuspecting naïfs and useful idiots to further its tactics in every form, all to divide and weaken the enemies from within and on their own ground.

At the opportune moment, when an enemy’s own civil society and government institutions have been sufficiently undermined, co-opted, or so weakened that even superior military power cannot save them, the CCP’s military is deployed for the coup de grace.

This was how the CCP defeated the KMT and conquered mainland China, and that is how it seeks to become the world’s primary power. This time, of course, the CCP is no longer a malnourished weakling, it has vast resources, and is the world’s second-strongest and still-improving military.

It is only recently that younger scholars (like Peter Mattis, Matt Schrader, and Alex Joske) have begun researching United Front methods and tactics. Yet understanding remains sketchy and rudimentary among democratic leaders and even among the majority of experts on China.  This needs to be addressed. To win, democracies need adequate knowledge.

To be sure, United Front agents and moles are a subtle threat and do not attract the same vivid headlines as the traditional spies that the FBI likes to catch, but they are straight out of Sunzi in The Art of War:

“Entice the enemy’s best and wisest men, so that he may be left without counsellors. Introduce traitors into his country, that government policy may be rendered futile. Foment intrigue and deceit, and thus sow dissension between the ruler and his ministers.”

Suffice to say that in this contest of spies, the democracies have been out-funded, outsmarted, and outplayed.

So how can democratic states counter tyranny’s war by stealth?  There are numerous responses available, but let’s begin with three.

In the past, many Westerners willingly followed CCP leaders like Mao and Zhou Enlai for their immense personal charisma, and because they fervently believed in the ideology that they espoused. This has changed — the current crop of CCP leaders have no charisma, and few, including the CCP leaders themselves, believe in communist ideology. But the CCP regime does have very large sums of money, and it has turned the traditional bribery game upside down; where once individuals paid governments and institutions for influence and privileges, now it is a government that bribes individuals and institutions to get what it wants.

Law enforcement has already snared a few culprits who were corrupting heads of state, but there are plenty more waiting to be caught.

The bottom line for the media and for Hollywood is the same as for politicians and for businesspeople: if we do not fight for what defines us, we cannot keep ourselves free.