Turkey and Russia have been here before — and they will probably be here again. 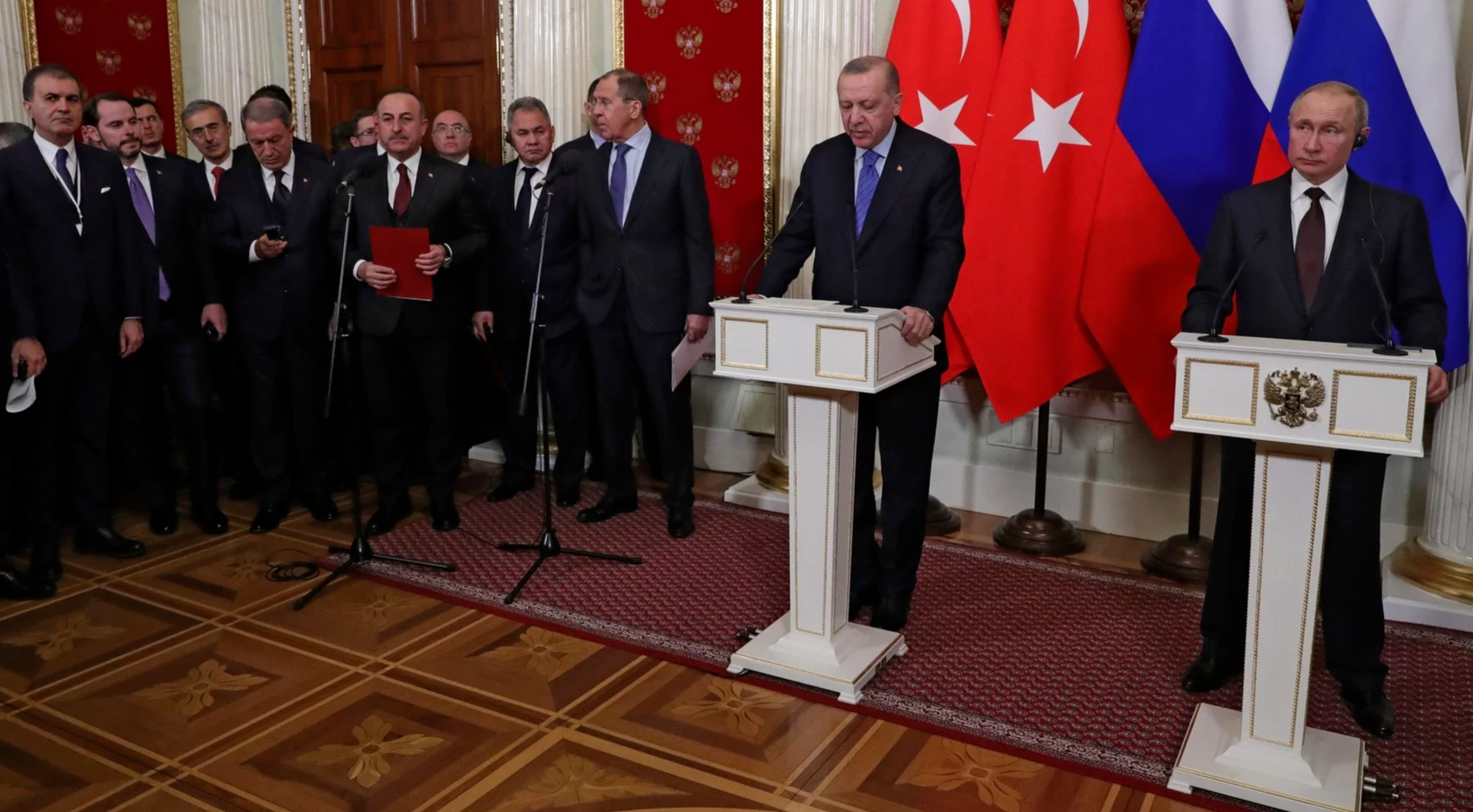 Turkey and Russia have been here before—and they will probably be here again.

When Turkey shot down a SU-24 warplane over Syria back in November 2015, the prospect of war between a nuclear-armed Russia and NATO member Turkey appeared frighteningly real. Moscow and Ankara pulled back from the brink back then—and the emerging partnership between the two authoritarian regimes eventually grew stronger.

The Russian-Turkish relationship is an uneasy partnership of two wary “frenemies who share a common disdain for the West. But it is also a rivalry between two leaders with messianic visions, both of whom view it as their destiny to revive their country’s lost imperial greatness—and whose imperial ambitions often collide.

Listen to the Power Vertical Podcast Ep. 62 as Brian Whitmore dives into this relationship with CEPA’s Donald N. Jensen and special guest Soner Çağaptay, director of the Turkish Research Program at The Washington Institute and author of the book “Erdoğan’s Empire: Turkey and the Politics of the Middle East.”

Intro Audio Clip: “Message from the President to the Federal Assembly” via the Kremlin under CC BY 4.0.

Photo: “Russian-Turkish negotiations” via the Kremlin under CC BY-SA 4.0.