Drones Will not Liberate Ukraine – but Tanks Will

There are serious dangers in over-interpreting the lessons of the war in Ukraine. 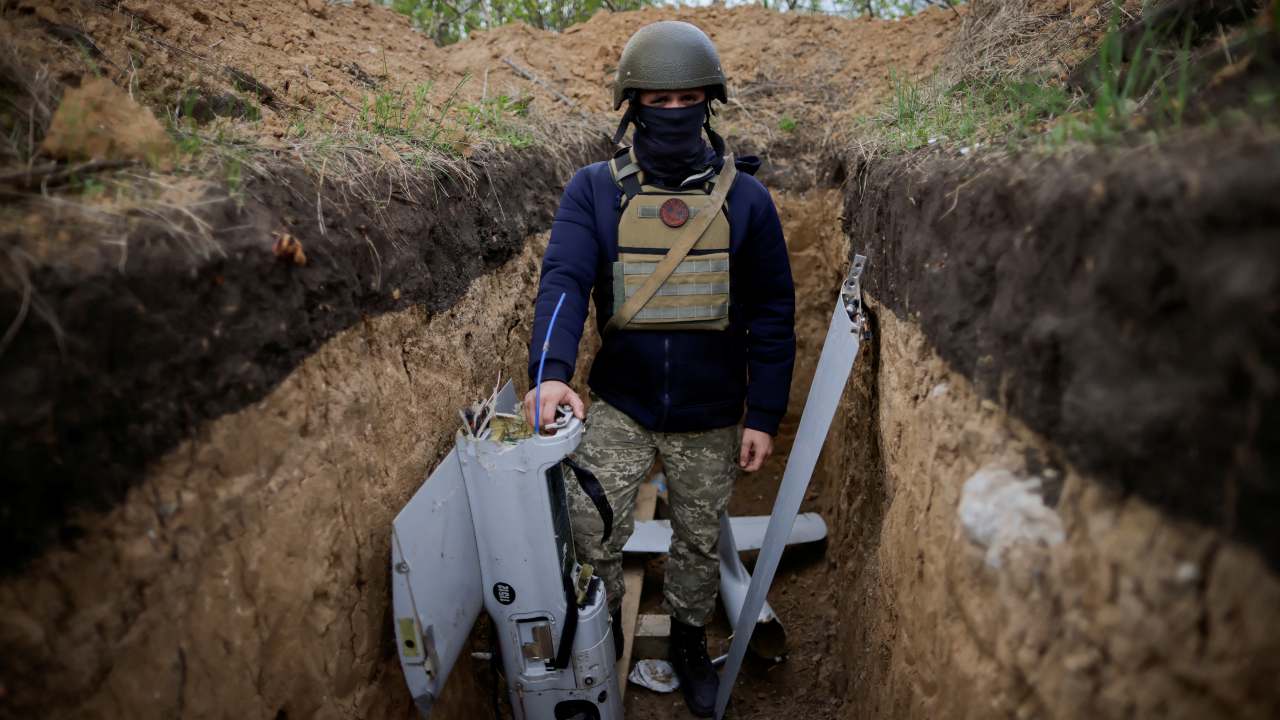 Drones have changed the battlefield, providing additional situation awareness and the ability to strike targets, but their high success rates in the Ukraine war is a result of unique conditions unlikely to be replicated elsewhere.

Unmanned combat aerial vehicles (UCAV) such as the Turkish Bayraktar TB2 have been successful in the Russian-Ukrainian war and helped prevent the Ukrainian defenses from crumbling under the initial Russian onslaught. The absence of short-range air defenses (SHORAD) in the initial months of the war gave drones free range.

But four months later, man-portable air-defense systems (MANPADS) like the US-manufactured Stinger, its Russian counterpart the SA-25, and other air defense systems, are bringing down drones. Air defenses can as easily target larger, slow-moving drones such as TB2 Bayraktar just like other slow moving aerial targets such as helicopters and transport aircraft.

Drones have additional points of vulnerability. They require frequent radio contact with their operator, and most need close-to-constant communication. These comms channels were largely undisturbed in the early stages of the war, but that has not lasted — both sides are increasingly capable of executing electronic warfare attacks to degrade or deny the drone operators’ radio links. The connection between operator and drone is a single point of failure, which, if attacked with electronic warfare, can render the drones useless on the battlefield.

The Russians are trying to imitate the Ukrainian drone success, but they too face the same issue since the Ukrainians are becoming more capable of electronic warfare. Naturally, there will be large patches of the battlefield where electronic warfare is absent (as with this filmed Ukrainian attack on a Russian oil refinery), but this will change over time and as the fight develops.

While there has perhaps been too much enthusiasm for the drone, there have been too many obituaries written for the tank. The success of drone warfare, starting with the war in Nagorno-Karabach in 2020 to today’s war in Ukraine may give the appearance that the military environment has radically changed and that armored vehicles are as much used as armored cavalry

It is true that the Ukraine war has seen enormous losses of Russian tanks (almost 800 confirmed, plus the loss of another 3,500 armored vehicles, though the real number is believed to be far higher) against lighter Ukrainian forces using modern antitank missiles spying out the battlefield with small, cheap commercial drones. Ukrainian forces have used Javelin and the Next generation Light Anti-tank Weapon (NLAW) to destroy hundreds of tanks – most of these crews never had the chance even to react to what eventually killed them.

Such destruction has triggered questions about the relevance of tanks on the modern battlefield. This is not new.

Earlier challenges to tanks led to adaptation. The first time the tank was widely considered obsolete was the Yom-Kippur War of 1973, where Israeli tanks suffered heavily in the initial phases of the war. Israeli counterattacks after the Egyptians crossed into the Sinai peninsula were costly. The Soviets had provided the Egyptians with wire-guided AT-3 Sagger antitank missiles that could strike an armored target up to 3km (2 miles.) The AT-3 missile itself was no surprise for Israel or NATO. Designed and in Soviet service since the early 1960s, it was well-known to foreign observers, but it wasn’t until 1973 that it was employed at large scale in wartime. Armies adapted with increased integration between artillery, infantry, and armor.

The second challenge to the tank’s relevance came in the late-1970s and early 1980s when NATO needed a response to the huge tank armies of the Warsaw Pact armies. The answer was the tube-launched, optically tracked, wire-guided (TOW) antitank missile, which was considered the ultimate tank killer and was widely distributed among NATO forces and on different platforms. Attack helicopters and the Fairchild Republic A-10 Warthog airplane were designed to strike Soviet armored echelons from above.

Finally, in operation Desert Storm in 1991, the coalition to liberate Kuwait tested these antitank concepts’ lethality by unleashing them on Saddam Hussein’s forces. The Iraqis lost more than 3,000 tanks and 2,500 armored vehicles in a limited number of days. The absolute annihilation of the retreating Iraqi armored forces along Highway 80 is a grim reminder of the destructive consequences.

In an effort to offset these threats, tanks were equipped with “active armor,” comprising plates of explosive material that degrade the impact from the kinetic impact of a shape charge explosive warhead. Many forces also introduced short-range air defense units to be integrated with their armored units to defend against ground attack aircraft and helicopters.

The high losses of Russian tanks in Ukraine are partly related to the flawed design of the Soviet T-72 design where the crew sits surrounded by 22 rounds of ammunition to feed its automatic loader. The T-72 was designed for another battlefield; during the Cold War, it was intended to charge westward towards the Rhine and maximize forward firepower with little concern for crew survivability or protection from being hit from the side.

Russian tactics have also been very strange. Deprived of covering infantry or access to artillery support, unsupported tanks became almost an invitation for Ukrainian troops to inflict maximum damage in the early stages of the war. The Russians have now adjusted their tactics.

Ukrainians of course will face a similar problem in using the same flawed tank design, since it too has T-72s and other Russian models. Yet this actually presents the West with a major opportunity to change the picture on the battlefield. By supplying modern Western tanks offering much higher survivability for the crew and the tank against artillery, and enemy antitank weapons, it could supply Ukraine with the firepower needed to launch a counteroffensive.

Russia is now deploying 50-year-old tanks into the fight from long-term storage, vehicles that only have combat value if used against unsupported infantry.

It hopes to use these obsolete tanks to shore up its defensive positions around Kharkiv and Kherson against a Ukrainian counteroffensive. Any mothballed NATO tank from the 1990s or early 2000s will outperform this Russian armor, and would be devastating against it.

Germany’s blocking of Spain’s desire to provide Leopard 2s is, therefore, a direct threat to the war’s pro-democratic strategic outcome.

A counteroffensive needs protected firepower that can follow the maneuvering units. Tanks fill that role to support mechanized and light infantry in their forward movement. Post-1990, modern Western tanks have improved sensors and targeting systems, the later versions with laser range finders and thermal imaging. Electronic warfare cannot intercept a tank round; once it is on its way, the round will continue until it hits (anti-projectile systems, like Israel’s Trophy, are now appearing but remain rare.)

Properly used, tanks remain a key system on the frontlines. Advanced armored vehicles (many of which now sit in Western storage facilities) have the power to turn the military tide. The pretense by democratic countries that supplying tanks to Ukraine is escalation, is simply fatuous. It is time to dust them down and send them eastwards.

Jan Kallberg is a Nonresident Senior Fellow with the Transatlantic Defense and Security program at the Center for European Policy Analysis (CEPA). He is a former Research Scientist with the Cyber Operations Research Element (CORE) with the Army Cyber Institute at West Point.