The European Union (EU) continues to push back against Hungary and Poland for flouting democratic standards. 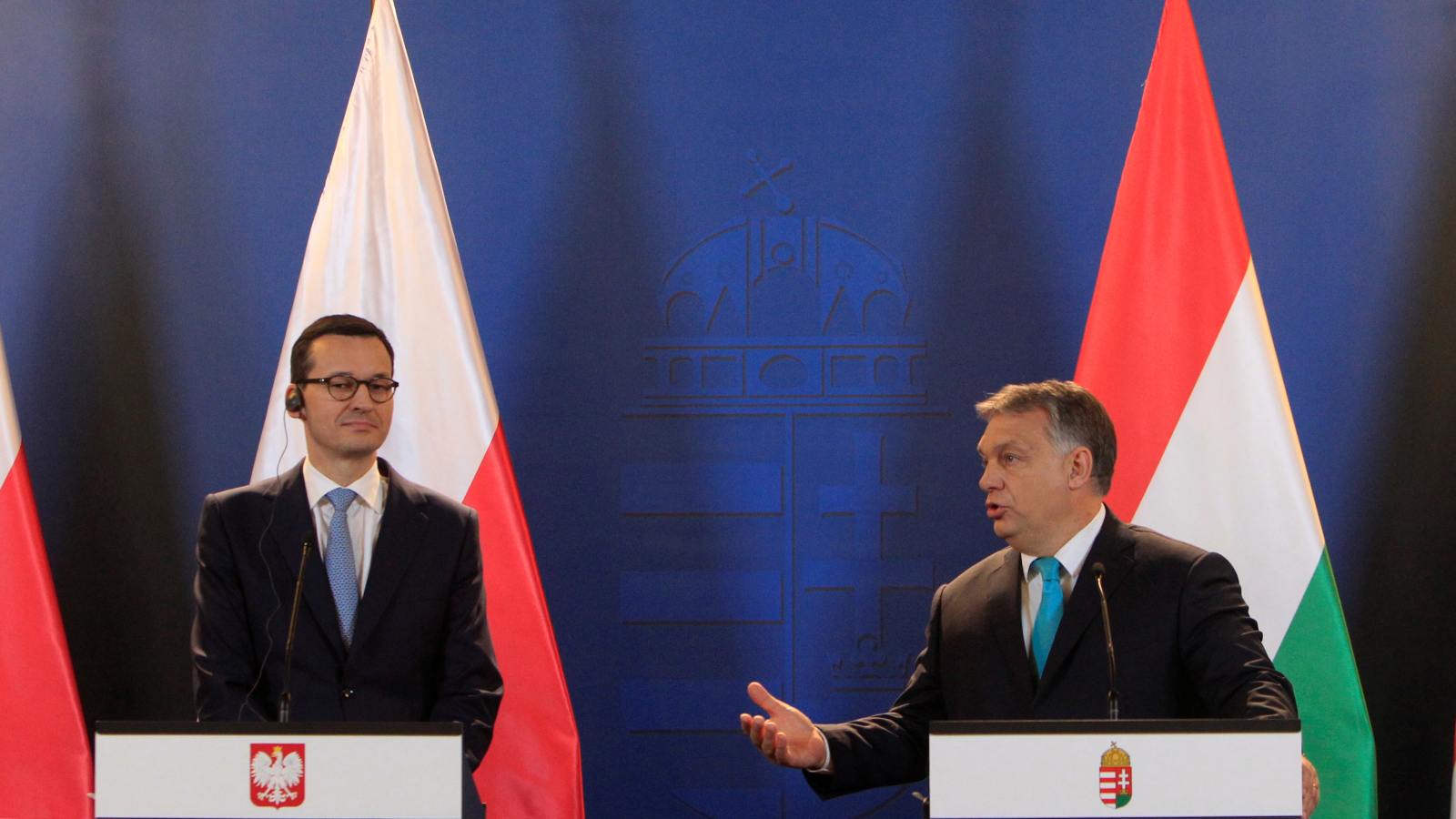 In the past the two countries have come to each other’s defense, framing controversial policies as matters of national sovereignty and rebukes from Brussels as an undue intrusion into domestic affairs. However, recent events suggest their approaches may now be diverging.

Hungary’s Prime Minister Viktor Orbán announced this month that his government will hold a referendum on the country’s anti-LGBT law. The law, whose stated purpose is to combat sex crimes against minors by increasing sentences for pedophiles, bans content that discusses or “popularizes” LGBT issues in literature and educational materials for those under 18. It is widely seen as being discriminatory towards the LGBT community, with critics charging that it conflates homosexuality and pedophilia.

In a video address last week Orbán laid out his proposed referendum — planned for early next year — which will ask Hungarians if they support the “promotion” of content related to sexual orientation to children. The prime minister urged the public to vote “no.” Though the EU has few means of swiftly disciplining member states, the European Commission has introduced two separate legal proceedings against Hungary in response to the law, which it says violates Article 21 of the body’s Charter of Fundamental Rights.

Poland, meanwhile, remains locked in a legal battle with Brussels over the question of whether Polish law takes precedence over EU treaties. On July 14, the country’s Constitutional Tribunal — which critics consider to be politically subservient to the government — mounted a challenge to the supremacy of EU law when it ruled that an order by the European Court of Justice (ECJ) to suspend a chamber created to discipline Polish judges violated the country’s constitution. The Polish government has until August 16 to comply with the court order or face fines.

So, what do these latest actions by Hungary and Poland portend for their relations with the EU? With its somewhat tendentious phrasing, Orbán’s referendum could be construed as an effort to double down on national sovereignty in defiance of criticism from the EU and drive home the proposition that Hungarian affairs ought to be adjudicated by the Hungarian people. By contrast, a senior member of Poland’s ruling party stated recently that the government is undertaking changes to elements of its judicial reform in response to requests from the EU, admitting that the country would “in a sense” be complying with the EU court’s instructions. For his part, Prime Minister Mateusz Morawiecki has acknowledged that the disciplinary chamber “can and should be reviewed,” adding that it “certainly does not meet all expectations, including mine and those of our political grouping.”

It is early to be sure, but Poland appears more willing to cede ground than its Hungarian counterpart, perhaps due to higher levels of support for EU membership in Poland. The Polish government may be backing away from its earlier stance, potentially avoiding the oft-invoked specter of a legal “Polexit.”