There are reasons to be fearful for America’s friends but the threat of U.S. disengagement is being exaggerated, even in the Caucasus. 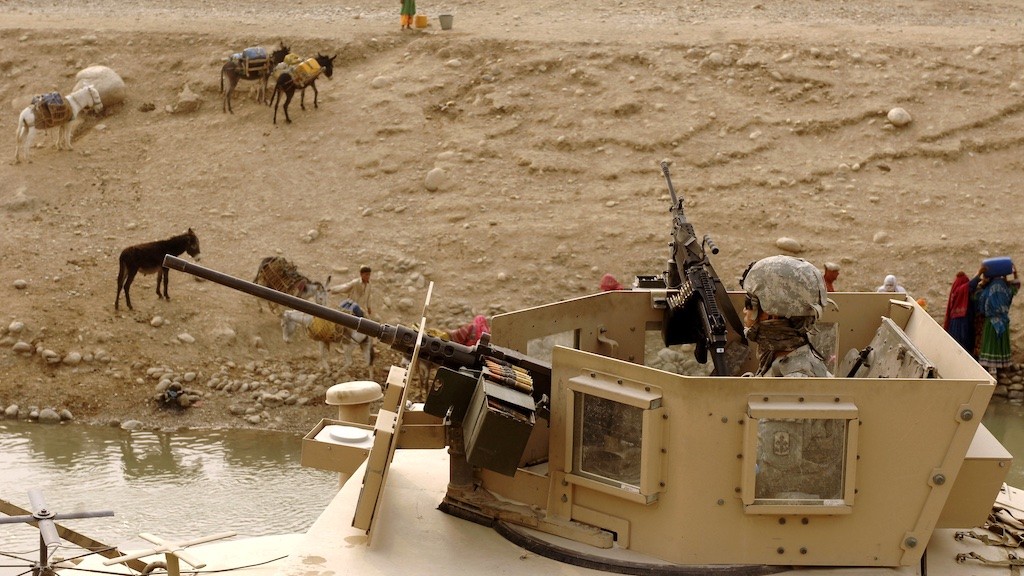 Image: A U.S. Army Soldier from the Arizona Army National Guard provides site security from the turret of a humvee during a canal assessment mission with the Nangarhar Provincial Reconstruction Team in the Nangarhar province of Afghanistan. Credit: U.S. Air Force photo by Staff Sgt. Joshua T. Jasper.

According to America’s gleeful enemies, the hasty withdrawal from Afghanistan is merely a foretaste of the world to come, a place where smaller countries seeking to join a Western community of prosperity and political freedom are instead damned to disappointment and defenselessness.

For regions from the Baltic to the Black and Caspian seas, as well as the great states and island nations of East Asia, where America’s security guarantees play a crucial role in containing revisionist powers, it is a time to take stock and consider what has changed. For Russia and China, this clearly seems like a happy time.

Yet despite the often-heartrending television coverage, America’s weaknesses have been exaggerated. There are certainly lessons for U.S. allies to draw from the Afghan exit, but the Russo-Chinese message of imperial decline, the time-honored theme of panicked legions returning to Rome, is too simplistic. Something more subtle is happening.

The vulnerable flanks vary in importance to the U.S.’s geopolitical calculus. True, Georgia and Ukraine are less likely to receive decisive military support from the U.S. than, for example, Japan or South Korea, but the space from the Baltic to the South Caucasus is nevertheless critical to the West. Abandoning it would be tantamount to inviting Russian military and coercive economic action against the neighbors.

The political elites in Ukraine and Georgia are more focused on America’s long-term posture. After all, the withdrawal from Afghanistan fits into the overall recalibration of U.S. foreign policy away from parts of western Asia and eastern Europe to the Indo-Pacific.

This certainly opens up the space for China’s greater engagement in Europe’s periphery. China is a natural candidate because of the willingness of the communist regime to invest in strategic infrastructure in geopolitically important regions. Both Georgia and Ukraine have long seashores on the Black Sea which makes them attractive to China’s communist grand planners. Both also seek investment for their decrepit railway, ports, and road infrastructure. The unsuccessful Chinese bid in 2016 to build the Anaklia deep sea port was just an example of the likely future Chinese involvement in the region.

All in all, against the widely circulated view that China will remain a minor player in the South Caucasus, everything points to the conclusion that it is just getting started. The Black Sea and the South Caucasus are a part of the trade corridor from Central Asia to the EU. Therefore, Chinese efforts in the Black Sea cannot be viewed in separation from the developments in Central Asia and the Caspian Sea.

Changes are also taking place in Ukraine and Georgia as both countries seek alternative options to their geopolitical fixation on the West. Take, for example, Ukraine. On June 30, China and Ukraine signed an agreement proposing a revamp of the country’s decrepit infrastructure. Coming at the same time that the U.S. prioritized Germany by stepping away from the dispute over the Nord Stream 2 pipeline, despite longstanding concerns of Ukraine and other CEE nations, this may foreshadow a future in which Central and East European states recognize a growing unwillingness in the West to advance their aspirations and act accordingly.

In Georgia, similar processes are at play. Over the past several month’s tensions with the European Union (EU) have grown in intensity. In the latest move, the ruling Georgian Dream party rejected a €75m euro credit. Like Ukraine, Georgia is being encouraged to limit its dependence on the West.

This, however, does not mean Georgia and Ukraine are reneging on their pro-Western aspirations. Rather, both are making a more realistic assessment. And realism in this case means a multi-vector foreign policy slowly emerging as an order of the things to come. It will provide space for maneuverability and opportunities elsewhere. The Western card no longer provides sufficient financial or security incentives for Georgia and Ukraine to stand unwaveringly against Russian influence. And while Iran, Turkey, India, and others provide some alternative options, none are as powerful and attractive as China.

Even so, even at this difficult time, there are positives. Ukraine and the U.S. have just signed an intergovernmental agreement on a strategic defense framework and a $60m security assistance package including Javelin anti-tank missiles. In Georgia, the depth of the relationship with the U.S. is wide-ranging and is likely to remain so.

Both Georgia and Ukraine rely on the U.S. since it is the only viable defense against Russia. And America’s shift of attention from eastern Europe to the Indo-Pacific region is not complete. The U.S. might be less hawkish when it comes to further NATO expansion to the Black Sea region and some level of rapprochement with Russia could be sought. But extrapolating America’s failures in Afghanistan onto other regions is self-defeating, and most importantly, analytically incorrect.