Darkness on the Dniester

Worries that Russia’s war of aggression may spread to Moldova are growing. 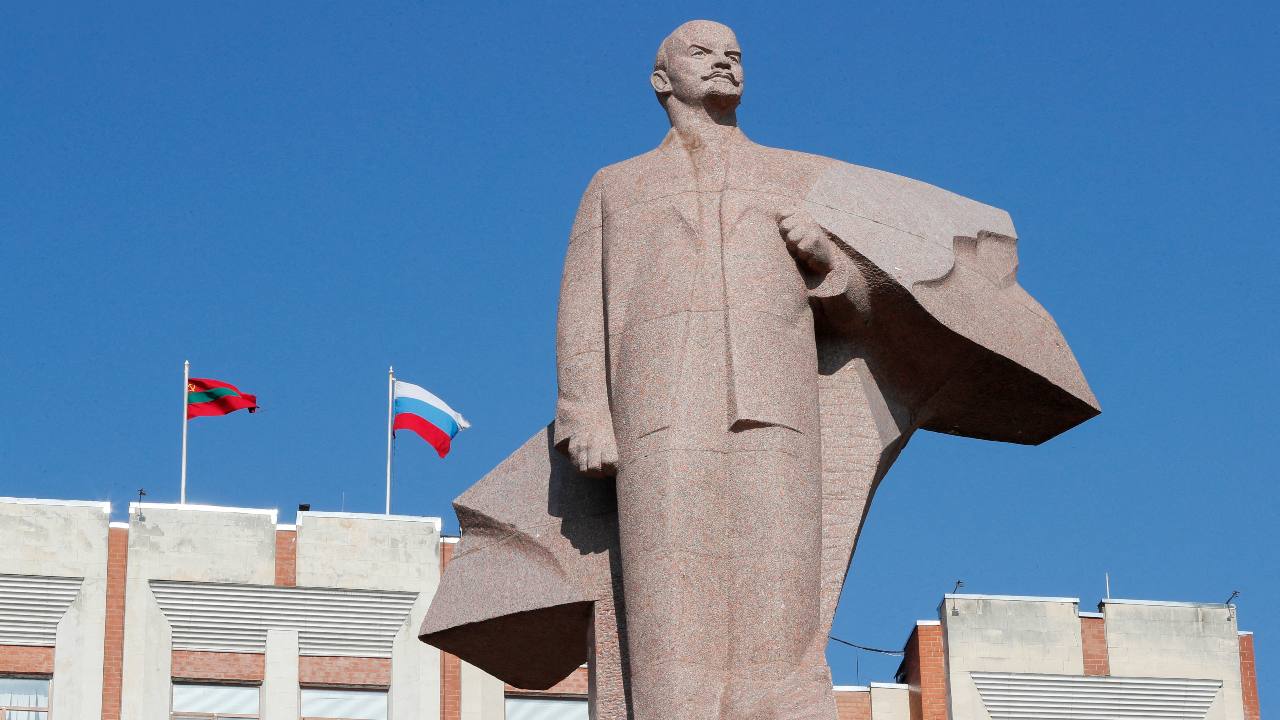 Russia’s borderlands are characterized by parcels of land inhabited by Russian speakers who the Kremlin claims a right to rule, and who can be used to justify military intervention.

The 250 mile long sliver of land on the east bank of the River Dniester known as Transnistria (or Pridnestrovie) is one such. The mood there, and in the country it belongs to, Moldova, is beginning to darken.

Those familiar with past Russian tactics suggested that the Kremlin was laying the ground for intervention. Those fears were heightened when Ukrainian intelligence published what appeared to be a Transnistrian newspaper dated May 2 that include references to attacks that have not yet occurred, and which appealed for Russian intervention.

Transnistria, occupied by Russia since 1992 and bordering Ukraine at its eastern edge, is landlocked but critical. Close to the important port city of Odesa, it hovers above the road and rail links connecting southwestern Ukraine to NATO member, Romania. Russia has attacked the main transportation artery, at the Zakota Drawbridge, three times with missile strikes; the main alternative connection runs through southern Moldova and is very close to Transnistria. You do not need an advanced qualification in military strategy to understand the importance of the Ukrainian struggle for these resupply routes.

Trouble has been brewing for the past year, since Kremlin loyalist, President Igor Dodon, lost his November 2020 re-election bid and was replaced by the pro-Western candidate, Maia Sandu, who campaigned for closer ties to Europe and to root out corruption. Predictably, months later, the Kremlin propaganda machine began an escalating campaign of threats and disinformation campaign for President Sandu and her country. But events took a more serious turn when Russia moved from propaganda to open discussion of military action in recent weeks, an eerily similar pattern to what was seen before Putin ordered his all-out war in Ukraine.

Russia began with pledges to “protect Russian speakers and uproot Nazism” (there is no sign of any attacks or persecution of the half million or so people in Transnistria from Moldova’s three million-strong population, or anyone else.) There was talk — as in Georgia and of course Ukraine — of possible decisions to recognize Transnistria as Russian territory, reports of the arrival of Wagner Group mercenaries, and a set of probable false flag attacks inside Transnistria (see above). What took several months in Ukraine is occurring at lightning speed in Transnistria.

The General Staff of Ukraine’s Armed Forces warned in early April that Russia is redeploying troops inside occupied Moldovan territory to demonstrate its readiness to attack Ukraine and for potential provocations on the Ukrainian border. On April 22 came a statement from Russia’s Defense Ministry that the aim of its “special operation” in Ukraine would be “to establish complete control over the Donbas and southern Ukraine” right up to the border with illegally occupied Moldova (Transnistria), “where there are also facts of oppression of the Russian-speaking population.” (Transnistria is 30% Russian-speaking by the breakaway territory’s own count – Moldovans and Ukrainians make up most of the rest — and a third of its population has either emigrated or died since 1989.)

The following day, Deputy Chairman of the State Duma Committee on Commonwealth of Independent States (CIS) Affairs, Viktor Vodolatsky, announced that Russian authorities may recognize the independence of Transnistria “in the near future.” He said: “Transnistria actually considers itself a part of Russia and wants to repeat the fate of South Ossetia [part of Georgia], the Donetsk and Luhansk republics.” The Kremlin-loyalist Transnistrian authorities then announced their eagerness to join Russia.

Vodolatsky added a smattering of unproven accusations at Moldova, stating that President Sandu and “her Romanian curators” want to implement the Ukrainian scenario in Transnistria to unleash a war. Vodolatsky didn’t stop there, terming the Moldovan leader a Nazi, for banning St. George ribbons, a Russian military symbol, in her country, and said that Russia needs to “uproot Nazism” in Moldova.

A disinformation campaign began on social media, followed shortly after by unsubstantiated allegations that Romanian troops had infiltrated Moldova’s tiny 6,000-strong army, donned its uniforms, and planned to start a war. This “insider information” was revealed by Igor Girkin, aka Igor Strelkov, a Russian intelligence officer, who played a key role in the annexation of Crimea and occupation operations in Donbas.

Less than 24 hours later, the explosions began in Transnistria. Russia and the Transnistrian puppet authorities immediately blamed Ukraine and the West for the attacks.

The number of allegations multiplied — at another potential hotspot inside Transnistria, Kolbasna, shots were fired after drones flew over the area. The Transnistrian interior ministry blamed Ukraine for the attack. Kolbasna is notable as a weapons dump containing a stockpile of some 20,000 tons of munitions.

The drift of the campaign is clear enough. Moldova is very firmly in the Kremlin’s sights.

Moldova, like Ukraine, is neither an EU nor a NATO member, but Romania is. If Russia chooses to broaden the war, it will be nipping at NATO’s heels, almost daring an alliance response by acting against the largely Romanian-speaking country.

None of this indicates that Russian military action is imminent — Transnistria is surrounded by Moldova and Ukraine and would be a difficult place for the Kremlin’s forces to reach. It may be that Russian actions are shadow boxing designed to keep Ukraine and the West off-balance.

But two things are very clear. The Kremlin’s gimlet eye is focused on another poorly defended state just outside the West’s security umbrella; the second is that many Transnistrians aren’t exactly happy at events and will not wait around to find out what happens next. Thousands have left the country as Russia seeks to enlist men of military age.