Asked to contribute an op-ed to the al-Qaeda publication Inspire, anyone in public life would decline. It would be career suicide to cooperate in any way with a propaganda outlet of a terrorist group famed for its cruelty and bent on destroying modern civilized life. The Russian regime is not a nihilistic terrorist cult. But it […] 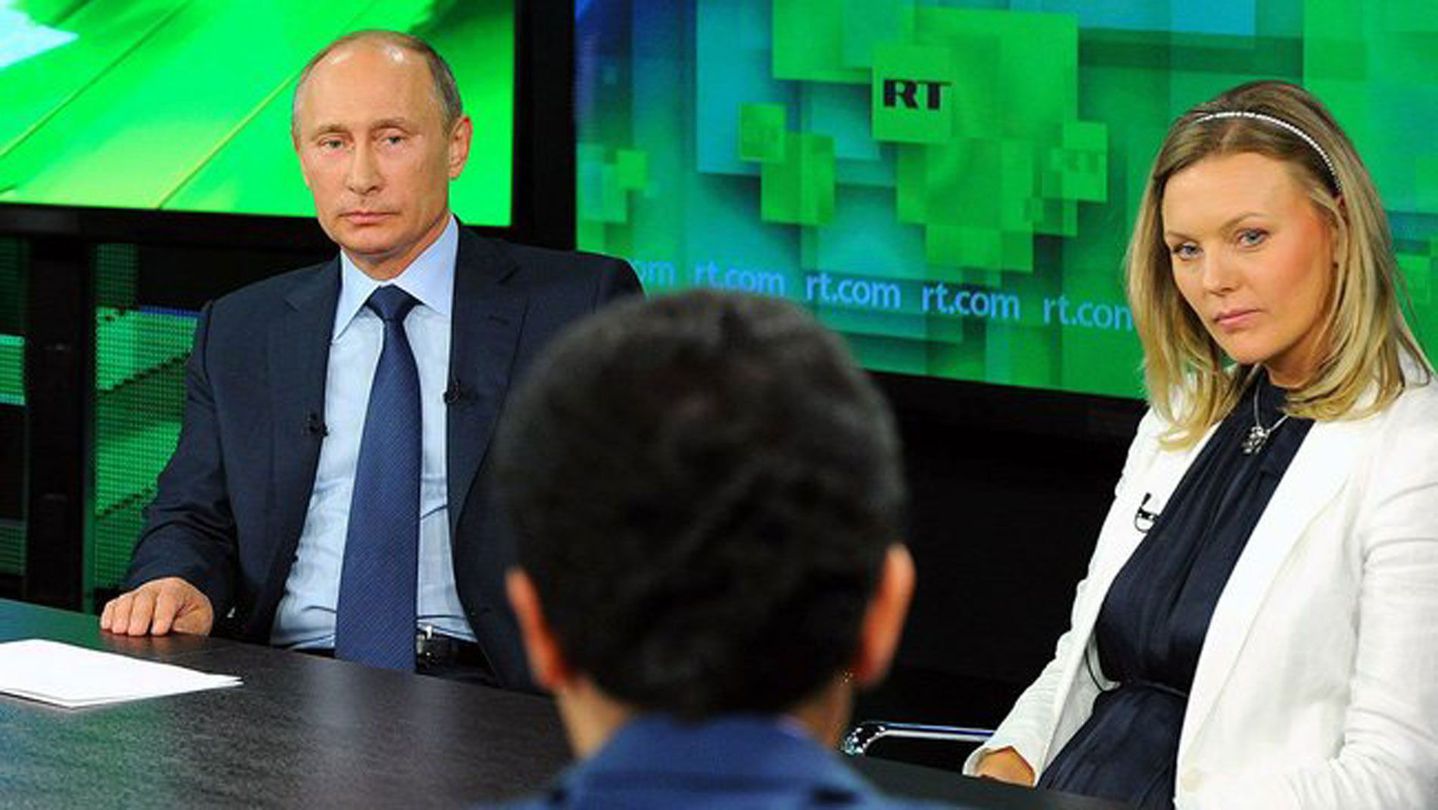 Asked to contribute an op-ed to the al-Qaeda publication Inspire, anyone in public life would decline. It would be career suicide to cooperate in any way with a propaganda outlet of a terrorist group famed for its cruelty and bent on destroying modern civilized life.

The Russian regime is not a nihilistic terrorist cult. But it is still a serious, dangerous adversary. It is fighting a war in eastern Ukraine and occupies bits of other countries’ territory. It wages political warfare against the West, trying to divide our societies, weaken our alliances, and subvert our decision-making. That critique, incidentally, once seen as a fringe view of old cold warriors, is now pretty much the consensus across the Western world.

Yet many respectable academics, authors, journalists, and politicians see nothing wrong in accepting invitations from RT, the Kremlin’s $300 million-a-year propaganda outlet. Even if the audiences are slender, the appearance fees are not.

I am campaigning to discourage people from doing so. British MP Tom Brake of the opposition Liberal Democrats is just one of my allies; he argued last week in Parliament for a boycott of RT and its sister outfit, Sputnik.

In response, several arguments are made. One is fairness: if you criticize RT, for example, you should be willing to go on its programs to explain why. Another is detachment: public figures appear on lots of channels without endorsing everything they do, and much of RT’s programming is unremarkable, shouty, lightweight tabloid journalism. A third is that appearing is a chance to counter-attack: on the live programs it is possible to make tough anti-Kremlin points. If no critics ever appear on the channel, the Russian regime’s narrative goes unchallenged. RT’s own argument rests on free speech. If we start deciding who is allowed to broadcast, then we are behaving just like the Russian government which we criticize.

None of these arguments holds water. I am not arguing that RT should be banned. Every country has rules governing terrestrial frequencies and cable systems (even the United States strictly polices obscenity and nudity). Other countries have rules, for example about balance and correcting mistakes. If RT flouts these rules, it should face sanctions like any other channel. But it can continue on the internet, or broadcasting by satellite.

Secondly, those who take part in debates on RT may score some minor victories. But they contribute to a much wider defeat by legitimizing the channel. Imagine if every reputable contributor turned down every invitation. RT producers would then have to fill their shows with cranks, extremists, fringe figures, and their own in-house propagandists. The lack of credibility would be instantly apparent. Audiences would shrivel. Advertisers would drift away.

Thirdly, fairness does not mean treating everyone equally. It means treating people according to their merits. RT has forfeited its right to be treated like a real broadcaster because of its persistent and unrepentant bias. It should better be seen as an advertising channel—and for an unpleasant and harmful product. One good indicator of this is that I can find only one instance on the RT website where it has come close to apologizing for a mistake—and that was in 2012. Scrupulous attention to corrections, clarifications, and apologies is the hallmark of proper journalism. It is missing on RT.

In short, those who appear on RT are putting their own egos and self-interest ahead of a much more important cause: protecting the political system which allows them to put forward their diverse and sometimes mistaken opinions. If they truly want to challenge Kremlin propaganda, we look forward to hearing from them.