‘Comrade Hitler’ and Other Russian Fantasies

For over a decade, Russian society has been bombarded with hardcore, revanchist propaganda. The West did not take note. 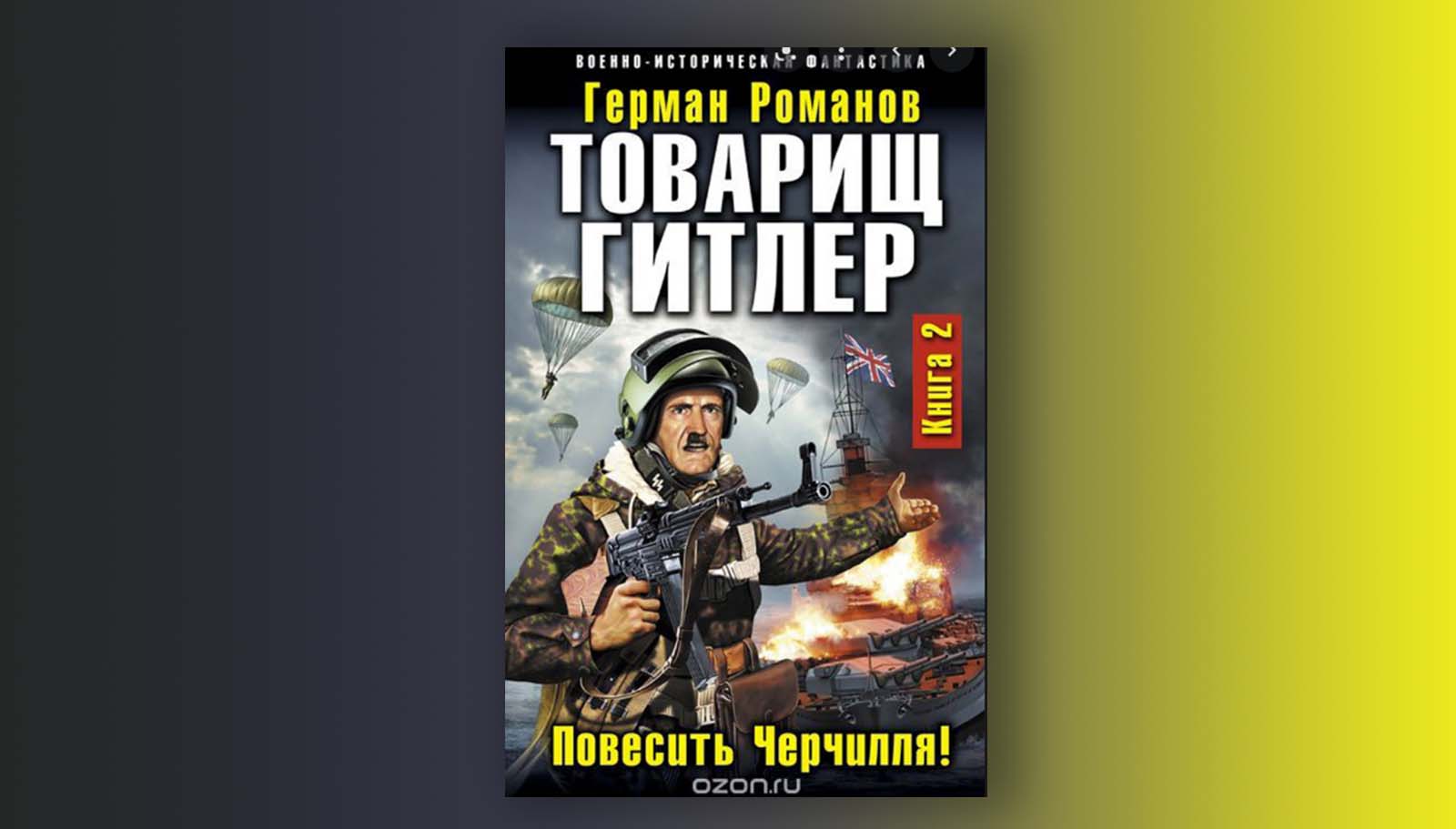 His commanding officer, a young second or first lieutenant, is not much older. With the exception of maybe a few months, he has also lived his whole life under Putin’s reign. If both started to read pulp fiction at 15, a standard age for such reading, they have been caught by a perfect storm, because from 2014 — which marked the first Russian invasion of Ukraine — Russia’s “battle fantastic” has been underway.

“In the not so far future, the Kyiv junta follows orders from its US masters and starts a genocide of Russians in Southeast of Ukraine,” according to Ukraine in Blood, a work of fiction published in 2015. “Novorossiya is dying in a blood bath, but resists. Nazi murderers cannot win, so they call NATO for help. The fight is too unequal, so Russia remains the only hope. Only Russia can stop Banderite genocide.”

The book forms part of a series called Battlefield Ukraine, which includes Ukrainian Hell: It is our war!, Ukrainian Front: Red Stars over Maidan, Battlefield Ukraine: Broken Trident“ and Ukraine Aflame. A typical cover depicts victorious Russian troops, defeated and cowardly Ukrainian nationalists, and fearsome but destroyed US jets. The message is plain — this will be a bloody, but easy war. The message was loud and available in any bookstore. The authors and distributors hoped to plant a seed in the 15-years old boy that would flower into a 20-year-old soldier.

Not that the propaganda campaign in Russian bookstores was ever hidden. It has always stayed in plain sight. The mood switch to total war preparation on the Russian books market occurred in the early 2010s, as the wave of Neo-Stalinist books, promoting dictatorship as “an effective management tool”, flooded the market. How else to interpret a book on Stalin’s torture connoisseur and child rapist with the ludicrous title, [Lavrenty] Beria: Best manager of the 20th Century”. Other collector’s items included, To be proud, not to be ashamed! The truth about Stalin Era, The Stalinist’s Handbook, and Stalinist ‘repression’: a Great XXth Century Lie were published en masse. In protest, dozens of writers and journalists founded the “Stop publishing Stalinist books” initiative. To no avail.

These books are troubling in terms of form and delivery. The popadantsy (or time travel) genre, is something altogether darker. Popadantsy is like a therapy session – but one designed to make the psychosis worse. It opens a door to the darkest dreams of a nation. It is not pretty.

Literally meaning “those who got there,” the idea is not new. Mark Twain feathered his brilliant A Connecticut Yankee in King Arthur’s Court, describing a modern person entering the Middle Ages. Edmond Hamilton went further and sent an insurance company clerk into the body of a galactic empire prince. But in the 2010s, Russian propaganda upgraded this genre having added the key element of historical resentment: rather than look for his own identity, the popadantsy protagonist takes the opportunity to re-write history and thereby elevate Russia to the pedestal of global greatness where it truly belongs.

Such works feed on the sense that Russia since the early Middle Ages has had its triumphs stolen. It is perhaps not a surprise that in popadantsy books, modern Russians take the opportunity to punish each of their competitors. So in London must be destroyed, Russian airborne troops storm the city in the 19th century.  In Russian America Inc., Russia eliminates the British Empire and establishes its own American Colonies. And in Tsar From the Future, the Russian revolution is prevented and the Russians occupy Istanbul using automatic grenade launchers.

These books open a door to the darkest dreams of a nation. In Comrade Führer, and Comrade Hitler — both books showing Adolf Hitler partly in Russian airborne uniform attacking London and burning Western tanks — a Russian author fantasy about a cordial alliance between Stalin and Hitler. A modern Russian wakes up in the mind of Adolf Hitler, becomes an ally of Joseph Stalin, and helps the Soviets to defeat British Empire and the US. Having executed Winston Churchill “for war crimes”, he helps develop a Soviet nuclear device, and orders the Wehrmacht “to fight together with the Red Army.”

Popular books, television, and movies do not of course prove that Putin planned his current moves long in advance; they just show that the Kremlin knew it would need legions of loyal followers viewing the outside world — especially Ukraine and the US — as hostile entities that one day deserved to be confronted.

That day has now dawned.

Sergej Sumlenny is a German political expert with a particular focus on security and energy policy in Russia and Eastern Europe. From 2015 to 2021, he was an office director for Ukraine and Belarus at the German Heinrich-Böll Foundation. He holds a doctoral degree in political science.