Wars have consequences. The invasion of Ukraine means that goods shipments now have to skirt Russia, offering possibilities to nations along the so-called Middle Corridor. 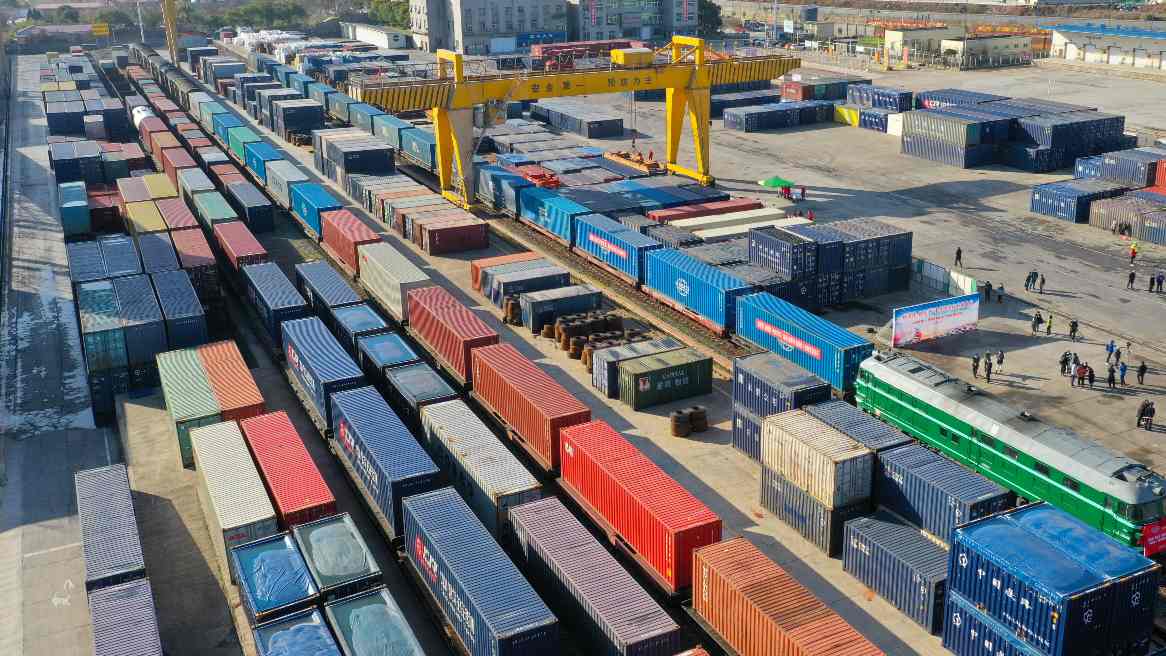 Before Russia launched its war of aggression, its roads and railways served as major arteries for trade between China and the European Union (EU). But the conflict, and widespread Western sanctions, have upended Eurasian connectivity, possibly to the benefit of its neighbors.

The Middle Corridor has some drawbacks which may prove problematic, but for now, it presents an opportunity. Starting in Turkey, it reaches Central Asia via the road and railway infrastructure of the South Caucasus and the improving ferry-crossing capabilities in the Caspian Sea.

The route is the shortest from western China to eastern Europe. But it nevertheless has a number of obstacles.

The first is its multimodal nature traversing both land and sea. And while the northern route consisted almost entirely of one country – Russia — the Middle Corridor composes at least four.

The second is the lack of necessary infrastructure. Cross-Caspian transshipment is currently inadequate. Port infrastructure on the Georgian side of the Black Sea is likewise in serious need of both upgrade and expansion. Some minor steps were made in this direction with the Poti and Batumi terminal upgrades, but the ambition to become a major artery requires a deep seaport. The Anaklia port construction failed due to murky internal Georgian politics and possible Russian meddling, underlining the Kremlin’s fear of how its deep-water, Black Sea port of Novorossiysk could be undermined. With no concrete plans for the near future and intense political infighting among Georgian parties, short-term port improvements seem unlikely.

There is also a wider geopolitical problem. Russia is currently preoccupied with Ukraine which constrains its ability to forestall the emergence of the Middle Corridor, but that may change. Already keenly aware that neighboring countries (most notably Kazakhstan) are using the opportunity to create some breathing space, a refocused Russia will highly likely be hostile towards a new corridor taking traffic and revenue.

Yet there are positive signs for the route. In July, the European Bank for Reconstruction and Development (EBRD) pledged a €100m ($100m) investment in Kazakh railways. Moreover, Georgia has been unusually busy on the project, with Prime Minister Irakli Garibashvili making a series of visits to Central Asian states. On July 26-27 he was in Kazakhstan where he held intensive discussions around the Middle Corridor, or Trans-Caspian International Route (TITR), as it is also known. It is notable that bilateral trade between the two states in the first half of 2022 increased almost fivefold to $147.7 m. The growth is very likely an indication of goods finding new routes to market.

The Georgian leader also visited Turkmenistan and Uzbekistan, where transportation routes were also discussed. In Tashkent, the two sides signed an agreement on the use of existing transport infrastructure. Georgia has reasons to be active diplomatically — in the first half of this year, Georgian Railway earned $70 million from freight, which is the highest figure in years.

This fits into various projections where cargo shipments from Central Asia to the Black Sea could increase by 600% growth in comparison with the previous year.

In March, Georgia joined Turkey, Kazakhstan, and Azerbaijan in hammering out a common declaration that formulated the countries’ approach to the development of the Middle Corridor.

The effects of the Russian invasion are reverberating across the entire region and nudged nearly defunct transportation projects into new life. One such is the China-Kyrgyzstan-Uzbekistan (CKU) railway, which has been discussed for decades without progress. Yet with the route through Russia now closed, there are significant shifts in how the costly and difficult-to-implement project might be realized. Uzbekistan recently announced that the agreement on the railway will soon be signed. Uzbek leaders are also eyeing the possibilities of using South Caucasus infrastructures such as the existing Baku-Tbilisi-Kars railway, or the suggested route through Armenia connecting Azerbaijan proper with its exclave of Nakhchivan.

There was further positive news on the CKU railway from Kyrgyzstan, whose president said that he had secured the agreement of Russia to develop the route. The Kremlin has been careful not to oppose the project openly, but it was well known that it had worked to capitalize on Kyrgyz anti-Chinese sentiment, and more broadly to foster economic dependence on Russia.

Other bigger players are also embracing the Middle Corridor. Turkey is heavily involved. In early August, it joined Azerbaijan, and Uzbekistan to establish a new format that will respond to new transportation demands following February’s upheaval. In May, Erdogan hosted his Kazakh colleague and both explicitly supported the route.

Europe is also keen to encourage development. In July, the European Union (EU) and Azerbaijan signed an important agreement to more than double gas deliveries. While most attention focused on this major development, European diplomats also mentioned investments of some $2bn to help remodel Baku port into a transregional hub between Central Asia and the Black Sea. This follows European companies’ growing interest in the route. For instance, in April, the Maersk shipping line shifted its transit route from Russia to the Middle Corridor. A similar move was made by Nurminen Logistics of Finland.

Yet without the biggest Eurasian economy, China, the Middle Corridor will struggle. China is certainly interested, though it has not been as vocal as others in supporting the route. Political moves however show it is willing to develop the corridor as an alternative.

The Middle Corridor is after all the shortest distance and while the belt and road initiative does not officially cover the South Caucasus, and is anyway experiencing expansion problems, China is slowly adapting. The CKU railway is one case.

Nevertheless, it remains to be seen how far China would be willing to go. It may not want to anger Russia and has generally deferred to Russian geopolitical interests in the South Caucasus.

Yet China needs to get its goods to market and the Russian route is currently unavailable, as it may be for some time to come. That means most countries have an interest in developing a new route as an alternative for EU-China trade. The Middle Corridor is not an easy option, but it may turn out to be the only plausible land route.