China’s Failures in CEE Open the Door for the U.S.

Central and Eastern Europe, once a frontier of China’s influence in the West, has begun to turn a cold shoulder to expansionism. 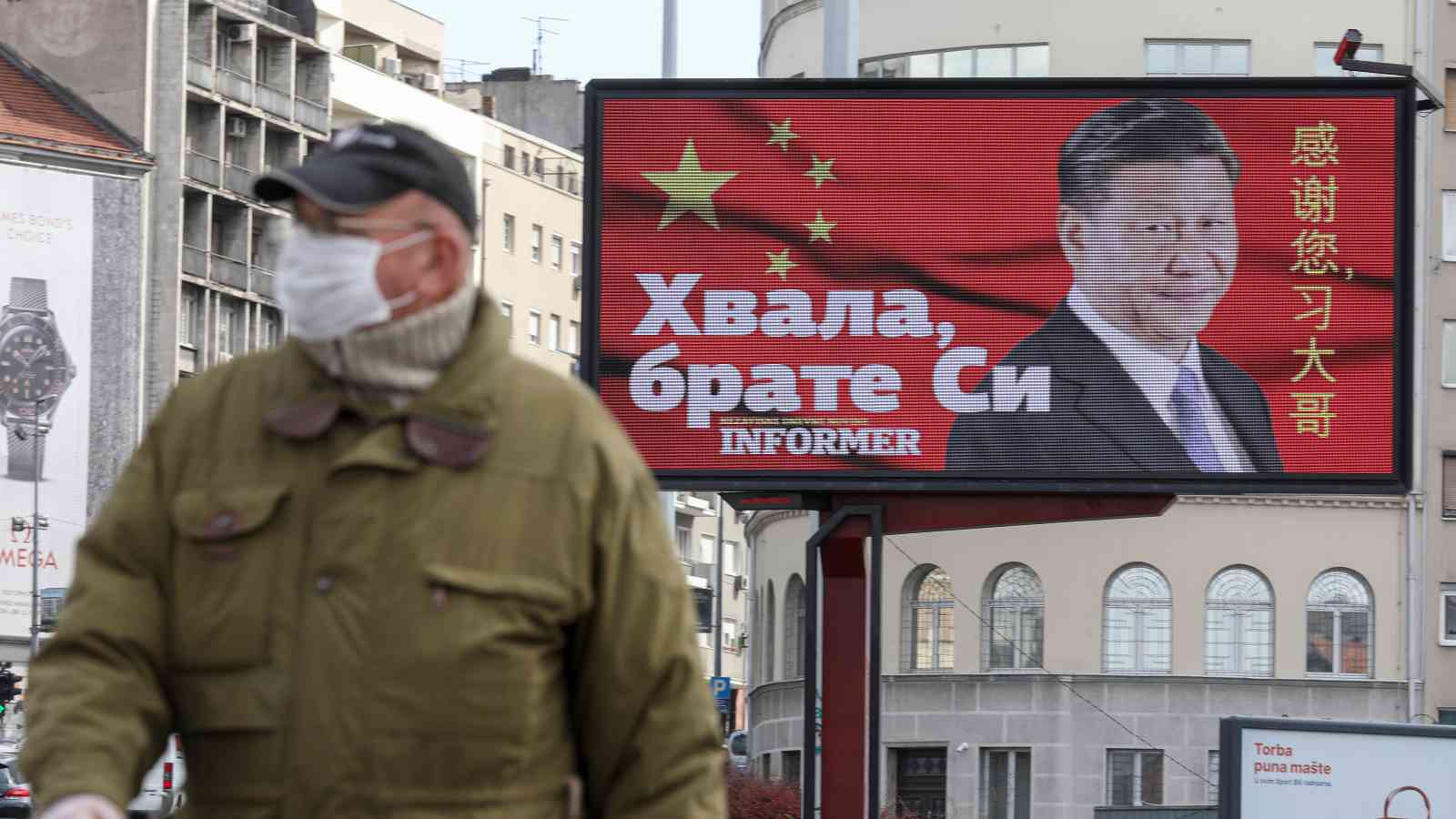 For the Biden administration, bent on curbing China’s clout abroad, this presents a key opportunity to re-engage CEE allies on shared foreign policy and security goals.

After more than 10 years of cooperation on trade and investment through China’s 17+1 Initiative, relations have begun to sour. While the format garnered enthusiasm from participating CEE countries at the outset, China’s failure to fulfill its promises has left many of these countries disappointed. The CEE countries receive very little Chinese investment compared to their West European counterparts, and 75% of this investment is concentrated in the Visegrad Four countries — Poland, the Czech Republic, Slovakia, and Hungary. Many ambitious infrastructure projects launched by Chinese funds either stalled at construction or failed altogether. For example, Hungary’s once exalted Budapest-Belgrade railway is a long way from completion due to a myriad of national and EU regulatory constraints.

One of the few tangible outcomes of Chinese engagement in the region has been vaccine deliveries (although China still refuses to allow foreign scientists to examine its clinical data.)

Quite apart from over-promising and under-delivering on mooted deals, some CEE nations have felt a growing ideological or political unease. China’s suppression of political freedom in Hong Kong, its increasingly militaristic threats toward Taiwan, disinformation around the coronavirus, and human rights violations towards the Uyghur minority have struck too close to home for former communist states with deep scars and recent memories of their struggles against communist oppression.

What’s more, building pressure from the United States and European Union (EU) about the security implications of engaging with China has encouraged some regional leaders to push back. Ahead of the annual 17+1 summit in February, six member countries decided not to send their heads of state, opting for lower-ranking ministers instead. Lithuania announced plans to open a trade office in Taiwan, which provoked harsh criticism from Beijing and Romania called off a major deal to construct the Cernavoda nuclear reactors with a state-owned Chinese company. It’s clear that countries across the region have learned a lesson about China’s largely empty promises.

For the Biden administration, which has made countering China’s sway abroad a top priority, Central and Eastern Europe must feature high on the U.S. foreign policy agenda. A key arena of competition between the U.S., China, and Russia, the region is a place where targeted U.S. engagement can make a strategic impact. Despite other pressing policy priorities, the Biden team should seize this moment of disenchantment with Beijing by engaging with CEE on three mutual foreign policy and security goals.

First, the U.S. should work with CEE countries to promote democracy and strengthen shared values to counter China’s revisionist ambitions. This is a key goal at the center of Biden’s foreign policy. While China has targeted political leaders less concerned with democracy and rule of law, such as in Hungary, the U.S. can use dissatisfaction with Beijing as an opportunity to reengage across the region on both political and economic issues. The Biden team can also work with other countries heavily reliant on the U.S. for their security, like Estonia, Latvia, Lithuania, Romania, and Poland, both to bolster democratic fundamentals in a region where illiberalism sometimes threatens. Biden’s personal relationships with the Western Balkans could facilitate enhanced cooperation with Serbia and others to counter China’s firm grasp on the region. The U.S. must be a visible and intentional actor in CEE to counteract democratic backsliding that has proven strategically advantageous for China.

Second, the U.S. should work with CEE to secure critical transport infrastructure in the region. In recent years, under the banner of China’s Belt and Road Initiative (BRI) and 17+1, Chinese companies, often with strong ties to the state, have acquired parts of sensitive pipelines, bridges, and ports including in contested zones of the Mediterranean and the Black Sea. While these purchases may seem outwardly commercial, they could provide China with control of key transport routes that could facilitate a military presence or block NATO forces from using them in a crisis. Providing alternative U.S. and European investment options to CEE countries beguiled by Chinese capital, particularly for critical infrastructure projects, will simultaneously bolster defense, build resilience to foreign malign influence from Russia and China, and secure U.S. strategic interests. The Three Seas Initiative (3SI) serves as an ideal platform for such economic engagement. Building on former Secretary of State Mike Pompeo’s $1 billion investment in 3SI, and current Secretary of State Tony Blinken’s verbal support, the Biden administration should elevate and fully utilize this framework to counter China’s infrastructure incursions in Europe.

Third, the U.S. should work with CEE countries on technology and innovation to strengthen the advantages of the U.S., regional allies, and NATO. Across the region, innovation hubs are taking shape in Bratislava, Cluj, Kharkiv, Vilnius, Brno, and beyond — in part thanks to Chinese strategic investment in local talent. Rather than let regional innovation fall prey to Chinese access and influence, the U.S. should provide alternative investment, R&D partnerships, and support to ensure the Alliance can reap the benefits. Building on the Trump administration’s Clean Network Initiative, in which the U.S. struck agreements with key CEE allies to keep Huawei from building and supplying their 5G networks, the Biden administration should pursue similar arrangements around other strategic technologies, such as artificial intelligence.

CEE is at a critical crossroads between Washington and Beijing. The Biden administration must take advantage of recent Chinese failures to engage with Central and Eastern Europe on a mutually beneficial security and foreign policy agenda. The opportunities are there, but it’s up to the Biden team to seize them.