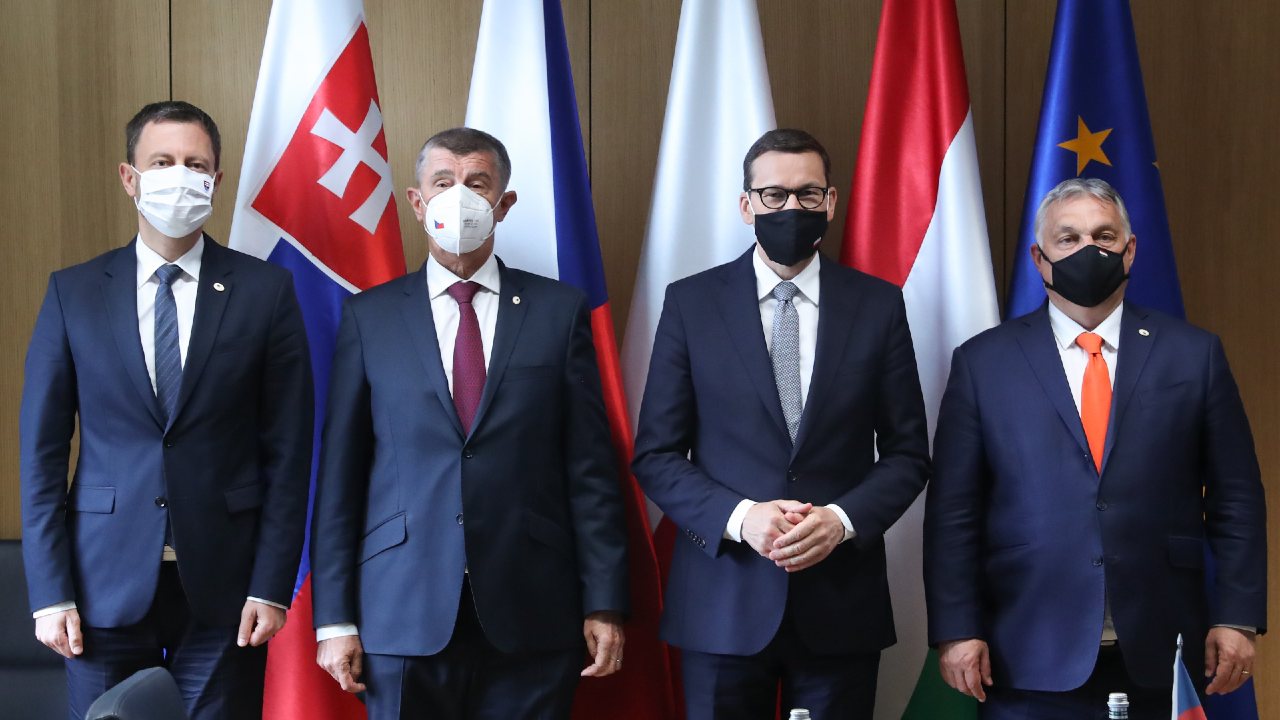 The Czech Republic’s parliamentary elections in October were a setback not just for the country’s mildly illiberal premier, Andrej Babiš, but also for those painting Central Europe as an area where liberal democracy cannot thrive.

Opposition groups of the center-right and center-left ganged up on the billionaire businessman and did sufficiently well to remove him from office. The process has been slowed by non-political problems — President Miloš Zeman remains in intensive care and his aides have prevented details of his condition from becoming public. But the direction of travel is clear: five centrist parties will ultimately form a coalition with 108 of parliament’s 200 seats.

Babiš worked well with Hungary’s illiberal premier Viktor Orbán, who has used more than a decade of power to entrench a very different model of democracy where media and institutions answer to the state. He even campaigned for his Czech counterpart this fall, though without much success (see above.)

Such partnerships, and major policy disputes with the European Union (EU), have fed the argument that there is homogeneity among the four countries; Poland, the Czech Republic, Slovakia, and Hungary. The four (at the time, three) countries established the group in the small Hungarian town of Visegrád in 1991 with an agenda of rejoining Europe after the collapse of communism.

The image of a homogeneous V4 was reinforced during the 2015 migration crisis when the four countries seemed to oppose the EU’s idea of obligatory migrant quotas. But even back then, their unity was more rhetorical than substantial. Slovakia and Hungary attacked the European Commission’s decision in court, but the Czech Republic and Poland (back then, with Donald Tusk as a Prime Minister) did not.

There are other serious dividing lines; Poland, for example, is one of the most hawkish countries within the European Union towards Russia, while Hungary is the most friendly toward Vladimir Putin’s regime.

Even so, the two countries have something important in common: well-entrenched illiberal governments with a similarly conservative ideological standpoint, and shared positions when it comes to issues such as rule of law, LGBTQ rights, and national sovereignty. They will also be allies should EU countries try to trigger Article Seven procedures against them and so suspend national voting rights in the European Council, the EU’s main decision-making body.

EU bashing is by no means absent in Slovakia and the Czech Republic either. But in these two countries, there is a visible backlash against illiberal forces. It was clearly indicated in the results of the presidential election in 2019 in Slovakia, when the liberal Zuzana Caputova was directly elected, and in the recent Czech elections.

Just like everywhere else, voters in Central and Eastern Europe (CEE) make their political choices more on the basis of domestic political events, without much thought for the region as a whole. While they have a common experience of communist rule, they also live with the legacy of poor (if improving) transportation links, which make Budapest, Prague, and Warsaw feel a very long way away from one another. And since the domestic political landscapes — and the institutions surrounding them such as the electoral systems — are significantly different, it also means that the notion of regional domino effects is misplaced. There has been no such thing so far as a general illiberal turn in CEE; the 2008-2009 economic crisis, for example, swept away the incumbent government in Hungary in 2010, but not in Poland.

This also means that the political changes in Slovakia and Czech Republic do not herald the beginning of a “CEE Spring”, a general liberalizing tendency within the V4.

Babiš’s defeat does not suggest that Viktor Orbán will lose April’s elections in Hungary. The two leaders anyway had more differences than similarities under the surface, but the system surrounding them has even more. For example, the publication of the Pandora Papers before the Czech elections revealing that Babiš used a complicated network of offshore firms to buy a $17.5m mansion in the south of France, may have contributed to his defeat. But the fact that Orbán’s son-in-law, Istvan Tiborcz, ran a company accused by the EU anti-fraud office of “serious irregularities” in 2018 made no impact at all on that year’s electoral results. Tiborcz denied any wrongdoing.

The “fight for sovereignty” in Poland and Hungary has been successful in the sense that it resulted in more closed political systems that are also less exposed to global, European, and regional political trends. That is helped by control over much of the media, which can soften the impact of external shocks to the regime.

But it is not clear that the Czechs and Slovaks seek similar outcomes. In the coming months at least, the V4 will increasingly become V2+V2. Slovakia (a eurozone member) and the Czech Republic will look more toward the west, and seek to improve their position within the EU, while Hungary and Poland continue to battle the EU. Expect not just hostile words but also obstructionism and vetoes in the European Council, as well as legal action aiming to undermine the EU’s legitimacy.

Slovakia and the Czech Republic will do their best to avoid association with the two troublemakers. And despite widespread fears, the real danger is not that Hungary and Poland are leaving the EU anytime soon – but that they undermine the bloc from within.

As these potentially damaging disputes fester, it will be critical to distinguish between CEE countries. That means a focus on what might change in the region’s more illiberal states. Hungary faces an election next year and Poland in 2023, and while the votes may be challenged as unfair by opposition parties, both electoral systems are capable of delivering an anti-government outcome. But while Babiš’s defeat will no doubt encourage the enemies of illiberalism in Poland and Hungary, it does not mean that they will be replicated across the other V2.