All eyes are now on Catalonia, including Moscow’s. In the second report of a two part series, CEPA’s Edward Lucas re-examines independence movements from the Baltics to Crimea in order to find lessons learned amidst the self-determination process. Russia, which sows division wherever it can, is keen to question the difference between the movements for self-determination in […] 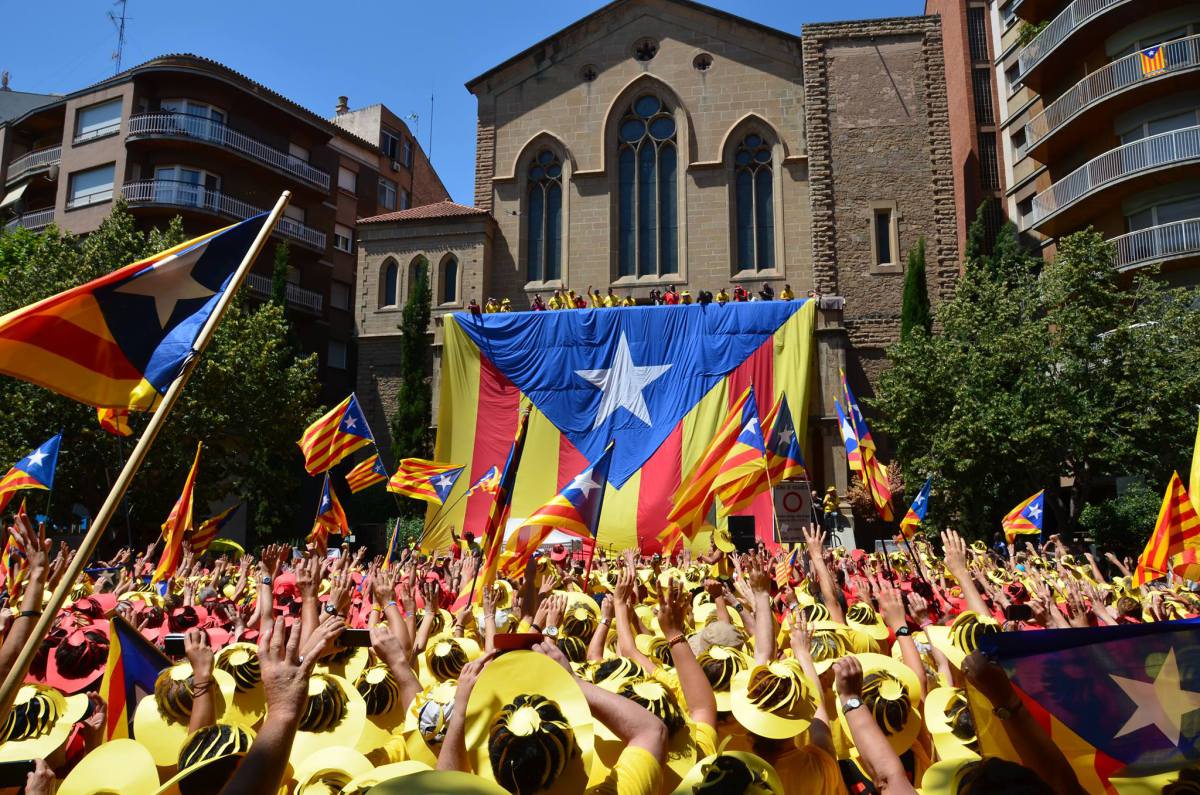 All eyes are now on Catalonia, including Moscow’s. In the second report of a two part series, CEPA’s Edward Lucas re-examines independence movements from the Baltics to Crimea in order to find lessons learned amidst the self-determination process.

Russia, which sows division wherever it can, is keen to question the difference between the movements for self-determination in Catalonia, Crimea, Kosova, Quebec and Scotland. Why does the West regard the Crimean vote to join Russia as invalid, whereas it mostly treats Kosova as a country?

These can seem like hard questions, particularly for anyone who spent the Cold War campaigning for the rights of the captive nations.

The most useful framework is the moral and historical context. In 1989-91, communist totalitarian rule and Kremlin colonialism had left such a toxic legacy that countries took whichever route to freedom was most convenient, and the world applauded. The cries of the losers—stranded Soviet-era migrants in Estonia and Latvia, for example—took second place to the rights of the titular populations. The dissolution of empires is messy, but the interests of the victims have to come first. Blame for the mess should be directed elsewhere, chiefly to the imperialists.

A related question is the center’s treatment of the periphery. Authorities in Belgrade had ruled Kosova harshly for years, whereas the central authorities in Ukraine had given Crimea generous autonomy. Hundreds of thousands of Kosovars had to flee for their lives in 1998-99 when Slobodan Milosević’s regime, which a decade earlier had stripped Kosova of its hitherto generous autonomy, began a brutal crackdown following a campaign of military resistance by Kosovar Albanians. Russians in Crimea, by contrast, actually enjoyed better political freedoms and legal protection than their compatriots in Russia. The real human rights problem was the plight of the Crimean Tatars; it is a lot worse now.

In applying these tests, the present counts more than the past. Historic wrongs that are lost from living memory are sad, but the rights of those who are alive now outweigh them.

Those seeking self-determination in a law-governed, democratic country may like to adopt the romantic lexicon used by those involved in national liberation struggles, but they are not really entitled to it. For all its grievances, Catalonia is not “occupied” by Spain in the way that Estonia, Latvia and Lithuania were occupied by the Soviet Union. Scotland is not oppressed by England; it is patronized and ignored on occasion, which is merely irritating.

The central authorities, however, do not have carte blanche to maintain whatever form of rule happens to suit them. A purely legalistic approach is likely to be counterproductive, especially when it is imposed by force. The Spanish government seems not to realize this.

But questions of separation deserve judicious and unhurried consideration. It is important first of all to define the “demos,” which either directly or indirectly is the decision-making entity. That may be in the region concerned, but it may just as well involve another level—a national parliament, for example. The legal framework matters a lot, too: if there is a constitution, it should be obeyed, not flouted. If it needs to be changed in order for self-determination to be dealt with, then the proponents of the change had better make their arguments particularly convincing in order to muster the necessary support.

The questions involved in negotiating self-determination are complicated, which means that referenda are not necessarily helpful. They polarize, when the aim should be to reach consensus. They may answer one question, but they raise others. Moreover the choice is not necessarily a binary one between full independence and the status quo; many linguistic, cultural or religious differences can be assuaged by autonomy within a liberal, democratic political order.

Finally, foreign interference is unhelpful. If a local separatist movement has overt or covert support from an outside power, it starts looking like a threat to national security, rather than the authentic expression of regional identity. If that outside power is the Kremlin, then the alarm bells should be ringing deafeningly loudly.