Careful What You Wish For: Russia and Afghanistan

Russia and China have worked hard to develop relations with the Taliban. Now their agreements with a notoriously capricious movement are about to be tested. 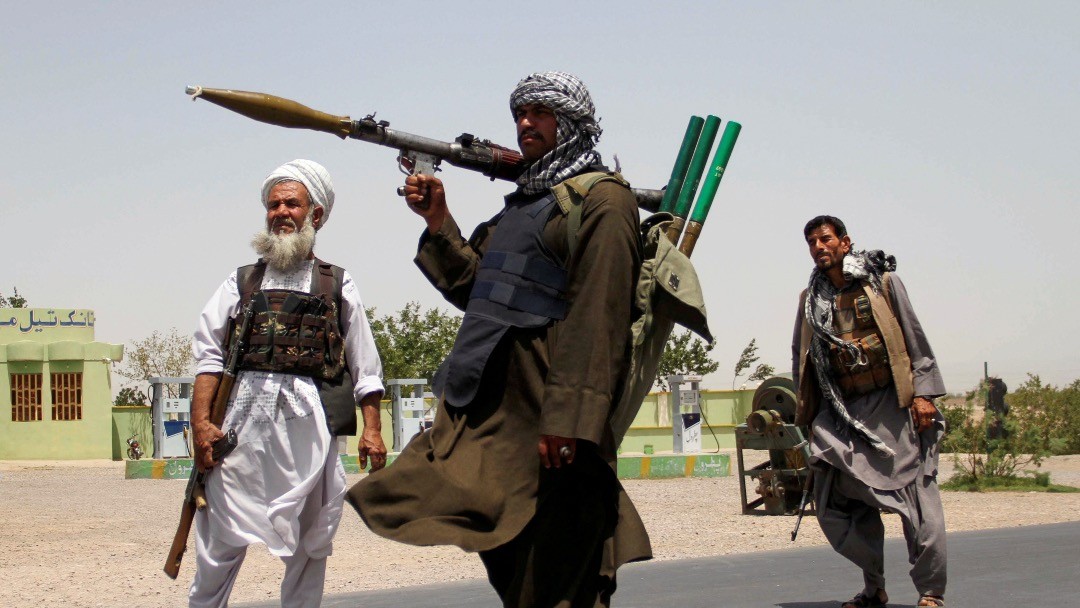 The last time the Taliban captured Kabul, in October 1996, Boris Yeltsin summoned the leaders of Central Asia to a hastily convened summit in the then-Kazakh capital of Almaty.

The summit attendees had observed the Taliban’s ethnic cleansing, its ruthlessness, and its potential to inspire radical rebels elsewhere. The meeting declared support for an arms embargo and the freezing of Afghan state accounts while promising to “reinforce the defense of the CIS’s [Commonwealth of Independent States] southern frontiers, especially Tajikistan’s.”

A quarter-century later and the Taliban are again on the CIS’s border. This time there is no summit, instead, Russia has coordinated military exercises with Tajikistan and Uzbekistan. But unlike that panicked initial meeting, Russia saw this coming. Not only did President Vladimir Putin anticipate what might unfold in Afghanistan, but he also helped to bring it about.

The Kremlin has taken inspiration, once again, from its amoral diplomatic playbook. Years of playing the Taliban and rival factions against one another have undermined the governability of Afghanistan while giving Russia the leverage needed to achieve its goals: to install a pliant but stable regime of any ideology, harden the borders of Russia’s military alliance, the Collective Security Treaty Organisation (CSTO) against the so-called Islamic State (IS), and substitute the influence of NATO with that of its allies and partners.

When Kabul fell to NATO-backed Afghan forces in 2001, Russia welcomed the Taliban’s downfall. Vladimir Putin had come to power on the back of his campaign against jihadi rebels in Chechnya and saw the War on Terror as a chance for rapprochement with the West. Russia was helpful, making its airspace and railways available to supply Western troops, and blessing the Western use of bases in Afghanistan’s neighbors. But as relations between the West and Russia soured and the threat from the North Caucasus receded, Russia turned back to the Taliban, with “significant contacts” beginning in 2007. In 2011, Putin appointed as special envoy to Afghanistan the Uzbek-born Zamir Kabulov, who had earlier negotiated directly with Taliban leader Mullah Omar.

Although Afghanistan’s current government was one of the few worldwide to recognize Russia’s annexation of Crimea, the Kremlin now seeks confrontation with the West and the elimination of IS. Russian officials doubted Afghanistan’s ability to help in the latter and saw that weakening the government position could support the former. In 2015, Russia closed NATO supply routes and began sharing intelligence on IS with the Taliban. By 2018, Russia had begun shipping weapons to the Taliban while facilitating talks between armed rebels and opposition politicians, further eroding the power of President Ashraf Ghani. Russia’s Foreign Ministry soon thereafter accused the United States of supporting IS.

The IS threat, and the belief in American intransigence or worse looms large in Russia’s rationalization of Taliban support. Last month, Russian intelligence claimed it had foiled a three-pronged IS attack in Moscow, Astrakhan, and Kabardino-Balkar. “The Taliban in the north of Afghanistan will restrain the growth of threats from [IS],” Kabulov said at a roundtable earlier this month. “The Taliban have been actively fighting ISIL all these years, which cannot be said about the Americans . . . or about the current Afghan government.” Meanwhile, Kabulov dismissed claims of ties between the Taliban and al-Qaeda as mere “speculation.” The potential of Taliban-enforced stability bodes well for CSTO nations, according to Defense Minister Sergei Shoigu, given the Taliban’s assurances that they have no designs on Tajikistan or Uzbekistan. In turn, Russia’s partners have sought the good graces of the Taliban, promoting the eye-catching argument that a Taliban victory would be a blow to jihadism.

China, Afghanistan’s largest trading partner, is also worried and is also doing business with the Taliban. China’s fight against the Uyghur-separatist Turkestan Islamic Party (TIP), which once operated from Afghanistan but the U.S. believes now no longer exists, has served as a pretext to repress its Muslim Uyghur minority in Xinjiang province and is among China’s top priorities in Afghanistan. The Taliban have used the threat of TIP to court China, accusing the U.S. of supporting the group. In a joint statement with Foreign Minister Wang Yi, the Taliban promised: “never to allow any force to use Afghan territory to engage in acts detrimental to China.” China, in turn, framed a Taliban-led “peace process” as an expression of the Afghan people’s will. China in exchange is reportedly prepared to recognize the Taliban as Afghanistan’s legitimate government.

Iran, which nearly went to war with the Taliban in 1998 following the massacre of thousands of Shiite civilians including Iranian diplomats, has seen bitter internal division over Afghanistan policy. Javad Zarif, the outgoing Foreign Minister, hailed the “defeat” of US troops and referred to anti-government forces as engaged in “jihad against the foreign occupiers.” Hardliner newspapers have lauded overtures to the Taliban, claiming the group is changed and pacified, sparking sharp backlash from reformists and Shiite nationalists. The Fatemiyoun Brigade, a battle-hardened group of Shiite Afghans that fight for the Islamic Revolutionary Guard Corps in Syria, could provide Iran with an instrument of blunt influence in a chaotic Afghanistan.

When the Taliban first came to power, the rules-based world order still dominated. Both regional and world powers, rivals, and allies, collaborated to isolate a brutal and destabilizing regime. Today, Russia ships weapons to rebels still designated as terrorists domestically; China promises to grant legitimacy to a group that harbored Uyghur extremists, and Iran supports the perpetrators of ethnic cleansing of Persian-speaking Shiites. Each is aware of the chaos accompanying Taliban rule. Large refugee flows are inevitable. Unrest during the Taliban’s first reign spilled into Pakistan, Uzbekistan, Tajikistan, and Xinjiang.

Whether this is a price worth paying for Western humiliation, only time will tell. Whatever the geopolitical consequences, the suffering of the Afghan people in a world of strictly transactional alliances will only grow.