Russia is repeating its usual mistake - and losing "brotherly Belarus". 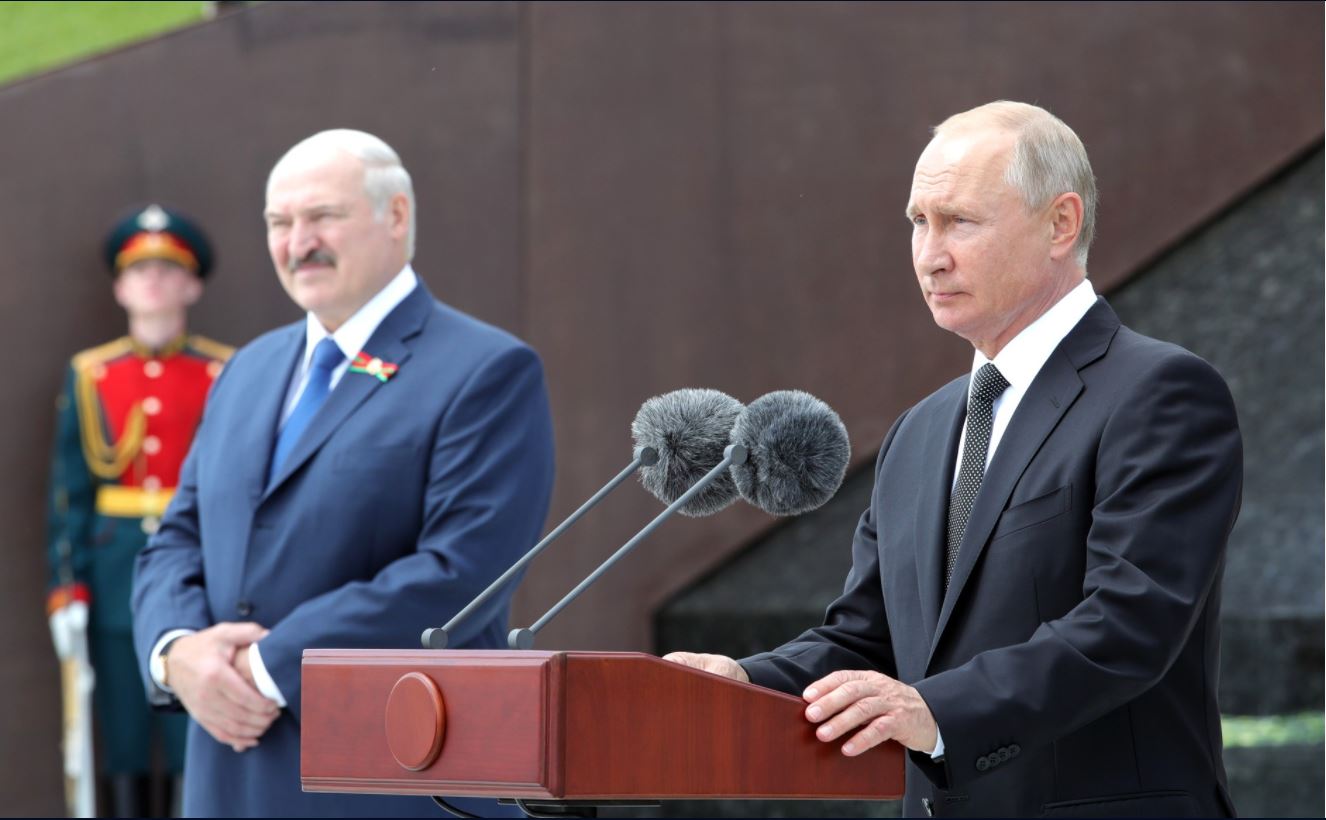 Russia is repeating its usual mistake — and losing “brotherly Belarus”

The protests in Belarus on Sunday had a subtly different flavor. The bravery and creativity were the same, as was the brutish behavior by the riot police. But attention has shifted a little from the regime’s own misdeeds towards the price that Russia might ask (and Belarus might pay) for its survival.

The talks last week between the Russian prime minister Mikhail Mishustin (real title: the Kremlin’s messenger boy) and Aliaksander Lukashenka, the Belarusian president (make that “usurper”) presage a revival of talks on closer economic and political ties. Russia would bail out the regime in Minsk financially and politically, in return for its subjugation. More details may emerge after Lukashenka meets the Russian leader Vladimir Putin on September 14th.

This may make sense in tactical terms for the Kremlin. You give something in order to get something. A bigger military footprint in Belarus, a whiff of geopolitical glory, and the chance (no doubt) for cronies in Moscow to acquire some lucrative assets would perhaps make up for the difficulties involved, and the messy business of dealing with the pro-democracy protests.

But from a strategic point of view, this approach is disastrous. The protests in Belarus have so far been notable for their lack of anti-Russian or anti-Kremlin sentiment. Nobody is complaining about the imposition of Soviet rule on the Belarusian Democratic Republic in 1919. Nobody is demanding an accounting for the crimes committed by the Kremlin on Belarusian territory in past decades. Nobody complains about the russification of the Khrushchev era. Nobody is waving European Union or NATO flags, or calling for the country to make a decisive westwards shift in its geopolitical orientation. The protests have focused on simple, immediate demands: free elections, the release of political prisoners, and an end to police brutality.

Russia should rejoice at this. Let the Lukashenka regime pay the price for its misrule. A democratic upheaval in Belarus might be inconvenient, but wily, powerful Russia could manage the fall-out, just as when the kleptocratic and authoritarian regime in Armenia fell in 2018. By contrast, in propping up the regime in return for what will be perceived as a crippling and humiliating diminution of Belarusian sovereignty, the Kremlin will create exactly the problem it most wishes to avoid: anti-Russian (or at least anti-colonial) sentiment in its one remaining ally.

This mistake is not new. It is exactly what the Russian Federation has been doing since 1991. It is hard to remember now the affection and respect that democrats felt for each other throughout the former Soviet Union in the weeks and months before and immediately after its collapse. I remember watching huge demonstrations in Moscow in support of the Baltic states, still battling against Soviet occupation. I sat in on meetings where the city officials from Moscow and Leningrad conspired with the leaders of what were then “Soviet republics” to subvert the Kremlin’s grip on the economy. The slogan “for your freedom and ours” had real clout and meaning.

All that changed when it became clear that Russia had not really changed. It dragged its feet on withdrawing its occupation forces. It meddled in the affairs of the former captive nations, using money, propaganda, and subversion. NATO membership, once impractical, suddenly became a moral and strategic imperative. Wars in Georgia and Ukraine made those countries into adversaries. Even non-NATO Sweden and Finland eventually realized that the threat from Russia was real. Now even mild-mannered Belarusians are learning the same lesson Imperial Russia has no friends or allies, only subjects. Russians may lament the loss of “brotherly Belarus”. They have only themselves to blame.