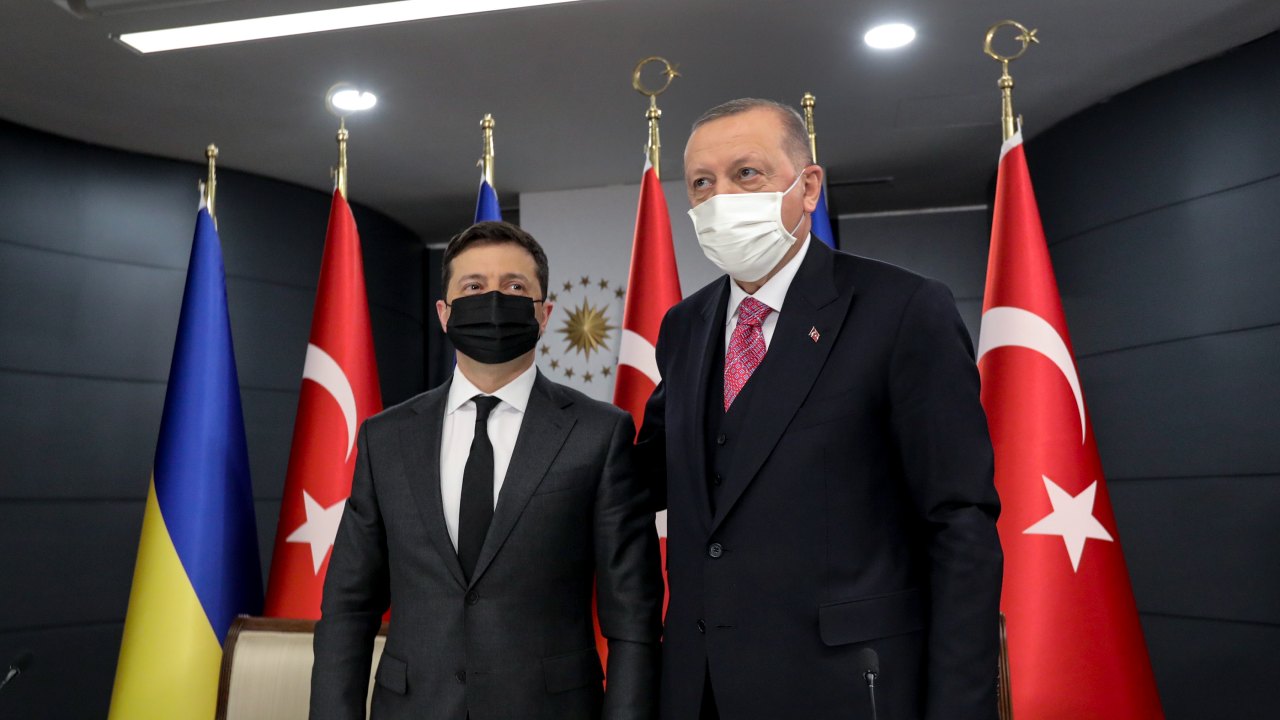 Ukraine has a malign and aggressive neighbor, which has seized great swathes of its territory, maintained an unending war in its east, questioned its statehood, threatened its energy supplies, and taunted its leadership with threats of more to come.

Like any country in this position, Ukraine has looked for friends where it can find them. One important ally has been NATO member and Black Sea neighbor, Turkey. President Recep Tayyip Erdoğan has developed links with Ukrainian leaders regardless of their political background throughout the period of Russian military aggression and now represents one of the country’s most important regional allies.

Yet while the relationship has endured, how much can Ukraine expect from Erdoğan, and how enduring will his friendship prove? As a significant regional power with access to some advanced technologies, Turkey is well-placed to assist.

First, Ukraine needs lethal and nonlethal assistance to counter the Russian invasion of the Donbas. Turkey has provided military aid through the sale of unmanned aerial vehicles (UAVs) and communications technology. Ukraine is keen for another 24 drones, which has — predictably — upset the Kremlin. Erdoğan and Ukraine’s President Volodymyr Zelenskyy have continuously discussed their security concerns over the Black Sea, as well as how they might cooperate on defense capabilities — Ukraine has engine-making facilities which interest Turkey.

Second, Ukraine has called for political support as it continues to pursue its goal of reintegrating the Russian-occupied Crimea and Donbas. Turkey has continuously supported Ukraine’s territorial integrity and sovereignty, as well as its NATO aspirations. Turkey has condemned Russia’s illegal annexation of Crimea, and Erdoğan rejected the Russian elections in Crimea. Turkey also sent a delegation to Ukraine’s Crimea Platform summit in a signal of solidarity.

Third, Ukraine requires financial assistance. Over the past few years, Turkey has become one of Ukraine’s top foreign investors. More recently, Erdoğan and Zelenskyy met to discuss the potential of a free trade agreement. They also discussed the supply of liquefied gas, something of great importance and interest to Ukraine given Russia’s Nord Stream pipelines to Germany, which were designed to bypass Ukraine and make it more vulnerable to Russian supply cuts. When the controversial project, Nord Stream 2, is complete and Ukraine’s gas pipeline becomes obsolete, the country could be denied gas altogether.

But while there is good reason to believe that Turkey is seeking to assist Ukraine, there are equally good reasons to think that this help is limited. Russia is a neighbor of both countries and Turkey has more critical interests elsewhere.

Erdoğan has been slowly building relations with President Vladimir Putin, which were badly (and expensively) damaged in 2015 when Turkey shot down a Su-24 Russian jet. Since then, Turkey has been keen to keep relations with Putin cordial and the pair meet regularly to discuss the multiple issues between them, including Syria, Libya, and the South Caucasus.

Last month’s meeting in Sochi was described by Aleksandr Dugin, a Putin advisor, as having historical significance: “At this summit, the heads of the two states drew their red lines and a roadmap for the new world. From now on, Turkey and Russia have embarked on a new path, and this will affect both regional dynamics and the whole world.”

That may be code for Russia’s understanding of Erdoğan’s weakness. The Turkish economy is in serious trouble; while growth is rapid, inflation is almost 20% and the lira has plunged by 20% against the dollar this year, mainly because of political interference in monetary policy. Russia provides a major market for Turkish food exports and sends large numbers of tourists each year, giving it powerful leverage. Meanwhile, the natural gas crisis and swiftly rising prices are refilling the Kremlin’s coffers. It is reasonable to conclude, given its past statements, that one of Russia’s “red lines” in its discussions with Turkey is the supply of high-tech weaponry.

Meanwhile, Turkey is becoming ever-more dependent on Russian arms. Having ignored U.S. warnings that advanced F-35 jet sales would be halted if Erdoğan chose to buy S-400 Triumf long-range anti-aircraft missile systems (because the system is designed in part to destroy F-35s), Turkey chose to proceed with the reported $2.5 billion deal despite concerns raised about its strategic orientation. Now it is seeking more S-400s.

Energy policy is also necessarily skewed toward Russia. In December 2014, six months after the Russian military incursion into eastern Ukraine, Russia announced its new Turkstream pipeline deal to deliver gas from Russia to the Balkans through Turkey, bypassing the preexisting pipelines that flow through Ukraine, Belarus, and Poland to Central Europe. TurkStream became operational in 2020. The finished pipeline has given Turkey and Russia greater influence over the European continent as they have a direct route into southern Europe. They can also control the flow of gas into this region. Meanwhile, Turkstream has “depriv[ed] Ukraine and Moldova of transit revenue,” though they are two of Europe’s poorest countries.

Overall, given the continued souring of Russo-Ukrainian relations, Ukraine needs allies who can readily come to its aid if the conflict was to escalate. Countries such as the United States, Canada, and the United Kingdom have supported Ukraine, but their response to any escalation would come too late given Russia’s geographic proximity. And yet, while Turkey provides Ukraine with such an opportunity, Erdoğan’s foreign policy is based on realpolitik rather than shared principles. Ukraine will have to tread lightly as it continues to develop the relationship. 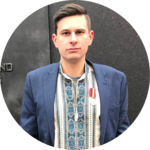