Below the Surface — Australia’s Submarine Saga

The move from French conventional subs to U.S.-UK boats will be fraught with problems even after President Macron’s anger has abated 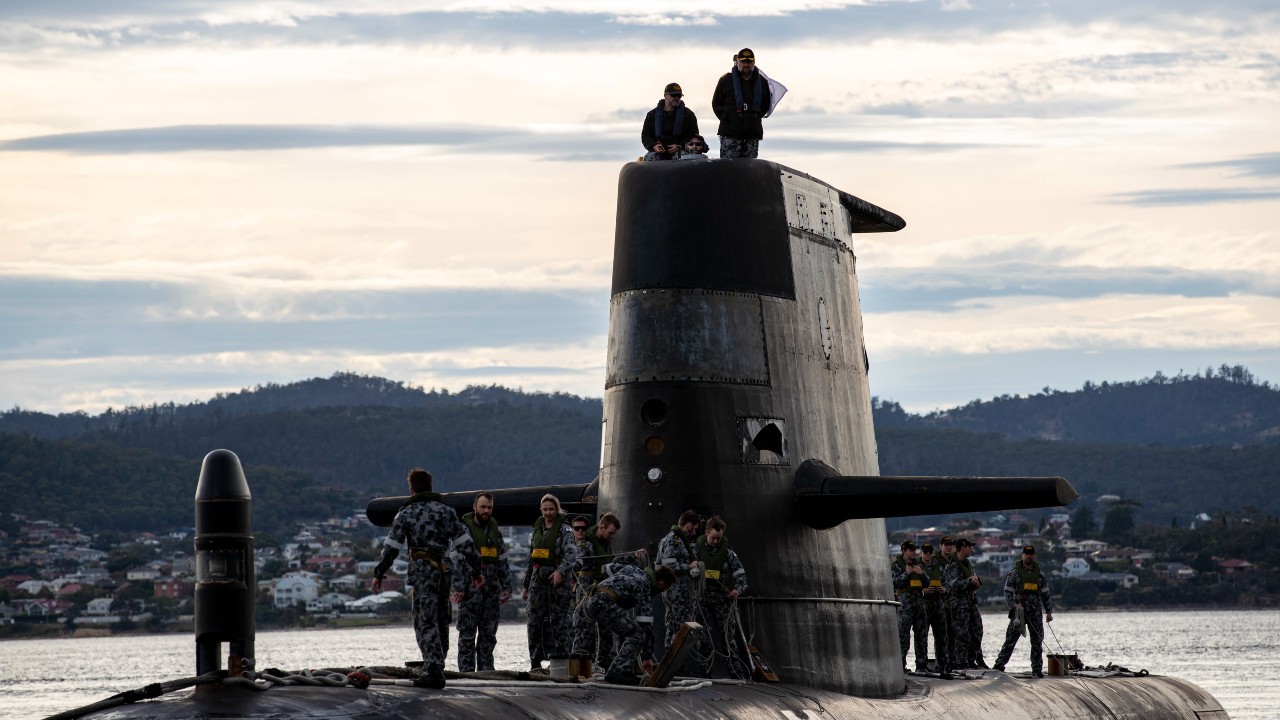 When the Australian government and French shipbuilder Naval Group signed their overarching Strategic Partnering Agreement to manage the Future Submarine Program for its 50-year life in February 2019, Prime Minister Scott Morrison described it as “more than a contract.”

“I reckon it’s the greatest partnership between Australia and France since [Resistance fighter] Nancy Wake was let loose on the Nazis in the Second World War,” Morrison said.

Now Morrison finds himself trying to mitigate French outrage over the axing of the $AU90bn ($65bn) submarine project by treating it as a contractual matter, arguing Australia had reached one of the “gates” that allowed the deal to be canceled.

Publicly and privately, Morrison and government sources maintain the level of French fury — which included the recall of the Australian and US ambassadors to Paris, and warnings that a hoped-for free trade agreement with the European Union might be canned — was expected.

“There was never going to be an easy way to not proceed with this contract. To think there was, I think would be naïve,” Morrison said from New York this week. While President Joe Biden has now agreed to meet his French counterpart, Emmanuel Macron, next month and to return his ambassador to the U.S., it is far from clear that French rage toward Australia has cooled.

Yet inside Australia, the cancellation came as no shock. Ever since Naval Group was chosen in April 2016 to design and build 12 conventionally powered submarines for the Australian navy, the relationship has been marked by tense negotiations, delays, and cost overruns.

Morrison’s frustration with the project has mounted for months and earlier this year, this writer revealed a top-level review of the submarine program was canvassing alternate options, and that the axing of the deal was a possibility.

The surprise though was the government’s Plan B. Publicly, it was touted that the government was looking at a “Son of Collins”, preparing an updated design of Australia’s existing submarine fleet in conjunction with its original designer SAAB Kockums.

What wasn’t known was the two-track process Morrison had in place with a secret study and then negotiations with the United Kingdom and United States to acquire nuclear-propelled submarines, a choice Morrison said was necessitated by the “deteriorating strategic environment,” code for China.

While France has been left muttering about betrayal by the Anglosphere, Macron seems to have miscalculated the depth of Australia’s fears regarding China. France describes China as a security “concern,” but from Australian policymakers’ perspective, the country is seen as an outright threat. From that viewpoint, it was natural for Australia to gravitate towards its oldest friends, bound together by a common language, history, and increasingly a worldview. These differences in perspective, perhaps inadequately explained by Australian diplomats, go a long way to explain events.

At a strategic level, acquiring nuclear-powered boats has been widely welcomed by defense analysts, although an almost 20-year wait for the first is laughably long given the pressing need for an upgraded fleet now. Murmurings that Australia will try to lease submarines off the UK or U.S. as an interim measure are gaining momentum, but Canberra is also planning to invest heavily in missile technology.

Crucially, the announcement won bipartisan backing from the opposition Labor Party, although it has begun to raise (legitimate) questions over how relying on the U.S. and UK for their sensitive nuclear technology is compatible with the government’s aim of greater sovereign control of military hardware for Australian forces.

The strongest opposition to the Aukus deal has come from former Labor prime ministers Kevin Rudd and Paul Keating.

Keating, out of office for more than 25 years but still a champion of Asian integration, has in recent years attacked the growing skepticism and influence of a security establishment increasingly concerned about China.

And while Rudd’s 2009 defense white paper recognized the need for a bigger submarine fleet, little progress was made. Rudd is highly critical of the government’s “cavalier” treatment of the French by keeping them in the dark and so amplifying their grievances.

Certainly, the strongest domestic criticism of the Australian government’s approach has been its diplomatic handling of the issue. The duplicity may have been necessary (some analysts say France would have worked hard to strangle Aukus) but feeds into the view that Morrison and his foreign minister Marise Payne can be clumsy on the world stage, as when they failed to marshal allies to support Australia’s call for an international inquiry into the origins of the covid-19 pandemic, a call which triggered Chinese sanctions against Australian exporters.

It is also jarring that the treatment of the French undercuts the philosophical underpinning of the 2017 foreign policy white paper, which articulated the need for Australia to develop a “web of alliances” to create a balance to China given Trump-era doubts over America’s long-term pre-eminence and future willingness to defend allies.

France, as a major Pacific player in its own right, as well as a permanent member of the United Nations Security Council, was to be a key part of Australia’s hedging strategy and an advocate in Europe.

That ambition has been shattered, although the wider damage to Australia’s relations with Europe is yet to be seen. European diplomats in Canberra suggest while France is trying to whip up anger, other European Union members have good relations with Australia and some are fed up with an agenda constantly set by France and Germany.

While initial press speculation suggested Australia would acquire a Virginia class submarine from the U.S., the opportunity to partner with the UK on the replacement for the Royal Navy’s Astute-class vessels may well prove compelling. The Virginia class, with its larger size, crewing requirements, and wider array of mission profiles, could be a step too far for the Australian navy.

There are also industrial synergies with a British tie-up. BAE Systems is adapting its Type 26 frigate for the Australian navy, although that program has run into trouble too. The company also builds the UK’s submarines.

Reports that the Royal Navy wants to use Australia as a submarine base for Indo-Pacific operations would also give the UK a leg-up. That could establish the infrastructure and skills base to support Australia’s submarines.

But there are plenty of risks for Australia. What happens, for example, if the UK’s renewed focus on the Indo-Pacific does not endure beyond the mercurial Boris Johnson’s time in Downing Street, or if a future U.S. President takes a more skeptical view of the transfer of highly sensitive nuclear technology?

Andrew Tillett is political correspondent for the Australian Financial Review, specializing in defense and foreign affairs.